Are the Olympics Really Worth It? | Teen Ink

Are the Olympics Really Worth It?

1976. Montreal. Queen Elizabeth II, Queen of England, smiled as she opened the Olympic games. Over 70,000 people from around the globe cheered as the Olympic torch was lit. 500 million more cheered on from home. Athletes were overwhelmed with emotion as their childhood dreams of gold, silver, and bronze were just out of reach. Over the next two weeks, they would demonstrate feats of human ability that most people could never dream of. Then, they would return home, and start training for the next Games.

When all the athletes had left the city, when all the fanfare was over, when the Queen had returned to England, what remained was empty stadiums, abandoned hotels, and immense amounts of debt that would not be paid off until 2006. Fans cheering on the opening ceremony at home could not see the construction workers finishing the stadium and clearing away the debris. The cost for these Olympics was thirteen times greater than the initial estimate.The scramble to complete the infrastructure, the ballooning budget, and the corrupt officials would lead to an Olympic games that ended up wreaking havoc on the city of Montreal.

This is not unique to the Montreal games. Many economists point to the 2004 Summer Olympic held in Athens as the start of Greece’s many financial woes. Even the 2016 Olympics, which did lead to substantial job growth in the host city of Rio, led to tens of millions of dollars of debt.

It is no secret that the Olympics are an incredibly expensive endeavor. Prospective hosts pay an entry fee of $150,000. Cities chosen as finalists in the Olympic bid then put together more costly proposals for the low fee of $500,000. After these fees, the proposals themselves come in at hundreds of millions of dollars. Chicago, which ran an unsuccessful campaign to host the 2016 Olympics, ended up spending upwards of $150 million on its bid.

If a city is chosen to host the Olympics, these entry fees are just the beginning. Host cities are required to construct 35 different athletic venues, an Olympic village equipped with anything an athlete could possibly need during their stay, facilities for media and television production, space for the opening and closing ceremonies, and transportation between these facilities. Additionally, host cities undertake infrastructure and beautification projects, as well as facilities to house the incoming wave of tourists. Tokyo estimated that undertaking this project would cost them $7 billion dollars. It ended up costing them $12 billion dollars.

Most host cities run over budget due to the hard deadlines required for the Olympics. While other infrastructure projects can run overtime with little effect on the city, Olympic facilities need to be finished by the Olympics to accommodate athletes and tourists alike. While cities have over a decade to complete these projects, construction typically comes down to the wire, with massive teams working overtime to avoid disaster.

Cities undertake this massive project with the hope of increasing tourism, completing long overdue infrastructure projects, making profit from TV revenue, and putting themselves on the map. However, the payoff is rarely as big as expected. While many people do travel to watch the Olympics, they don’t often spend time exploring the city and seeing what it has to offer. Many people interested in visiting the host city avoid it altogether during the Olympics due to large crowds and price hikes. Due to the Covid-19 pandemic, tourists are not even allowed to view the Tokyo Olympics. Additionally, host cities are making less and less in TV revenue as the International Olympic Committee takes upwards of 70% of the revenue made through television viewership.

The nails in the coffin for many host cities are the stadiums. While some host cities do attempt to repurpose them or use them for tourism, this adds on an additional cost of billions of dollars. Many of these facilities fall into disrepair. They negatively impact residents of these cities as well as they take up valuable space and cause ecological ruin and large disparities in property value. It’s safe to say that the Olympics are an economic gamble that don’t often pay off.

So are the Olympics really worth it?

It isn’t worth it, however, to watch countries already drowning in debt take on a project that has the potential to ravage them for years to come. The question then becomes “How do we reconcile the joy of the Olympics with the economic hardship they cause?” In the past, the cost of the Olympics was much more manageable and companies participated to preserve the spirit of the games, not to turn a profit. Perhaps, just as we did when we reignited the Greek tradition in 1896, it is time to return to the original spirit of the games. 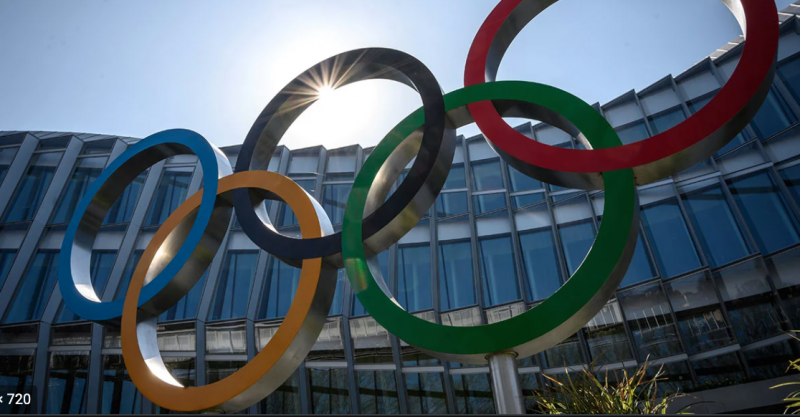