Is The Truth Written On The Wall? | Teen Ink

Is The Truth Written On The Wall?

When running for presidency, Donald Trump announced he was going to build a wall that would hopefully stop Mexican immigrants from coming to America. He went through with it, and the wall is now also at the center of the Government shutdown, with Trump wanting six billion dollars to complete it. He promises, with the wall being finished after given the money in the budget to do so, that American jobs will prosper because “Mexicans take our jobs,” and it will “prevent illegal immigration.” However, this wall is doing so much more to hurt America and Mexico then it’s helping.

Immigration has to have a reason; You wouldn’t just leave your home for fun, or because you wanted to run away. It has to be something bad, something bad enough that you would leave your family, home, and entire life for; something that you would risk dying and going to jail for. Mexicans want to, and do, leave in search of a better life in America, mainly because of crime, illegal drugs, and corrupt leaders, says a major survey done by the Pew research center. That’s nearly one in three Mexicans who say they want to immigrate in search of a better life. By building a wall, Trump isn’t securing the borders and making life better, he’s sealing off and ignoring the major problem of how Mexicans are suffering in their country.

When someone is physically abused or in a bad environment, we help them get out of that situation. Mexicans are in the same position, and are forced to illegally come to this country to escape crime, drugs, and a bad life, but we see them as bad people. In America, we need to help these people and stop seeing them as immigrants, and more as victims. Everyone is human, and Mexicans just want their life and their children’s to be better, like all of us. The wall isn’t going to solve the problem of a bad environment, and is the equivalent of seeing something bad happening but not doing anything. Bad things happen when people stand by, and this wall is only solidifying that statement, and the fact that we’re covering up the internal and underlying problems of Mexico that make people want to immigrate. America needs to help Mexico become a more hospitable country, not seal it off and ignore it. 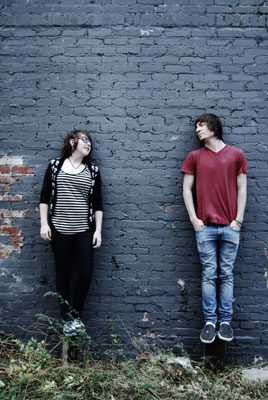 I wrote this in response to the prompt about the wall. My mother personally left Germany with her exhusband in the 1980’s when she was in her twenties, and can say from experience it’s hard leaving your entire life behind.