The Music in Children | Teen Ink

The Music in Children MAG

Music is a crucial element of humanity. Yet schools all around the country have deemed music programs unnecessary. Music stimulates the mind, it supplies an emotional outlet for students, and it develops social skills. Does any of that sound expendable?

Music stimulates the human brain. According to a 2006 Harris Interactive poll of high school principals, schools that have a music program have an 18 percent higher graduation rate. The Journal of Research in Music Education shows students who take a high-quality music course score an average of 21 percent higher on the English and math portions of standardized tests than students taking an inferior music class. About 99 percent of students who won awards in the Seimens Westinghouse academic competition in math and science played a musical instrument.

In addition, music creates an emotional outlet for angry and frustrated students. The Texas Commission on Drug and Alcohol Abuse Report found that students who participated in a band or orchestra were less likely to use drugs, alcohol, and tobacco. “America’s Performing Art: A Study of Choruses, Choral Singers, and their Impacts” found that those who participated in a choir were 32 percent more likely to engage in voluntary community service. Music has boosted the self-esteem of troubled students, reducing their chances of committing crimes.

Music can increase a child’s social skills as well. Gov. Mike Huckabee declared, “Ask a CEO what they are looking for in an employee and they say they need people who understand teamwork, people who are disciplined, people who understand the big picture. You know what they need? They need musicians.” Think about it: When people play together, they are forming leadership skills and learning cooperation. Music gives children a way to interact with each other, as well as a way for shy children to make friends.

Why should administrators ban a crucial program while they build a new computer lab? Is enhancing the lunch program worth the cost of eliminating music? Why not hold a fund-raiser? What is keeping school boards from saving music?

When schools cut music programs, students are denied the ability for their brain to function at full capacity, they lose an outlet for their emotions, and they cannot perform their best socially. As President John F. Kennedy said, “The life of the arts, far from being an interruption, a distraction, in the life of a nation, is very close to the center of a nation’s purpose – and is a test of the quality of a nation’s civilization.” 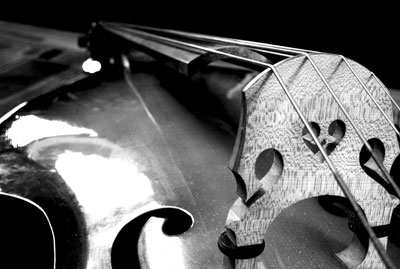 Rocinante SILVER said...
on Sep. 29 2011 at 5:10 pm
Rocinante SILVER, Wexford, Pennsylvania
7 articles 1 photo 386 comments
View profile
I don't play an instrument but I enjoy music and I agree that it's important...I think schools should get more funds so they can support a good musical education for all.
FlyleafFreak DIAMOND said...
on Sep. 6 2009 at 6:56 pm
FlyleafFreak DIAMOND, Loveland, Colorado
51 articles 0 photos 203 comments

View profile
I sooooo agree with you! Especially with orchestra it is one of the most under-appreciated subjects in the country. Don't shut us down, there is so much talent and so many dreams they go into and come from orhcestras everywhere.
Dead_Eyes said...
on Dec. 27 2008 at 4:11 am
I wish my school had a music program. All they have is band and I'm not interisted in any of the instuments that they have.
100%BAND Nerd said...
on Dec. 1 2008 at 2:15 pm
This article is great!!If my school didn't have music I don't know what I'd do.I'm in the band and they are like family to me and it would be horrible to lose them.The article shows the music program is needed.
spellingmath said...
on Oct. 4 2008 at 2:01 pm
WOW! That was awesome. I can't imagine what I would do if my school didn't have a music program. I want to be a Broadway actress, so I need musicals and chorus to live out that dream. If a school doesn't have a music program, that takes out so many options for students because music colleges will be looking for students to be involved in such progarams. It's inconvenient for students to have to go out of school for music. Great opinion, I agree with you 100%!