The apathy of the American people is sickening. Thegeneral public has become so confident in our government that it is willing tosit back and let the political machine churn away. Voter turnout has beenoutrageously low the last couple of decades, yet there are so many problems withthe way our government works, it is ridiculous. The simple fact that people feeltheir "vote doesn't count" shows a lot is wrong.

We have thisnotion that we live in a grand democracy, but do we really? In a true democracy,no one would be left with an empty feeling that the government is a separate,uncontrollable entity. This discrepancy was never clearer than in our lastelection.

Did either of the two main party candidates do a fair job ofrepresenting the American people? No one sat up to notice the primary elections;people were perfectly happy to let the Democrats and Republicans choose whomeverthey'd had in mind all along.

The American people got what they deservedfor Presidential candidates - two men who are pretty similar. The general feelingof the people in this country who even knew an election was going on was thatthey were being forced to choose the lesser of two evils. Choosing between twowhite, Christian men both reared by well-off families and educated at Ivy-Leagueschools was something not many cared enough to do. In the end, it was clear thatthis choice was not much of a choice at all.

Our system of voting couldnot even determine who won the election. Because of the American people's generalapathy for the entire electoral process, no one noticed how corrupt it was.Everyone made such a stink about Florida with its dimpled and pregnant chads andaccusations of discrimination, but after all was said and done, 49 states wipedtheir foreheads and said, "Phew." They were all quite glad no one hadscrutinized their voting processes.

Bill Clinton said it best: "Now no American can say their votedoesn't count." America's general lassitude got it the president itdeserves. I hope people will try harder to make our country a democracy and notbe so willing to accept the status quo. I hope we will push our government toimprove itself. If not, we will continue to get what we deserve. 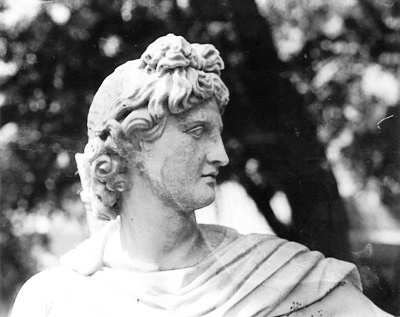