Albus Potter and the Ring Leader

Before Wizards went into hiding from Muggles, wands were a rarity and magic was more of the elemental type. But of course, everything evolves and knowledge spread and grew. Then the demands of Muggles became too much for the Wizards and the Magic Folk became fantasies to the Non-Magic Folk.
...
A boy with a heroic father is going to school to become a successful Wizard. He is smart, talented, and as normal as he can be in the glow of his father's heroism. Then, unexpectedly, students begin to vanish from his school, one of them his close friend. 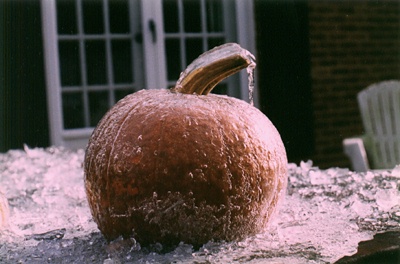 Albus Potter and the Ring Leader

Favorite Quote:
"Follow your heart, but take your brain with you."

This book has 5 comments.

Favorite Quote:
"Only one link of destiny can be handled at a time." - Winston Churchill

View profile
This is absolutely amazing!
cantdeleteaccounthelp said...
on Jan. 7 2012 at 4:17 pm
cantdeleteaccounthelp, Sey, West Virginia
0 articles 0 photos 64 comments
View profile
I love this! I want more! You have such an amazing writing, it makes me feel like if it was made by JKR herself! The story is great too! I can't wait to read what's next!
1ClassicLady1 SILVER said...
on Jun. 13 2011 at 8:58 pm
1ClassicLady1 SILVER, Mona, Utah
6 articles 0 photos 37 comments

View profile
Thanks. I'm still working on the rest of it. I looked up some of your work... you've got talent! You should write something a little longer.
tallgirl1222 SILVER said...
on Jun. 13 2011 at 3:13 pm
tallgirl1222 SILVER, South Pasadena, California
5 articles 0 photos 11 comments

Favorite Quote:
"Actions make character. If you never do anything, you never become anyone." An Education 2009

View profile
This was great and really entertaining.  You have a very descriptive writing style.  Were you planning on posting more?