Rock of the Rain God

All around me red dust billowed in the wind, as sand picked up to form red pillars of smoke, which blocked out even the greatest of the majestic saguaro cactuses on the horizon. I opened my eyes, and all I could see, was red. I was surrounded by a red mist of sand, and red wind howled mercilessly in my ear, blocking out the yells of my mother. Red, was the only thing on my mind. The beautiful red of monument valley.

As soon as it started, the storm of dry red sand stopped, and my eyes focused themselves upon the once cyan minivan standing upright near the unpaved dust road. Dust coated the van, and it was no longer the flaring color it seemed to be before. I shifted my gaze, and the large hulking saguaros floated back into the desert scene. Red mountains littered the horizon, and in front of me stood the most alien desert scene. It took me a long moment to convince myself, that this red world was Utah. It was beautiful all the same.

What brought me here? Well, that was simple. Beauty. Beauty was the sole factor that brought me here, because it would be ignorant, and it would be against the pureness of man?s soul to avoid such beauty as this monument valley. I was a child of 6, with my whitish hair, and my fair skin, now darkened by the dust, and spirit of the Indian valleys where I now set foot. I was a child, a mere kid, and yet, through out this travel through the spirit lands of Arizona and Utah, I grasped this concept. This was something to remember, something never to forget. This was true beauty, not found in any other place on earth. This was true beauty, and in my years to come, I could only stare back at the memorable photos, and wish I stood there, at the base of that very same red canyon.

I looked up upon the canyon, and a large round wall rose out of the ground, a wall of pure solid rock. The wall, rose higher, and higher, as I picked up my gaze upon the mystic sky, until it ended with a rounded plateau at the summit. My irises focused indefinitely upon the weathered and worn surface of the large plateau that jutted out of the ground, and I took some time to recognize the valley around it. The red valleys the surrounded this large, rocky phenomenon where miles away, and no more formations of pure red rock were any where to be seen along the bottom of the red canyon. Just this large plateau, red in color, stood among the bottom of the valley. In my soul, I knew this rock was special. I was young, but I felt a presence of a spirit so strong, I felt it shatter my thoughts, and constrict my breathing. It was magic. No, it was simply spiritual. All I knew, was that the rock, that stood so serenely, and so untouched, was not from this world. The rock gave off an aura, a mystical radiation that came from the deepest ends of the earth, and from the furthest reaches of the sky. It was magical.

I had the large rock in my sights, and I slowly picked myself up from my stooped position. My foot dragged forward, and I made a step, bringing billows of dry dust to my face. I made another, and soon another, and in the moments following, I couldn?t help myself. My feet threw themselves into a brisk run, and in seconds, I couldn?t stop. The image of the rock filled my eyes, and entered my brain, and I knew, deep in my heart, that the spirit of the rock was calling to me, that this very same aura emanating from the rock was pulling me. I was getting incredibly close to that spirit rock, and soon I entered the shadow of the giant rock, and for a moment I stopped, and looked up into the sky, and I realized just how big that one rock was. It loomed over me, and towered upon me like a behemoth ship. It was a giant, and shivers crawled down my spine just staring at the smooth red surface, and all of a sudden, the heat of the noon desert was not enough to keep me warm in the shadow of that spirit rock.

I threw out my arm, and my fingers were ever so close to the rock, and with a soft bump, my fingers made contact with the rough surface of the large stone structure. Upon contact, a white flash surged throughout my body, cleansing it of all evil, and soon a large tremble echoed throughout my body, from the tips of my fingers, to the very center of my heart. A memory of a forgotten legend swept through my veins, and an image as clear as dawn played in my head. It was the image of the Hopi Indian reservation that I had visited not so long ago. I saw a man, a man adorned with many colors, and a large shawl, who in turn, I had met not so long ago. It was the same man who directed us towards this valley of spirits. He was old, and frail, and was a true Hopi Indian, seen purely through his culture. I remembered his serene whisper, in his broken English, as he explained to me the legend of the valley. I almost heard his soft words by my ear as I stood there, with my arm outstretched, touching the soft red rock. ?There is a valley, in which the spirits of Gods are trapped, and a valley in which the souls of men, and the spirits of animals lie. This valley is otherworldly; it is the land of spirits, and the home of trapped gods. In this valley, you will see a rock unlike any other, a rock rising straight out of the ground. This rock, is the rock of the rain god. It is special, it is magical. It is a god, and it is his Indian spirit. Travel there.? It was this memory, which triggered my realization that I was at that very same rock. I was touching that very same rock that the old Hopi man had mused about. It was the rock of the rain god. I was bonded to a god.

There was no sign. There was no flash of bright light. There was no miraculous crash. In a desert land, which is dry all year, which receives no rain at all, there was a pure miracle. As I stood there, with my small palm placed upon the rocky skin of the rain god, tears fell from heaven. It started to rain. It began as a light drizzle, but in seconds, rain poured in buckets, crashing down from the heavens upon me, and in seconds, the dry desert, turned into a water filled prairie. Rain cascaded upon the valley, and rain cascaded from the Indian spirit worlds onto the floor of the red desert. For me, time slowed, and I watched as every drop crashed serenely onto the dry land, and I watched in wonder, as small streams sprung up from nothing but dust. Life began to prosper with the plethora of water, and I stood there, locked in a mystic wonder, with my hand upon the rock of a god. With my hand on a rain god. Pure power flowed into my body through my arm, and I felt a purity I never imagined existed. Water flowed freely across my face, and drops flew slowly down to earth off my nose. What began as a storm of red dust, slowly became a world of water. I looked up, at the never ending flight of tears, and I thought about life. I thought about the true meaning of beauty, and I let myself free. I let myself fly, and rise up. I closed my eyes, and let the water bring a god I never knew lived, closer to my heart. I forgot about my body, and for only a moment, rose to the height of a god. It was bliss. It was a miracle.


It lasted only a moment, as I opened my eyes. In my heart, and in my soul, I knew it was a moment to remember for the rest of my life. I reverted my gaze to my arm, which was still connected to the rock of the rain god. With remorse, and sadness, I dragged my arm off the red rock, and let it hang loosely by my side.

The rain stopped. Yep, just like that, with the snap of a finger, the torrent of heavenly tears abruptly ended. The connection between god, and man severed. I looked out, over the watery desert, and stood still. I believe in miracles. 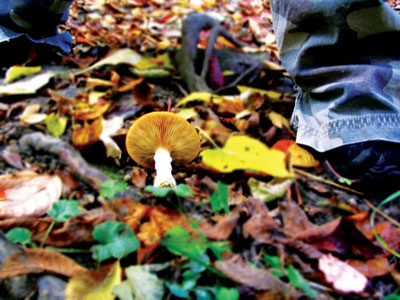 The author's comments:
I kid you not. Visit the rock of the rain god, adn maybe it might rain for you as well.
Post a comment
Submit your own