Nepal, a country where I was born and raised, full of great people and great culture. I was born on the 9th of Bhadra (august 9th) in Kathmandu valley. The city was my home for a good seven years until I had to move to the states. That day marked a special moment in my history, but even though  I have been far away from my birthplace for a long time I am still very much a Nepali in culture. Culture is very prevalent in the history and the current events of Nepal.


History is a very important aspect in the culture of Nepal. The story and the legend of the gurkhas is very influential in Nepali culture. Gurkhas were soldiers of the Nepali army and they became a pride of our nation when they were recognised by the British as a powerful enemy. Even today the soldiers of Nepal are an important piece of nepali culture. From my time in nepal I remember the army would always be marching along the city, and in the eyes of a seven year old, they would always be seen as heroes. Also the great kings of Nepal impact the daily life of Nepali people. Prithvi Narayan Shah was the very first king of nepal, and he unified the many small countries around the area into the big nation you see today. Even though some of the kings lived a long time ago, many of them have schools named after them because it represents the future being taught by the past. Many Nepali people, including myself, went to a school named after one of the kings. The schools are held with a lot of pride in the areas they are associated with.  History has a major role to play in the culture of Nepal.


The recent earthquake has had devastating impacts on Nepal and it’s culture. The earthquake has destroyed many important world heritage sites in Nepal. The Durbar square and the Narayanhiti Palace have been destroyed in the earthquake. The Durbar square was an important place for the Newari, the indigenous people of Kathmandu valley, because a lot of their past is in the buildings on the Durbar square, and now, some of those building have been destroyed by the earthquake. Also the Narayanhiti Palace was destroyed in the earthquake. The palace was where the kings of Nepal used to live until Nepal turned to a democratic country, and the destruction of the Narayanhiti Palace means a large part of the history is in ruins. The earthquake also destroyed religious temples around Nepal. The popular Swayambhu and the Pashupati have been hurt by the earthquake. A large part of the culture in nepal lies in the religions of Nepal. The Pashupati was largely untouched but the outer shrines have been demolished. This hurts the vast number of hindu people in Nepal that take pride in the marvelous temple. Also Nepali people take pride in Buddhism because Buddha was born in Lumbini, Nepal, so the Swayambhu was very important because Buddhism is important in Nepal, and the Swayambhu was one of the most well known Buddhist stupas in all of Kathmandu. The earthquake has hurt Many of the important cultural aspects of Nepal.


The history and current news of Nepal has had a lot of influence on the rich culture of the country. In the history of Nepal, the gurkhas and the kings have played a big part in shaping the culture. Also the earthquake has had a huge impact on world heritage sites, and on religious monuments that attribute to Nepali culture. My time in Nepal has shown me that I should be proud of the culture I was intrusted with and I should help out when bad things happen in a place I love. 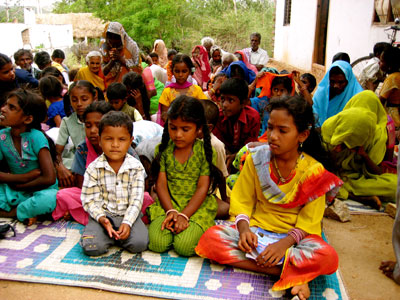 View profile
It is not often that I come across articles about Nepal on TI, so it's nice to see your article on the front page. The cultural loss we've had to face is indeed very saddening, but with the people so concerned about protecting their heritages, I'm sure we'll bring our monuments back to how they were soon enough. About your writing, I liked the flow, and your ending line was beautiful. However, please note that the Narayanhity palace has not faced much damage at all, I'm not sure how you got that information.