Have you ever wanted to play sports with all your heart,yet couldn't because you managed to injure yourself every year? Of course not.Who on Earth could have such bad luck? The answer is me. I'm here to teach youthe correct steps to achieve bad luck like me.

The first requirements forthis long journey are being born with at least some athletic skill and havinglots of heart and desire to play. These characteristics will effectively increasethe anger factor after each injury.

The second step to your successinvolves an even distribution of the injured extremities. Change is always good,especially when pain is involved. It does not matter which area of the body youstart with (as long as it is done efficiently). I started with the wrists,breaking them year after year. Notice that my efforts were mainly rewarded duringfootball season. When basketball rolled around, I did a 180-degree flip and brokemy ankles. Not both at the same time, mind you, but on different occasions to addto the misery.

Once you are in this injury groove, don't try to hide fromit. No, don't give up now. You are well on your way to becoming just like me. Itdoesn't matter what you decide to do with your athletic ability, the curse willcatch up with you.

Take track, for example. It seems like a harmlessactivity and you are probably thinking, How can I be like him and get injured inthis wussy sport? Well, two weeks into throwing javelin you've got a torn rotatorcuff. That's too bad. A fine job with the injury distribution, though.

Thelast sport is baseball. The transition to being just like me is not completeunless you are hit in the eye with your own foul ball, hit in the kneecap with awild pitch while not even playing, or when, as your head turns to watch a wildpitch go past you, the ball manages to bounce directly off the backstop and hityou in the same eye, making you look like Rocky Balboa for a week.

Yourbody has been put to the test, but if you think your job is done, you're crazy.To be truly as injury-prone as I, somehow a way must be found to dislocate yourshoulder in music class, causing you to miss an entire basketballseason.

All my knowledge is here for you. Do with it what you please. Youmust excuse me if any injuries or mishaps have been left out. My memory isn't thegreatest, after being hit in the head so many times. 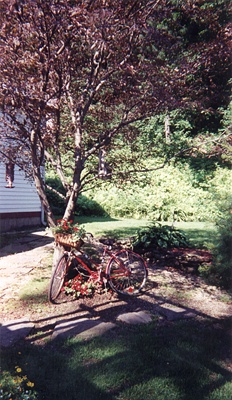