I was up. I stepped in the box, sweating like the sodacan sitting on the hot gravel nearby. I looked to the coach for signals; he gaveme none. I slowly stepped up to the plate, breathing heavily. I lined up the endof my bat with the far edge of the plate, shuffled my feet far back from it, bentover and stuck my rear out. My body was now as far from the line of fire ashumanly possible while staying within the batter's box. I was ready, kind of.

The pitcher started his wind-up, and I held my breath, praying that thehard object soon to be flying toward me would not crush my face. It left his handand came sailing in my direction. As it neared the plate, I saw my life flashbefore my eyes. I jumped back and swung the bat at the same time, hitting nothingbut air.

I was a little ball shy.

Isn't baseball great? I thought so atthe time. It didn't dawn on me until years later that I wasn't really having fun.

It started out just as something to do, something that every kid did."Baseball, America's pastime." At first it was fun, everybody was justlearning. But after a few years, most of my friends joined the majors. I decidedto stay behind in the minors and "perfect my skills" before joining theupper class. Finally, I decided it was time to try out for the big leagues inLittle League baseball and, I hoped, join my friends and amaze them with mytalent. I made it.

Apparently, my talent went unrecognized, for I sat onthe bench more often than not. The few innings I did play, my position was rightfield, where the weakest balls were hit. Nevertheless, somebody had to play it.

In the first few games, I snagged a couple of grounders and had to chaseafter a ball that went over my head, but not once did a pop fly come in mydirection. I knew it was bound to happen eventually (although I'm sure some of myteammates hoped otherwise). The wonderful moment had gone through my head a halfdozen times:

Bottom of the ninth, two outs, bases loaded. We're up byone, and a big hitter steps up to the plate. He knocks the dust off his shoeswith his bat, and gazes coolly out to the field.

Our eyes meet. He smirksat me, spits in the dirt and slowly lifts his bat in my direction. I stare rightback.

The pitcher sends a bullet straight down the middle.

The ball flies high in the air and looks like it's going over.

But then, from out of nowhere, flies a human-like figure who snatchesthe ball from the sky and saves the game. Look! It's Josh!

A version ofthis moment did, in fact, happen, though with a few minor details changed.

There were two outs and two men on base in the bottom of the last inning.With the crack of the bat, I looked up. It was my moment of glory, my day ofredemption. The ball flew high, and I ran forward a few steps. Too many. I had tojog backwards to get under the ball and, in the process, tripped. As I wasfalling, I reached out my glove in a last vain attempt to make the catch. Imissed the ball completely, and it collided with my chin.

I laidsprawled on the ground, crying my eyes out, as the batter rounded the bases. Ifelt like dying. The center fielder ran over and threw in the ball.

Although at the time I was completely humiliated, I can look back now andlaugh. Embarrassment is temporary, and I've found that it is better to try newthings and risk being embarrassed than never gain anything from life. 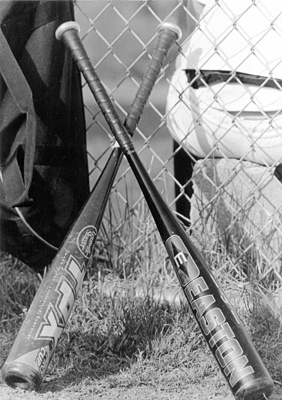