Dewfrom the grass soaked through our shoes and a thick mist hung in the air undergray clouds as I stood with six other girls, waiting for the signal. The gun wentoff and we shot across the line, sprinting and searching for the perfect time tosettle. In my mind I saw this as the opportunity to achieve greatness. I couldsense the energy from the other racers, which boosted my confidence and made meyearn even more for the expected success. My teammates and I yelled words ofencouragement to each other until it became necessary to save our preciousbreaths. We held on, ran strong, and in the end were successful.

I willremember that day for the rest of my life. Because of our hard work anddedication, I became part of a cross-country team that accomplished the ultimategoal of any high-school athletics program - winning the 2000 state championship.I can confidently say the sense of teamwork and union among us radiated beyondanything I will ever feel.

Standing on the platform that October day, asthey handed us our trophy and took pictures, made me realize the importance ofparticipating in such an event - not only for me, but for my teammates and ourschool.

Throughout our season, the varsity ran together, creating a senseof comraderie. Sometimes I would want to give up and walk, but a teammate alwayskept me going with an encouraging word. We pushed each other and worked hard, butmost important, we laughed together.

As a sophomore I was one of theyoungest on the team. Consequently, I felt even more privileged to participate.The competition within our group stabilized our independence and caused us tocompete even more strongly.

We set high expectations from thebeginning and when the newspaper published its weekly rankings, we consistentlywere at the top. Other teams feared us because our depth of talent gave us thecapacity to dominate. I ran as the fourth runner behind three seniors, so myexpectations jumped to extraordinary heights. After running with this team,however, I worry that cross-country might never be as exhilaratingagain.

"Take It to the Limit" by the Eagles was our theme songand summarized the feelings of our team. We listened to it before meets and sangit during practice. We absolutely went to the limit, and beyond. Thatcross-country team of seven strongly connected athletes no longer exists, but thememories will last. 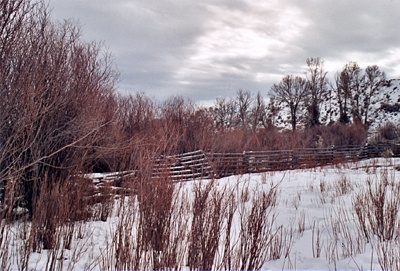