Freshly made ice ready for a late-night game.  As the u12 Fond du Lac Thunder girl's team steps onto the ice, three minutes on the clock start to count down.  The sound of scratches from the sharp edges of everyone's skates echoes through the entire rink with a background sound of energizing music.  The coach dumps the pucks on the ice and tells the girls to start the warmup drills.  As their muscles start to warm up, sweat starts to drip down their faces.  With the whole team nervous, but excited the girls start to realize it is time to play with all of their energy today.  Finally, with less than a minute left with warmups, the girls collect the pucks, and huddle in a circle to start the ritual cheer that echoes throughout the whole rink.

A referee’s whistle blows, and the puck drops to start the game.  Coaches, players, and parents' adrenaline starts as the girls battle for the puck.  After a little battling the opponent, Green Bay Bobcats, got the puck and started a breakaway.  Thunder starts to catch up, and steals the puck back.  Passes going from stick to stick, soon close enough to shoot, and possibly score.  Callie, the team captain, shoots, and the goalie of the Green Bay Bobcats blocks the shot.  Bobcats get the rebound, start a breakaway, get a shot on Thunder’s goalie, and score. Everyone has a different reaction in the rink, half disappointed, half excited.  Soon the first period ends with the Green Bay Bobcats winning zero to two.

One minute up on the clock for the coaches to talk with their team, and make a plan for the next part of the game.  Players listen to their coaches intently as water bottles pass around from one player to the next. Callie the team captain on Thunder speaks up and says “Even though we are down two points right now, we can not give up now, we have to work as a team to try, and score.  We have to score one goal at least.”

With everyone’s confidence lifted, three forward players, two defense players, and the goalie goes out on the ice ready to play, and try their hardest.  The referee's whistle blows, and the puck drops to start the second period.  Green Bay wins the puck, and starts a breakout, with a chance to score they shoot, and make the puck into the net.  Dylan, a girl on Thunder, goes out on the ice with her confidence drained.  The puck drops, and Green Bay wins the puck again, Dylan skates with all of her speed to get to the puck, and pushes the girl from Green Bay into the board with her shoulder.

Dylan gets called for a penalty with the referees discussing whether or not to eject her from the game.  Shortly after the referees decided to eject her from the game, and the next game.  Parents from the Green Bay Bobcats were livid at the actions of Dylan.  As the game continues parents from both teams yell back, and forth furiously.  Throughout the entire game, specifically one dad from Fond du Lac Thunder, and one mom from Green Bay Bobcats continued to yell back furiously, and forth.  The second period ends, and the third period starts,  with the Green Bay Bobcats winning zero to four.  Tension rises in the stand between the two teams' parents.  More and more dirty comments are thrown back and forth to each other.

Thunder wins a battle for the puck, and starts to head up the ice toward the Bobcat's' goal.  Callie digs her blade into the ice, shoots the puck toward the net, and scores!  The crowd goes wild in many different ways.  The third period ends with the final score of the game one to four.  As players, and parents begin to exit the rink, a shout erupts.  Arguments between the two parents begin to get louder and louder.  Eventually, the dad from Thunder yells to another dad from Green Bay, “Let me know if you ever want to fight this out.”  As the teams were walking out of the rink, they noticed this going on.  There were many mixed emotions among the girls, some were crying, some were worried, and some were laughing.  Mostly everyone was just intrigued by what was happening and wanted to see.

Soon after that a mother from Green Bay starts running down the bleachers, and starts yelling, “WHAT DID YOU JUST SAY!” then grabs onto the dad from Thunder's neck.

The dad from Thunder grabs her hands off of his neck and pushes her off of him, and she bounces off of the boards surrounding the rink.  With the boards shaking, more parents join in to try and stop the fight.  The referees start to blow the buzzer to try and get them to stop fighting, but that didn't work.  Finally, other parents push them away from each other and get them separated.  Soon after, the police were called, and the mom from Green Bay tried to leave, but the police stopped her before she had the chance to leave.

Since only the two parents were mainly involved the police only talked to those two parents, and some others as witnesses.  The police first spoke to the dad from Thunder to get his perspective on what happened. He told the police, “ As I was exiting the rink I told another dad from the Green Bay team if he ever wanted to fight to let him know, and this mom went wild, she started running down the bleacher stairs, and started to attack him.”

The police officer talked to the mom from the Green Bay team, and she stated, “ He was wanting to fight me, and I was not going to allow that.”  With more discussion between the police officer, and the other witnesses, the police officer decided what he would do.  The decision was that the mom from Green Bay was going to be kicked out of the Superior Rink for a year, she couldn't go to the game that her team had the next day, and she was kicked out of her home rink for two months out of the regular hockey season.  This decision was made because she was the one who physically attacked the dad from Thunder.  The dad from Thunder just got talked to by the police officer and was told to calm down next time, and just let it go.  Ever since that fight, there have been more rules set in place, so rinks can prevent actions. Finally, the Green Bay Bobcats won first place in the State tournament, and the Fond du Lac Thunder won third place. 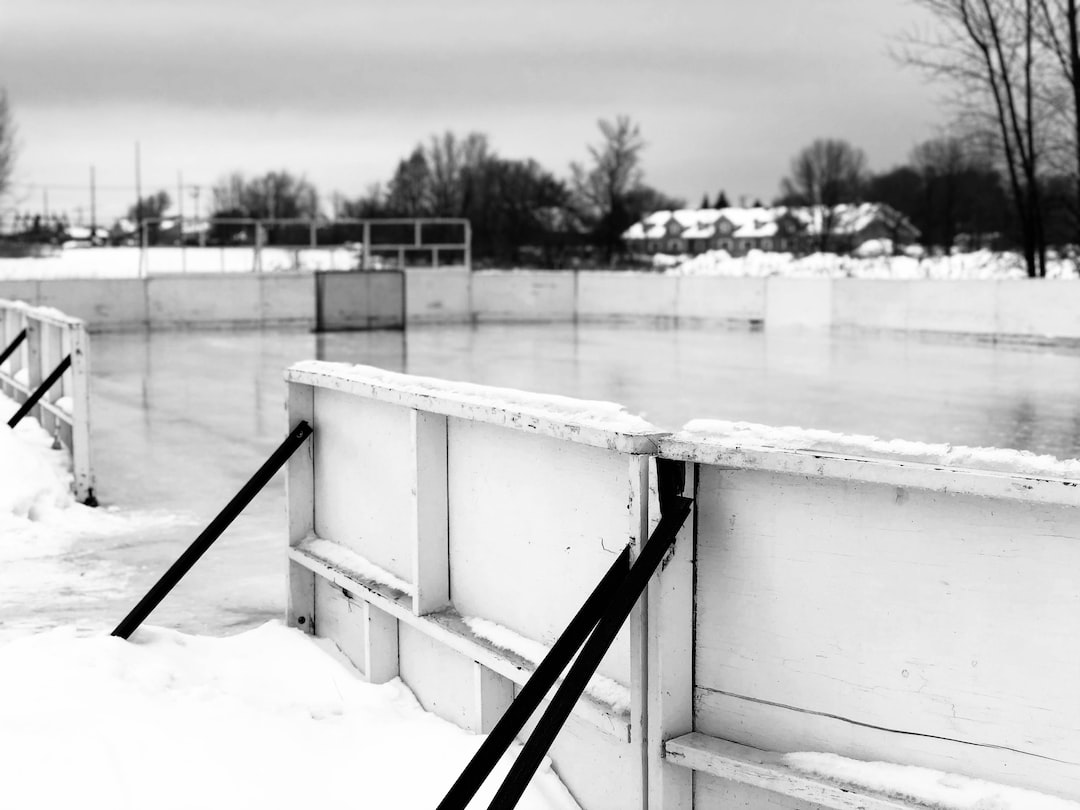