I Am A Vegetarian. | Teen Ink

I Am A Vegetarian.

I am a vegetarian, and a proud one at that. When people ask me why I don't eat meat, I just shrug. If they have to ask that question, then they'll never understand. If they were to open up their mind, and ask themselves that question in a hypothetical sense, maybe... maybe then they'd understand.

I loathe the stares I get at a restaurant when I ask about the vegetarian options. The people with hamburgers dripping over their plates give me a strange look. I try to seem nonchalant, but it's hard. I want to scream at them, yell across the restaurant, I don't eat food that used to have a face; sorry if I'm not as selfish as you! But I don't. I order my Greek salad or garden burger, or my meatless spaghetti and just stay quiet.

I do not eat meat for one simple reason: I can't stomach the thought of eating an animal. It's not just that they have faces and emotions like us, but-- unlike us-- they are the most unselfish of organisms. And how do we, as humans, respond to their existence? We breed them in mass quantities in harsh conditions. Some argue that it's okay, because they're just born and raised for slaughter, but is the mass murder of innocent lives EVER okay? The answer is NO, because even though they can't speak for themselves, they don't deserve the fate of being served on dinner plates.

I am a vegetarian, not an ignoramus. I do not think that we should feed lions carrots, and forbid them to hunt zebras and gazelles and water buffalo. The truth is, carnivorous cats and dogs cannot survive-- and be healthy-- on a diet of plants. HOWEVER, we as humans CAN. Being a vegetarian is a madder of principal and understanding how the various food chains work. As the biggest species in the world, we pretty much control the success or extinction of other species of animals.

I am not only against eating animals, but HUNTING animals for sport. There was once a time when we survived by hunting-- much like the big cats-- but now there is no excuse for the serious decline in population of wild animals, particularly the carnivorous kind. We think of ourselves as the "Superior race," and thus feel the need to eliminate the "completion." But our selfish need to kill for pleasure is getting dangerously out of hand. When people hunt for sport, they stalk the most robust and athletic of the males, which in turn is weakening bloodlines as well as threatening the species' future.

I am not trying to tell you that you are a bad person for enjoying meat, I am simply trying to open your eyes to the system you are supporting when you do. Some do this knowingly, others are ignorant. Just know what you are doing the next time you bite into a greasy, fattening McDonald's burger. 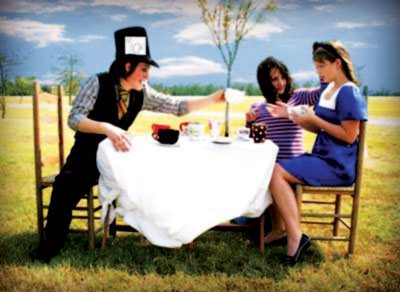