Tension built up inside of me as I dashed out of the cabin,my helmet grasped in my hands.I heard my Papa Carlos urge me to hurry before it was too dark.As I was about to mount the quad I fastened the helmet to my head.The rubbery seating underneath me felt uncomfortable to sit upon.My Papa Carlos got onto the same quad as me to make sure I wouldn't hurt myself.The 22 rifle sat in the compartment on the back of my quad.This was my very first real hunt!I felt uncertainty clench my stomach as I thought about how I would feel to kill an innocent creature.

My Papa Carlos snapped me straight out of my thoughts as he instructed me to put the quad in drive.I did as objected without hesitation.He then told me to put only a little pressure on the gas,I gasped as the quad jerked forward.I had pressed way too hard on the handle.This time I relaxed and put just barely any pressure on it at all.He congratulated me on my skillful driving.We drove among a dirt rode that twisted and curved in many directions.As we spotted our first victim,a large cottontail rabbit he told me to switch the quad to nutral as he grabbed the gun.I carefully watched the unsuspecting rabbit as I turned the key.The engine still roared as the key made a click noise.

My Papa Carlos turned back to me handing the weapon to me.He told me to aim for its head so I would kill it in one blow and not injure the meat.As I aimed the rifle carefully anxiety flowed over me.WHAT AM I DOING?!I wondered in confusion.Without meaning to my aim slipped a little as I pulled the trigger hitting the rabbit in the hindquarters.I noticed the pain in the creatures eyes as it made a desperate attempt to flee.My Papa Carlos seemed a little flustered as he took the gun from my hands and raced after the rabbit.I heard the shot and knew he put the creature out of its misery.He let out a sigh as he returned with the dead rabbit.He explained to me how if I aim wrong the animal would be alive and severely injured.Yet if I shot it in the chest or eye it would feel nothing.I let out my own sigh,yet mine was filled with dissapointment.I began to drive the quad again yet it was almost time to go home now.I spotted yet another cottontail nibbling on a small dandilion.In excitement I had already stopped the quad and pointed at our target,the only thing was,this rabbit was a far distance shot.He handed me the gun again but I refused.I wasn't planning on loosing our family's dinner because of my lousy aim.I bargained with him,if he would shoot it I would retrieve it.He got as low to the forest ground as he could,with a precise aim he took fire.As if in slow motion I watched the next victim sink to the ground in defeat.I raced out into the field in great joy.As I bent down to pick up our kill my fingers touched its velvety soft fur.The creature flinched and I did too.Was this rabbit still alive?I touched it again,but this tim it was still.I slid my left hand under its legs and as I retrieved the head gingerly my hand turned hot and sticky.I quickly pulled my hand back and glanced in horror as I saw how bloody my hand was.With a desperate look on my face I turned the rabbit so I could see the bullet wound.I stared at it in grimace as I saw the whole half of the face was gone.

With the last bit of strength and courage I took the bunnyback to the quad.The drive back to camp was a dreadful silence.When we arrived he handed me the bunny I had shot in the leg and told me to tie it to a tree.I grabbed an old piece of rope and tied it to the tree.Then I grabbed the feet of my kill and tied the rope around that.This is the process of drying the blood from the wounds.Next we would have to bleed them and then skin them.As he hung his catch I ran inside to the sink,the stench of dry rabbit blood was sickening!I doused my hand with water in attempt to get the scarlety coppery colored blood off of my fingers.

When the rabbits were ready to go through the next process my dad and the others arrived.My dad seemed shocked to see a huge grin across my face as I took the rabbits from the tree.He was the one who was going to teach me how to bleed a rabbit.This is the process where you drain the blood from the meat.He told me I had to step on the rabbit's head and pull on the rabbit's back legs.He demonstrated it for me.I was relieved to see he had the rabbit that had caught me off guard.I tried to mimic my father.I placed my foot down on the head and pulled.Everyone stared in astonishment including me as I saw that I had accidentaly ripped it in half.It was a nasty mess!Yet I let out a dark grin as I held my half of the rabbit proudly.I almost wanted to yell out 'Girls rule!' or 'I bet you thought I wouldn't be able to do it!' yet I was silent noticing I had wasted some of the meat.Now it was time to clean the two rabbits or one and a half rabbits should I say.We cleaned out the organs and carefully separated the fur from the meat.That night we feasted on rabbit!Yum! 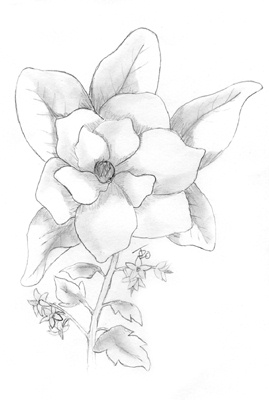 The author's comments:
I learned that you should only kill to survive,not for sport.At least that's the way I learned it!:D
Post a comment
Submit your own