A past story of my life | Teen Ink

A past story of my life

Favorite Quote:
courge dose not always roar, Sometimes courge is a quiet voice at the end of the day saying : i will try again tomorrow

I sat beside my grandfather ,that night it was too hot too sleep , too hot too to even lay in bed, we had the condition working in every room, but still we could feel the heat rising underneath our feat. As if we were living in some kind of oven!!

I was in Russia , in Moscow at my grandfather's house . My cousins ,there mom ,my mom ,my two little sisters and my grandma who was sewing a shirt for one of her grand children.
I've been boasting all day about my country Syria, saying how wonderful its is to every one, and now it was grandpa's turn
"Grandpa!!"I exclaimed "that Syria produces over 15 million tons of olives every year, that IS hUge you now!!"Grand pa looked at me confused...
"but it is the Russians who tough the Syrians how to grow olive trees from the beginning!"
-how come….that's no true
-of course it's true!!
-Grandpa!!Did you now that Syria grows one of the best types of cotton!?
-of course I know …. And who taught them? The Russians!!
-but Russia doesn't grow neither olives nor cotton!
-who told you that!? it dose . It just grows less, Russian people are more interested in teaching other people how to grow plants . I mean Arabs will never discover how to grow plants in the middle of the desert
-I AM NOT LIVING IN A DESERT!!!!!!!
I snapped at my grandpa, and took a defensive sentence:
"WE have TREES on the sidewalk"
"What about Palmira , what about It , there is no trees there!!" my grandpa exclaimed
"No" I answered threw my teeth
I felt that I was loosing a war ,but I was pushing to my hardest ,to my limits, just to win , to convince everyone of how wonderful Syria is!!

The conversation was opened and closed . I felt like I was crashed even harder. I tried everything I know ,but somehow he knew more .As an eleven year old girl I couldn't do much and this was my last try:
"grandpa!! Listen we invented the paper … the Egyptians did and they are Arabs! right?
So we invented papers "I finished with a huge smile on my face, but that smile started fading away when I saw my grandfather's amazed face
"but Egyptians are not Arabs" he said chocked
"grandpa!! Of course they are!!"
"did Egyptians speak Arabic?? No see!" he announced proudly

And I failed again I started reading books , but not much helped I had to use a dictionary every couple words, sometimes I couldn't understand the explanation he dictionary held.
"grand pa we created the alphabet in Ugarit, you know this place in Syria !!!"
"and….." he looked at me still confused
"WE INVENTED THE ALPHABET" I repeated
"they invented it and used for there own need
They used It and no one else so that doesn't count,
Unlike us the Russians we gave our alphabet for use
We knew that if we didn't do it no one else would!!"

Another failure , and I completely gave up, I decided to forget about everything and continue living my normal life. Another reason was that we were not staying for long and all I had was one weak to say good bye to cousins ,my aunt and my grandparents. After that we would to the airport to get back to my home town Syria.


One the last day I went with my grand father to get some vegetables and some other product for home. We bought baby tomatoes, onions , cucumbers, lettuce and carrots. We took a subway as usual , and I sat on his lap because there was simply no other place to sit.

"from the begging of history, when man kind had his first walk on earth reasons of fights and battles were the same. One of he most common reasons was : when people tried to prove that they are the best "my grand father spoke while I took a stage of thought full listening" what is worse ,is when people think they are the best when they are not boast and gloats about it .if you ever think you are the best show it let the people around you admit it."

My grandfather died in 142009 . I wise man , this talk happen when I was 11 years old and at that time I forgot it in a while , but now it seems the most valuable lesson anyone can ever teach me…. Just by a simple talk

P.S.: my grand father was from the humorous type and just this year I discovered that while we had our talk everyone listened with a giggle in there voice…… 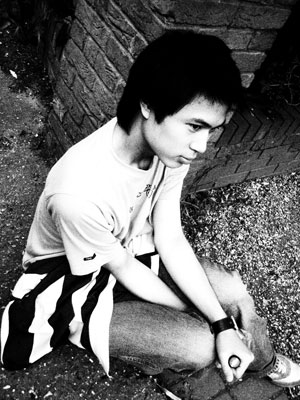