Covid-19 has caused a lot of deaths throughout these years, and almost took my aunts. Throughout the end of last year covid-19 was around its peak in Albania, creating full hospital capacities. This made it a problem for everyone, as they did not have anywhere to go. Covid-19 may also affect more people that have different problems. Even though covid has a worse history in many other places compared to Albania; it has rapidly spread here as it is a place where people do not follow protocols.

My aunt's story started at the beginning of September 2020. Her family, including cousins, were on vacation in Vlore, which we decided to visit for lunch. This is where we think that they have contracted covid as a family in their hotel tested positive. A few days headed by, and we were all in Tirana, and my aunt had called my mom to give her a heads up that they were getting tested as she had symptoms. We did not think of it much, as everything seemed fine.
My mother soon gets the call from my aunt, she had a bad feeling about what she was going to say. We were waiting nervously for the results.

“The whole family tested positive,” my aunt said in a sad voice.

We were all in shock, as our aunt has many different health problems. Some of them include heart problems, diabetes, and tension. Though the rest of the family are relatively young, and have no problems, so we thought everything would be alright with them.

As a few days had passed the whole family caught symptoms and my aunt was getting into serious condition. My mom knew what was to come, and this frightened us all. Of course, as we are very close to our mom's side of the family, we helped them by bringing every medication they needed to their house, including doctors to check up on them. Though, as days went by, the situation started to get worse and worse. Everyone in the family, including my aunt's husband, was doing ok, but my aunt got to a point where it was hard for her to breathe and to move.
Throughout this period in Albania, covid-19 hospitals were at maximum capacity therefore we could not send her there. My mom was thinking the worst, and she was trying everything to save her sister. My parents both decided that the best choice for her was to send her to Istanbul, Turkey. Many people we knew were going there and my parents knew some good doctors offering her the best help. Even though it was a huge risk for my mom to travel with my sick aunt, she decided it was the only way someone could help her.

After five days of my aunt and her family being sick, my mother and my aunt were leaving for Turkey. Me and my dad decided to send my mom to the airport. Meanwhile, I saw my aunt coming out of her car in a wheelchair, as she did not have enough force to walk. As soon as I saw thought, tears blasted out of my face, and it was like my heart broke.

“Everything is going to be alright.” my mom said while leaving the car.

It was at that moment where I reflected and thought that how real covid-19 could be. Of course, I knew plenty of people that had contracted it, but I did not know someone so close to me as my aunt was, which was in a devastating condition. It was crazy to me how the whole world was experiencing the same thing as our family.

As days went by, my aunt was in the intensive care system in Istanbul. My mom was in a different room waiting to hear every update on her situation. She was put on so many medications and serums, her whole room was filled with things her body needed. My mom had sent a photo from outside my aunt's room. It showed everything there, and as soon as I saw that I started to cry again, I could not handle the pain of seeing my family member like this. Though, at the same time, I detected the photo she sent carefully, and I saw so many people rushing through hallways, as my mom was far away in a room in front of her. It was so hectic and crazy to see how many people were in that huge hospital running everywhere.

A day later, my aunt's condition was uncontrollable. The doctors had announced that there was no hope anymore. My mom had broken down crying begging every doctor there for hope to do something in order to fix her condition. The doctor had told my mother that they would see the next five days her improvement, and then they might check for hope. This was because everything my aunt had was low including her heart rate and blood sugars. It was a very difficult time for my mom's side of the family, as well as ours.

A week had passed for my aunt in Turkey after the doctors had no hope for her, it seemed like she was doing much better. The doctors said that the chance of death was not at stake anymore. We could not have been happier in those moments. It was like our dream came true, as it did. We were patiently waiting and praying for our aunt to survive this crazy journey. We were all cheering happily. As my aunt got better and better, and everything was going better for her, the other part of the family had already passed covid easily and were waiting for her to come back home. We could not wait anymore. It had been 2 weeks since my aunt was in Istanbul with my mom. During their stay there, my mom got tested every two days and she never tested positive.

As my aunt had later passed covid-19, she still had a few problems like constant headaches, tiredness, and fatigue. So, my aunt and mother decided to come back to Tirana. As soon as they both came back, I rushed to give them both a huge hug.

“We did it,” my aunt cheered happily.

While I was hugging her, I felt so relieved and emotional at the same time, thinking I would never have said goodbye anymore. Fortunately for me, I got to see her again. It is crazy to think how these stories we never thought could happen, do happen. This shows to never take anything for granted and spend time with your loved ones as much as possible, as you never know what might happen. My case was a close call, but anyone’s could become real. 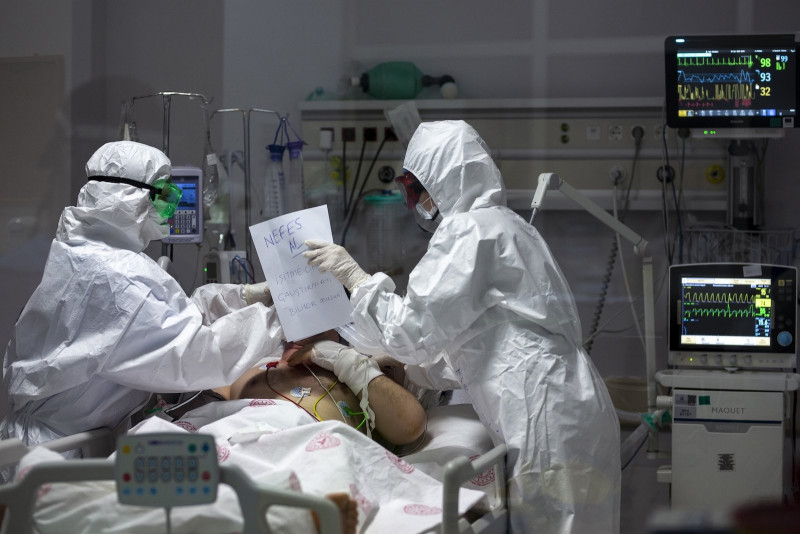 This essay shows how covid-19 may impact our lives, and in order to prevent this from happening, we need to be more careful and follow the rules, as our lives might change forever.