Living Through a Terrorist Attack in Algiers | Teen Ink

Living Through a Terrorist Attack in Algiers

Something felt wrong ever since the morning. It was a chilly day; unusual for Algiers, in that time of summer, the temperature was always high. The cold breeze was blowing over the city, in the parks, over on all the roads, all the way to the house, in which in 2008, a two-year-old child and his grandmother were spending their morning. The child, named Tancredi, was staying with his eighty-nine-year-old grandmother named Slaviza since his mother was at work. The grandmother rushed to close a window from which cold air was coming in. She was scared the child could have gotten sick. It surely wasn’t the wind and the cold weather that would have been able to stop the kids playing football on the streets next to their house. Tancredi was playing with his wooden construction blocks; while his grandmother was in the kitchen preparing something to eat. As she cooked, the temperature kept dropping. Yet, the children on the streets kept playing; nothing was going to stop them... Or so it seemed.
As the children kept playing, Tancredi was trying to make a structure with his wooden blocks. He was feeling pressured and stressed, knowing that if he messed up, all his previous work would have been useless.  He started placing blocks over the previous layer, being very careful not to make everything fall. He kept placing blocks over blocks, until he was running out of them, and had to stand up to place the last row. He only had one block left, yet he felt it weighed as much as ten elephants. His palms were now sweating, it was the last block, he could then go show off his incredible skills to his grandmother which would prize him with something good to eat. This was the hardest block, knowing that any wrong move would make everything fall. With his hands shaking and his palms sweating; he slowly placed the remaining block on the tower. His hands got closer and closer to the top. He went on his tiptoes to have an upper view and more control. The block was now right on top of the tower, he just had to carefully place it down. He slowly lowered his hands, and placed the block, the only thing he heard was a deafening sound. The windows shattered in pieces, falling all over the floor of the living room, the shards of class almost hitting him.
Following that some screams and then total silence. The baby was now on the ground, holding back the tears in order not to break the silence, he was scared. The blocks of wood which he previously was playing with, now we're over his body and on the floor, the very same floor covered by shatters of glass.  The only noise he heard was his heart beating, at least he was making some noise, he thought, not like the hearts of people close to him, which a few minutes ago were beating and now suddenly stopped. A few seconds passed, it seemed like hours. There still weren’t any noises, the kids playing football had stopped as well. The silence continued, the only thing breaking it from time to time was the wind. A smell started to be more and more strong, it was smoke, a lot of smoke. The baby still on the floor, felt a hand grabbing him, it was his grandmother. She picked him up and held him in her arms, carrying him all the way to the couch and slowly placing him down. She then sat next to him. He dropped his head on her lap and started crying, he was scared and confused. He then turned his head towards her and asked her what had just happened, with his eyes still watering. She tried to calm him down, “The ball the kids were playing with just exploded, what an incredible noise!”.

The silence continued, Tancredi was a bit calmer now, believing it was a ball that had exploded. He did not understand though why his grandma was so serious, barely moving. She knew perfectly it was a terrorist attack that had just happened near their house and that there could still have been dangerous people nearby. She grabbed her phone and called Tancredi’s mom, her daughter, which worked nearby. Phones were not functioning. She waited, no sign of distress or panic in her eyes. Then she went to the upper floor and picked up the radio, a mobile radio given for emergency situations. She picked up the radio, trying to use it, and communicate. She tried again, and again, nothing happened. She picked up the child once more and headed towards the basement, which was the safest place. The basement was just as freezing as the rest of the house, so therefore she tried to turn on the AC, but it wouldn't work. Some minutes, or hours passed, in that strange silence that has no time and no name.
When Tancredi’s Mother entered the house, the child was playing alone. No fear in his eyes, despite the strange place he was brought to. The grandmother asked questions and received answers in a way everything seemed normal. Then the phone started ringing, and many calls arrived. The kid was looking between the phone, the tons of wooden blocks lost on the floor, and the strange movement of people around. Some ambulances too, or maybe police cars. The grandmother recalled moments of her youth when she was living the second world war between bombs and alarms. She recognized the same smell and feeling in the air, just like the end of a war. In this case, it was still unclear the enemy, the reasons, and the victims.
A long time passed since that day, and the Tancredi had time to understand what happened during that day in Algiers. An attack on the Court of Justice, 400 meters from home. Probably extremists, nobody still knows the details of that dramatic event. Nowadays the child knows the truth, and he knows that that soccer ball never exploded, that these children on the street were shocked too and probably hid somewhere near his house. What stays in the memory is the calm of an old grandmother, her support, and her safety net created by slow words and signs of calm. 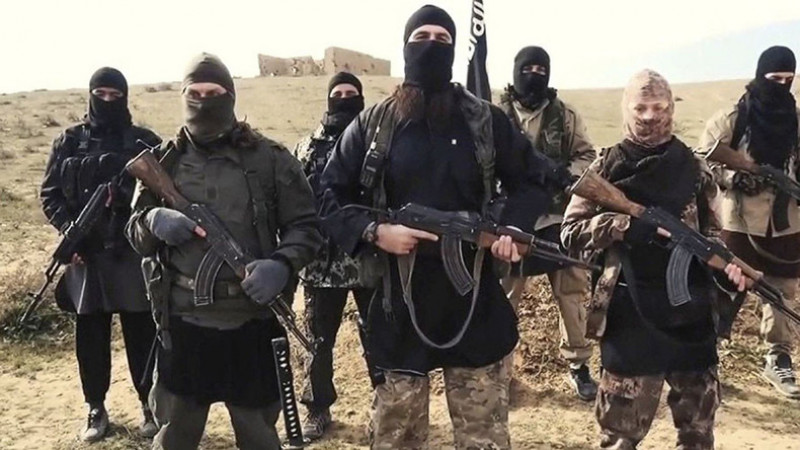 This is the story of when, I, at the age of two, together with my great grandmother, lived through a terrorist attack in Algeria.