Favorite Quote:
Love is getting a big wet kiss from a dog even though you locked him in a cage all day

The day, it was Christmas, and all through the house, noises erupted, no one was quiet, not even a mouse. No one would go near it, the door of the house, fearing, it would yield an unwanted truth. But everything would go as planned today.

The doorbell rang, almost violently, and a well built man in a red suit sprung through the opening.

“SANTA!!” they screamed in errie unison.

It took an hour for poor ‘Santa’ to escape the claws of the two excited children. Four bags, two piles and lots of screaming later, ‘Santa’ ran from the family’s presence and into the safety of his sleigh. Of course, he returned later, minus the fake beard and Swedish Santa outfit. 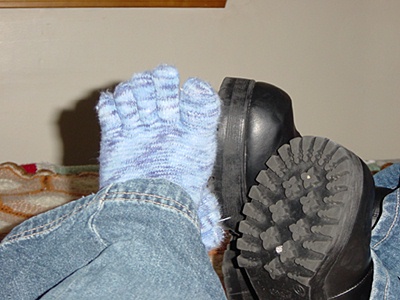