My Island- Tanned and Fabulous

I’m almost positive you’ve heard the usual rookie stories about the “small town girl tired of life with one intersection.” I guess you could call life here like that. Only, we’ve got a whole lot of roads leading out, well bridges, my friend the Verrazano. We’ve got a whole lot of murky swamp water, the roaring Hudson, and we defiantly have a whole lot of, yes, you guessed it, Guido’s and Guidettes. Now I want you to be truthful with yourself here, how many Jersey Shore episodes do you have DVR’d at home? (If you would like to keep that number to yourself I understand, completely.) I’d like to say were a lot more than the, and I quote, “Shore!” (pronounced ‘Show- a’ ) but honestly I can’t say most of us aren’t I mean hear me out, Staten island does some crazy stuff to you.

My island is in two parts, “social classes” isn’t exactly the word, maybe, but no. If you’ve ever seen the Broadway musical, Once on This Island, you would in a way get the picture, thought not many people have. (Didn’t do so great on Broadway, I don’t blame you.) These two sections are called the South Shore, and the North Shore. The South Shore, closer to the nice-r beaches, (I say nice-r because there are no actual nice Beaches here,) and is where these stereo types come from. The typical ‘Ayyyy-Ohhh’ Italian with the sleazy half opened button down and flashy gold chain with a bigger-than-it-needs-to-be emblem of Jesus on it. Where the “poufs” rule the roost, and if you’re not Italian you can get lost. Wow, there it is again, the stereo type. Not everything on the South Shore is bad though, not everyone. There are some ligitamently nice people, just as there are ligitamently nice people everywhere. Now, for the North, my turf, things are similar, not the exact same, and not exactly different, bear with me here. It’s not like anybody can even walk a centimeter out of the house without a spray tan and a stitch of make up here, it just doesn’t happen. And the boys and their hair gel-(pronounced ‘Haa-gel’ – dropped R on everything that requires a pronounced R.) don’t get me started.

Now, for the infamous accent, hey! My mother’s from Carol Gardens and my Dad’s from Westerleigh (pronounced ‘Westaa-Lee’) so what do you expect!? As I told you, every chance we can grab hold of we’ll drop our R’s, its habit, a horrible one at that. Honestly, I think people just like to sound cool. But that’s just me. But when your true Staten Islander, your first word had a dropped R, mines videotaped, and yes, I did drop my R. (Gee thanks 3 year old me.) There are the posers on the other hand. I mean honestly, honey if you’re from south Jersey, live in a culd-a-sack and don’t live within a 5 minute drive to the closest mall, stop acting like you do. It seems like everyone likes to bash the “Forgotten Borough” but God do they like to act like there from here. Oh well, it does make for very comical MTV. I applaud you MTV, on your respect for “Italian-American” culture.

If this is sounding harsh, sorry, but come spend a day in my shoes, and you’ll understand very clearly wear I’m coming from. You’ll probably feel like an outsider, which is funny, because, sub-consciencly we all feel like outsiders. ‘Cause nobody’s ever tan enough, and nobodies boobs are ever big enough, and nobody certainly swaggas like they “should.” I understand it just as little as you do, and yeah I live here, I live this every day. You cannot even walk into a CVS without overhearing some Guidette yelling at her Guido boyfriend about how she just found the Christmas gift he bought her on the sale rack there. (Good times.)

There’s one thing that makes this God-forsaken Island my home though, no it’s not the “Guido’s” and you and I both know it’s not the spray tans (everyone’s pale here, but you can’t see under all the orange paste people plaster onto their faces..) It’s being able to walk to down the street, and seeing someone you know and being able to ask how their mother is, and yet, there are still new people to meet- 600,000, of us, just saying.

SO to all of you that think Staten Island is just a bunch of overly tanned, perfectly waxed, and implanted people saying “ohh myyyy gawwddd” the whole time….yeah, you’ve probably been here more than once. But my island is my island, the North and the South shore, the beaches, the icky Hudson, its mine, I was born and raised here, and it’s in me, buried in my soul, and in my speech. SO in a way, I guess I could be called that ‘Small town girl,’ not really, but if you’d like to you could. I feel you wouldn’t understand unless you’ve grownup here like I have, understood the culture. Understood the obsession of self-tanning- yeah I still don’t get that one, so good luck. Now not many people understand my humor, so if you don’t, pass this on to somebody you know who does actually have a sense of humor in them, because the real Staten Island is still remaining to be seen, but I’m joining the movement to reveal her true nature to the world. So as we say here, “on the island,” “Whatevahh seeya latta!” (Translated= “whatever see you later.”) 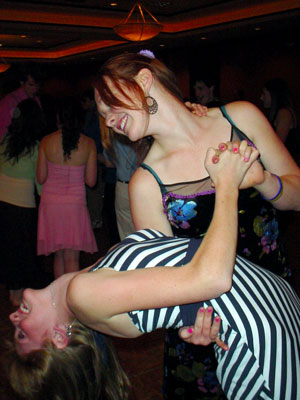