In this world, I’m just another child with a problem. I can understand that. There’s probably millions, if not billions of other kids and teenagers who went through losses and deaths, the same as I did. But that doesn’t change the fact that no one should be forced to go through it.

My story starts in second grade, with a lonely and shy little girl wearing a pink dress, and a group on noisy, cootie-ridden boys. The girl sat alone for the first few days of school, before a particularly loud blond-haired boy walked over, looked at the girl for a few seconds, and asked “aren’t you bored?” I didn’t know it then, but I would grow incredibly close to that boy over the years.

Third, fourth, and fifth grade came and went, and I could safely say that Trenten had become one of my best friends. Sixth grade came, and we were separated and put in different classes for the first time in four years. But we somehow grew closer still, and he even “asked me out.” Before long we were awkwardly holding hands, sharing shy smiles, and in all essence, we were dating. Adults may have teasingly referred to it as “puppy love,” but I felt right with him. Everything was perfect, everything was fine.
Seventh grade came, and we and our friends crept around through middle-school, wide eyed and excited by the idea of being at a new school with new people. The dating game grew more serious all around us, and we shared our first kiss out after school one day. He told me that he loved me, and I returned the favor. I did love him. I was only myself with him, and he with me. We grew taller and filled out, Trenten even dying his hair what he had hoped would be black streaks. Black turned to green and spread, and before long, the whole school affectionately referred to him as “that green haired kid.” Our mini adventures continued, as did our relationship. We shared occasional spats, but they quickly resolved.

Summer loomed, and we had to part yet again. I saw him frequently though- sneaking off to the mall and assorted other places to spend time with him. Half way through summer and a few days until his fourteenth birthday, my parents drove me off to our annual summer family reunion in Oregon. I didn’t go willingly, but I trudged along, putting up with my cousins and enduring my various aunts and uncle’s spats.

The day came when Mom pulled me away from the clutches of two of my cousins, and brought me along to the family room. Dad waited on the couch, his long and bushy eyebrows furrowed over a sad face. Mom sat down beside him, her own features solemn. I waited, looking around curiously. A bad feeling stirred in my gut. I knew the signs. I’d received this same talk years ago, when an old baby sitter of mine had been killed by tossing logs thrown around by a riptide. I told myself inwardly that whoever it was, whatever had happened, Trenten would always be there. I should have known something was wrong. The words dropped from my mom’s mouth like weighted stones.

“Erin, Trenten drowned.” Drowned. The words echoed in my head. It sounded like a cruel joke. It was impossible. Somehow, life had eased its way past my prayers and struck where I’d least expected it to. Trenten had died one day short of his fourteenth birthday. We drove back home for eight hours in silence. I sat numbly in the backseat, staring unseeingly as life went on outside the confines of the car. The words repeated over and over again like a broken record in my head. “Erin, Trenten drowned.” Each time they repeated themselves, a new wave of anger, fatigue, and overwhelming sadness crashed over me, knocking me to my knees as soon as I’d thought it was safe to stand.

By the time I stumbled back into our home, my eyes and head burned from too many lost tears. Our answering machine bleeped repeatedly, announcing a total of fifteen missed messages. I ignored the machine, choosing instead to lock myself into the confines of my room. I buried my head into my pillow and cried myself to sleep, doing my best to escape from everything around me- the calls of friends checking to make sure I was okay, my worried parents, and the fact that I would never have the chance to hold him again.

Even now, a year later, I’ll have to sit back and catch my breath for a few minutes at random. It’s sunk in that he’s really gone now, but I can’t stop myself from wishing he were here, just for a few minutes at least. I walk down our school’s halls alone now, where I used to walk hand and hand with Trenten. People whisper about me, tell me to get over it, and feel awkward around me. I have no choice but to ignore them, and sink back into my memories of that lonely little girl. 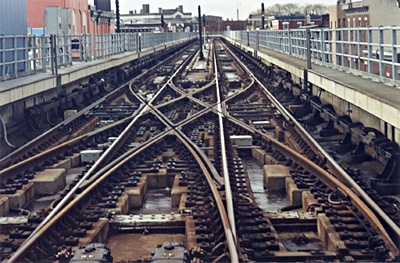 View profile
Thanks for reveiwing. :] It took a lot to write this- I won't deny it felt good to let it out though.
CatherineS BRONZE said...
on Feb. 6 2010 at 8:33 pm
CatherineS BRONZE, Charlotte, South Carolina
4 articles 3 photos 13 comments

Favorite Quote:
"Don't be ridiculous. You have no right to barge into people's castles and take their guitars." -Howl's Moving Castle

View profile
Oh my God. When I first started reading this, I was expecting the typical 'and then we broke up' story. But when I got to the middle and your mom said Trenton died, my heard skipped a beat and I started to cry. Wow. I can't believe what that must have been like for you.