Favorite Quote:
Sometimes a hypocrite is nothing more than a man in the process of changing. - Dalinar Kholin (Brandon Sanderson)

Months ago, in a time when life was fresher, the air was warmer, and my darkest days permeated the brightest nights of summer, I decided my fate in trivial thought.   I sat on the edge of my bed; a familiar scene played out before me, a not quite common occurrence but a sequence that lingered in one's head over and over.  The musty air, closed blinds, and a soft white-yellow light struggling to illuminate the corners of my room, all contributed to an atmosphere of a bland, colorless world.  Despite me having chosen the lights to attempt to make the room look more like naturally illuminated, rather than the buzzing pale yellow of hospital rooms, I had slowly become accustomed too, the room still seemed foreign, distant from me.

Running through my head, over and over again, images and sounds, a cacophony of violent processes pulsing on overdrive; silence enveloped the room, whilst my head was filled with troubled matters.  Some claim to hate themselves, others, someone else.  Me though?  I was tired.  I simply didn’t have the desire to wake up every morning, to put in effort to socialize and make connections.  I wanted nothing more than to lay down and cease: caring, moving, thinking, breathing.  Such actions seemed of little consequence to most.  Chores so menial as the lifting of their chest up and down, up and down, up and down.  But, a substantial few found the activity to be a strenuous one, heaving themselves from their bedside, pulling air from the world around them to fuel another few seconds of dull.

We each make a decision, from the moment our eyes crack in bed to the inevitability of our bones descending to the earth beneath our feet, we each choose to live.  Thousands of times a day, each breath is another decision to go on, another commitment to the life that was bestowed upon us.  Each of us has to have their own desire to live as a resident of this world, no one else can force sanity and clarity of mind upon another.

There was no deep reflection, there was no hidden message that opened in my mind to cause everything to clarify.  And I came to be okay with that.

Slowly, despite the numerous hosts of past memories cradling my mind, pieces began to sink in, to form again anew.  A purpose rang true in my mind.  I understood the meaning of struggle, I understood the meaning of hate, despair, dejection.  I hated the feeling, the feeling of feeling nothing, a detached numbness, and I knew others hated it too.  I had no desire that anyone should feel this way, that anyone should be lost in the depths of despair, where their countenance became in measure to that of the dust of the earth, where their voices became as mutterings of things unheard below.  It became my goal to reach out to others, be a better friend than mine were to me.  To reach out to my enemy, to my outcast, my broken in spirit and will.

I eventually found nothing happier than the work of good, than to toil with my hands to lift up others where I could.  Each individual in this world has the ability to either nurture their hate and division or foster the care of others around them.  Each individual has the deadliest weapon there is to all of man, each has the greatest ability to save what is left of man.  Words can cut like a knife, they can save a life.  Where love and standards have become counterculture, I aim to be outcast, a fellow downtrodden.  The act of interest and genuine care has become scarce in our developed world.

The balance of life and death is fragile.  A twitch of a finger, an action of little consequence, determined everything. Four inches of a barrel was the space of limbo between my possible demise. That day a decision was made, a trivial one maybe but one that set me once again down the long road.  My stops along it are rocky, but grit keeps me on. Although I know someday I yet again will hold my hands in my head, the day was a victory.  I sought not only what I could become, but undertook the road that would lead me there with a head held high.

I offer not advice, nor comfort for every one of those that hear my recollection.  A simple situation, a quick decision may have settled my future permanently.  Said situation will be one that many will encounter and many more have already encountered. Let us, those who understand the depths of despair and have tasted the mud of the earth, be them to raise others out of the muck.  See through the shells and fronts others put up, be your brother's keeper, reach out to all as all feel as we.

Sometimes the numbness overtakes, you see life through the eyes of someone unfamiliar, the things around you don’t seem real.  Push on. 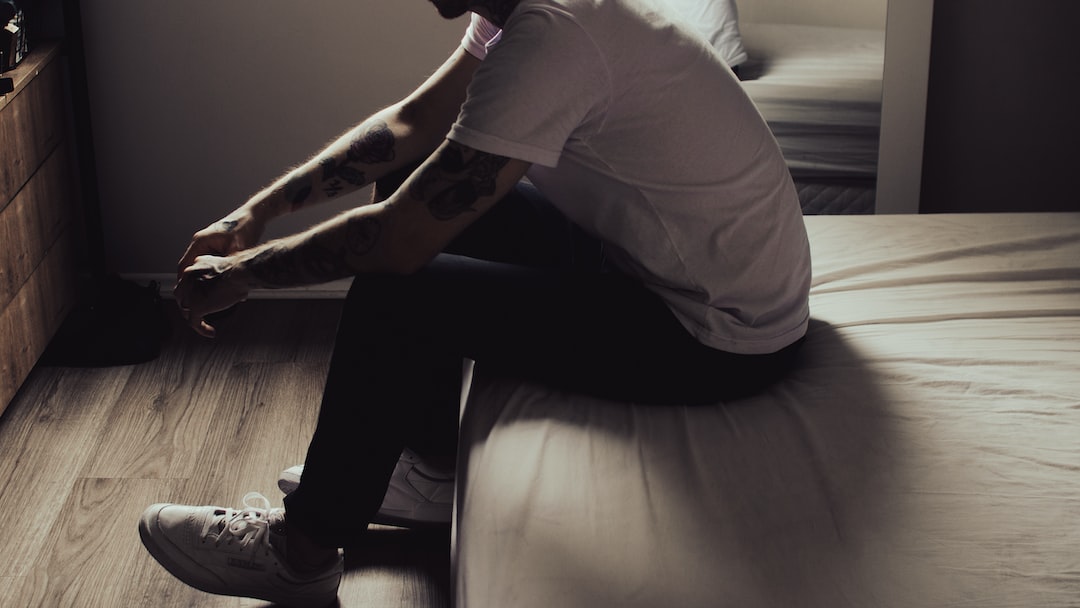 Photo by @felipepelaquim on Unsplash

The prompt for the piece is simple.  My AP Lit teacher asked us to write a personal piece, something important to us.  Now, I thought about writing on something like politics, religion, dating, high school, etc.  But one lonely night I decided to write about something as personal as I could think of.  So I did.  I wanted it to be raw, have real emotions, and be a genuine piece of literature like a journal entry.  Afterward, I didn't change the language, I didn't change the meaning, I didn't change me.  I did not plan to have a deep meaning, I didn't plan to use fancy language.  So I didn't.  I created something so personal yet so relatable.  Everyone has felt alone, but everyone has the power to help others not feel alone.  If you understand the pain and hate it, don't you want others to not feel it either?  Learn about others to help others, and tell others to help yourself.

Nobody knows you as well as you do.  So, the first step should be sharing, right?

Life before Death, Strength before Weakness, Journey before Destination

Favorite Quote:
My favorite quote changes often, but today is : "Fashions fade, but style is eternal." by Yves Saint Laurent. I can go completely ga-ga over the designs of YSL...