Today was rather a tiring day. And I’m so worn out. What did I do too much to break a sweat, you may ask? Actually, I did a lot. Especially at school.

As usual, I woke up early and got ready to go to school. As Gran stays at home all alone when mother takes me to school, I had a guilty conscience because she was completely monotonous due to me. So,  I decided to get her a book from our school library. Actually, you know that I’m a murderer; a murderer of Spanish language. I mean I can speak Spanish, but I kill it due to my ugly accent. And guess what! Gran reads Spanish books. And I usually borrow only English books from the library.

So, I had to convince my best friend, Rita(who was half-spanish and half-american) to give me a hand in the matter. I asked her if she could come with me to the library during the interval and speak, I mean convince, the library teacher to give me a book to borrow today. Rita said, “Well, in exchange for that favour, I want YOU to run a few errands for ME. Our class teacher met me and asked me to get her the signatures of SEVEN teachers in the record book. I want you to do that if I do this to you. You have to do it in the interval. So, we shall go before the interval at science.” I had to agree with no choice.

Before the science teacher came, Rita and I, snuck out of class and entered the library. I did not know how, but I know that my best friend is so persuasive, because the library teacher did not even scold us for entering the library by ‘stomping loudly’ as she usually does. Instead, she told us to take any book which we liked and get the card signed by her. I went to the place where there were Spanish books and randomly picked up a book.

Rita asked me why all of a sudden I decided to pick a Spanish book. I had to tell her the truth. We were best friends. But after I told her, I SIMPLY regretted it. She laughed hysterically like a mental patient who escaped an asylum. If my best friend laughed at me like this for this stupid reason, then if my other classmates knew this, I would be a clown in the class. And that would be a total nightmare! When I was about to write the name of the book which I picked, in the card, Rita asked me whether my grandmother reads documentaries. I told her that she doesn’t and she laughed even more.  When I asked her why she was laughing, she told me that I didn’t even know how to select a Spanish novel. I did not want to get teased by Rita anymore. So I asked another girl who was nearby to help me select a wonderful Spanish novel. She chose me a novel and I was really grateful to her.

When we went to class, our science teacher asked us where we went. I had a hard time to make excuses and finally ended up telling her that the librarian asked us to meet her because I didn’t return a book from long ago. Is she going to ask the librarian or what? So my tell-tale would definitely work, right? Yes it did; she didn't question me further about it. After the science teacher left, many girls asked me why I had borrowed a Spanish book. I was too embarrassed to say that it was for my grandmother. What if they laughed at me like Rita did! No, they won't laugh! THEY WOULD MOCK ME TO DEATH! So I told them a truth which was somewhat a lie in that case.

I told them that last week I had to speak with that cute Spanish guy in the next class as Science teacher told me to ask him some matter on behalf of her. I had to speak with him in Spanish and I literally had it messed up and it ended up with him making me a laughing-stock due to it. That was true. But the lie was, "So, as I too am having my own dignity, I am learning, I mean improving my Spanish by reading Spanish books." And guess what! They LITERALLY believed it. How deceiving I am! And soon the bell rang for the interval, and that was when I had to struggle.

I think my life really held on tight, because I had a really hard time to find those teachers. Believe it or not, SEVEN TEACHERS, and they took THREE periods of mine. All thanks to that feather-brain called RITA! During the last subject, when I went to class, our English teacher told me that as I finished the work first and that the others were still writing, I must go to the staff room and give the key of the cupboard to a fellow teacher, whose name I couldn’t remember. Oh my Goodness! Do I need to talk about it? The final bell rang and I still couldn’t find her. In the end, I gave the key to a teacher in the staff room and told her to give to the fellow teacher.

The same thing happened at home. I had to run a few errands. I had some homework. (Some is not the perfect word to describe the homework, I had way too much homework.) And I had to help my younger siblings to do their homework too. How exhausting! How exasperating!  But, my grandmother really LOVED the book, and all those tiring efforts were worth it. I’m sorry diary, but my hand might come off my body if I write further. So have a good night. I’ll see you and talk to you tomorrow as usual.

LOL(Lots of love, not laugh out loud) 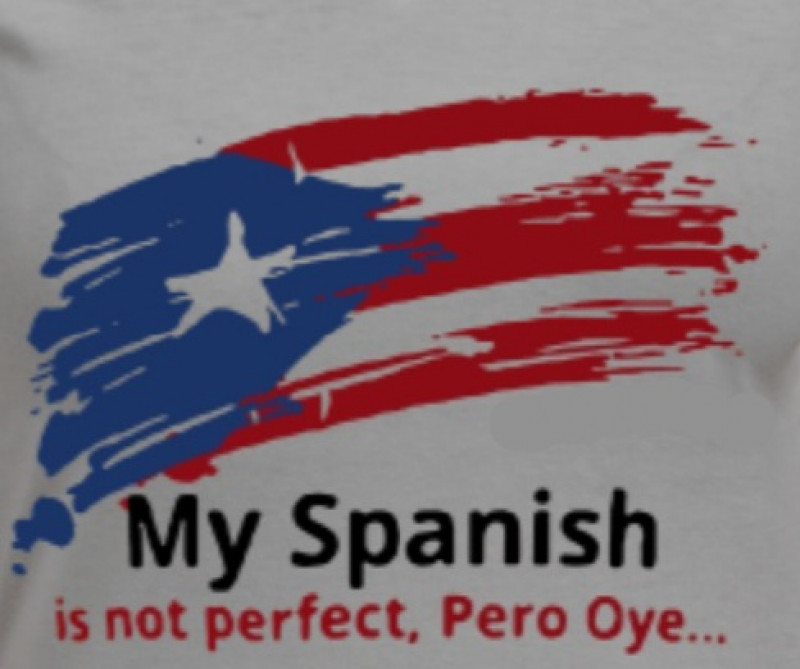 This is utterly ME if Spanish was replaced by Tamil!!! (But that doesn't mean I know Spanish! I don't know a single word in Spanish except for Hola and numbers from 1 to 10)

View profile
This is really funny and relatable! Even something like this happened to me, when I had to speak Spanish! Yes, in Africa some learn Spanish and I am a part of that 'some'.
I just cannot get that adorable Spanish accent yet!😝
Afra DIAMOND said...
on Feb. 20 2022 at 12:28 pm
Afra DIAMOND, Kandy, Other
87 articles 7 photos 1800 comments

Favorite Quote:
“I am a California girl, born and raised, so flip-flops and cutoff shorts are my go-to look."

View profile
LMAO!
This is really funny and relatable. If anyone heard my French accent, my reputation will shatter like glass.
Nice work in telepathy, Afra.
IzzyMossie137 GOLD said...
on Feb. 20 2022 at 9:40 am
IzzyMossie137 GOLD, Aurora, Illinois
11 articles 1 photo 75 comments

Favorite Quote:
"Life is a journey I don't have a map for."
-Delta Goodrem-

View profile
This is a hilarious diary entry. I wish I could write like you. 🥲🥲🥲