This is a tale with a moral, so please forgive me. I have to go back a few days to an explosive event that had been developing for months. It concerns dogs and boyfriends, and how they happen to be very much alike.

It used to be just the three of us: my mother, sister and me. We were a family, strong with independent and feminist attitudes, loving and hateful at once but always honest in every way. My mother always needed someone to depend on and someone to depend on her. I know this because she is my mother and we are alike in so many ways. In the beginning, my father was sufficient but after he left, she needed someone to fill this masculine void. As a result, she found Mark, a 28-year-old cowboy with large biceps, dark eyes and a sly smile. We could never provide the type of love she needed, the love of a man, and that destroyed my sister and me with jealousy.

The first night she left us to go out with Mark, she told us in her gentle Southern voice, "I hope y’all are ready for this. I want you to know that, no matter what, Mark could never replace y’all, or get between my love for you two." It was the Fourth of July, and my sister Carolyn and I sat watching the fireworks on TV through our tears. Mama didn’t return until two a.m. We knew then how much we hated Mark. We would never accept him. Eventually, he degraded my mother into a dependent, battered woman. She became more his girlfriend and less our mother

Over the years my hatred for Mark faded to weary acceptance. Truthfully, he was a dull, dumb person who talked too much, except during his temper tantrums. Then he was a violent jerk who yelled too much.

There wasn’t much room for me to hate Mark, actually, since my sister’s hatred was so strong. In fact, she joked about using an icicle to stab him to death because it would melt and leave no evidence. Though the fights between my mother and sister were hard, I give my sister a lot of credit because her undying hatred was all that kept the two lovebirds from marrying or moving in together.

Last spring, Mama brought home a puppy, a blue heeler. He was an adorable little bundle of life with dark eyes that always looked right into ours. We named him Blue. As he grew, his loyalty to my mother and his home was obvious. Blue hungered for my mother’s attention. He would jealously bite our other dogs and would sit between my mother and us on the couch. She belonged to him. Our home gained the reputation of having "that crazy dog" but she would not train or get rid of Blue, even after he bit the little girl I baby-sat for. This child was not the first or last of Blue’s victims, but Mama’s excuse for keeping such a dangerous dog was that she loved him too much and he was the only company she had when we were away. I’ve grown to understand that this reasoning holds true for Mark, too.

As months passed, the fights between my mother and Mark became more frequent and ruthless. Apparently Mark had trouble controlling himself around other women. According to Mark, his "cheap zipper" was the fault of my sister, because her hatred kept him away from our mother more than he liked. Eventually, the fights and Mark’s absence led my mother to resent my sister. The bond between mother and daughter was being pulled apart by a man with calloused hands. Carolyn often asked my mother to leave Mark, but she never would. Carolyn and Mark’s hatred for each other was growing with the indifference of my mother.

The final explosion occurred on an unpleasantly cold, gray afternoon when Carolyn and I pulled into our driveway to find Mark’s truck there. Mama and Carolyn had agreed that Mark wouldn’t be at our home on school nights, but Mama had broken the agreement. Carolyn’s anger was so intense I could almost hear her thoughts. I tried not to listen.

Confronting my mother in the kitchen, Carolyn began to shriek, "What is he doing here? What about our agreement?" Her tears made her mascara streak her cheeks.

I didn’t hear what else was said because I couldn’t stand being in the middle. But minutes later Carolyn stomped upstairs to pack her bag. When I asked what had happened, she said, "Mama told me to get over it or pack my bags and stay with my daddy. Will you drive me?" I agreed, without thinking.

As we walked out, Carolyn held her head high with her duffel bag on her shoulder. My mother and Mark were standing in the driveway talking. Then Mama looked up and realized her daughters were leaving. Leaving the way she should have left Mark long ago.

"Where are you going?" she asked in disbelief.

"I’m going to Daddy’s, like you told me to, because I cannot stand that a--hole," Carolyn said, cold as stone.

"What did you call me, little girl? Ya better act like an adult and say it to my face," Mark yelled nastily.

Carolyn looked Mark right in his dark eyes and without hesitation calmly said, "You are an a--hole and an idiot and there are worse things I could say but I won’t." Then she looked at my mother, waiting for her to take a stand, to indicate whom she chose: her daughter or her boyfriend. If Mama had only said something, proven to Carolyn that she loved her more than Mark, that she cared about her pain, Carolyn would not have left. But Mama didn’t. She just broke into tears and walked into the house like a coward. 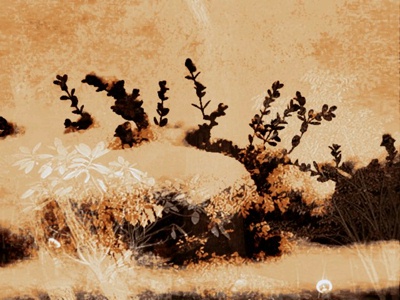