When you hear the words “boot camp” you probably think military, but mine was quite different. There were no drills or officers yelling in my face. Instead, there were four professional filmmakers from Chicago who had traveled all the way to Boise, Idaho to teach me and other teens about filmmaking.

A friend and I had applied and were pleasantly surprised when we were both accepted. We knew this was going to be an unforgettable experience.

The first day of camp we and the rest of our group of eight started brainstorming ideas for our movie. I think everyone was a little nervous to be with a bunch of strangers, but once we began sharing opinions and ideas, it all began to come together.

After a week doing pre-production, we geared up and prepared for what we had all been waiting for: the day we would film our movie. Everyone had worked so hard to get ready and when the day finally arrived, there was a lot of excitement. I had scouted the location - in the mountains outside Boise - and knew it would be a challenge for our crew. The sun raged down upon us for 12 hours, but we finished all 18 scenes in one day, an unbelievable accomplishment.

It was amazing how involved we were in the production and creative process of making films. During the course of two weeks we learned how to storyboard, cast, scout locations, shoot and edit our 10-minute movie. We were introduced to all the aspects of filmmaking and I learned that each is vital to the success of a film. The instructors with Fresh Films really believe in what they’re doing and had us do most of the legwork. We were able to express ourselves in this artistic form and the film was an absolute success.

Although the program ended, things just snowballed for our Boise team when our film was submitted to the Idaho International Film Festival. It was so exciting to see something we had created in a real competition. Being one of the VIPs and seeing people watch our film was like a dream come true. I never thought I would experience something as surreal. Being a filmmaker is like a fantasy job that always seems out of reach, but we did it!

Before this program I had only taken one film class and wanted to be a pilot. But after doing Fresh Films, I want to make movies. In fact, this fall I am heading to Montana State to get my bachelor’s degree in film! 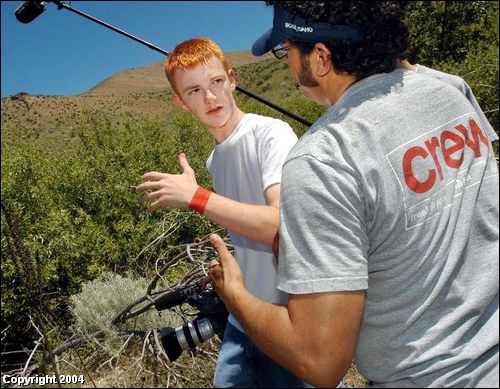