Freedom in Myself | Teen Ink

Freedom in Myself MAG

I sat at my computer, staring at the words on the screen with tears in my eyes. It was February vacation, the house was quiet, and I was alone. I didn’t know what to expect when I turned on the computer; part of me didn’t want to turn it on at all. I felt physically ill just listening to the modem as it tapped into the phone line.

I’m not sure why I was so frightened, literally shaking about opening an email. I knew she wouldn’t care. It was the waiting and thinking that got to me. I had sent her a message the day before blatantly telling her I was gay. Telling her in writing seemed so much less complicated. I wrote, then waited. There was no immediate response, no one to talk to, just me alone in my head wondering why I hadn’t done it sooner.

The next day I opened her reply. She started out writing about our international club trip, which wasn’t exactly what I was looking for. I scrolled down and within seconds my eyes were gushing. I had never experienced such tears of relief. At 17, by myself in front of a computer, my life began.

After telling my best friend that I was gay, I felt liberated. It was only one person, but the experience gave me a sense of confidence. I finally had someone behind me who was nothing but supportive, allowing me to keep a positive view of myself. I’ve always accepted my homosexuality, but it took telling someone else to help me embrace it and get comfortable enough to be able to share my story with others. I’m proud of who I am, happy to be who I am. I’ve never wanted to stand out, never seen myself as an individual because I’m gay. I know now that my individuality is a product of work habits and fashion sense more than anything else. I’ve always assumed that that fashion sense would be a clue, but I guess it wasn’t.

I have never felt as free as I did at that moment. In that one minute, everything changed. It was instantaneous comfort. I could finally stand up a little straighter. There was less pressure on me, less concern. Euphoric - that’s the only way to describe it. Her positive reaction, even though I wouldn’t see her for five days, created unbelievable joy.

Reading her email, I was the happiest I had been in years simply because I knew it would be the start of a tight bond and the beginning of it all for me. I was finally able to start my life with one person who knew the real me. I’ve never claimed to be straight, but I’ve never been openly gay. I’ve never been anything. My life has been spent doing whatever I want within reason. After that email, there have been opportunities for me to simply do whatever I want. 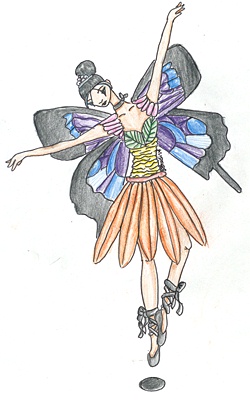