From Innocent Boys to Savage Beast

Human flesh is a last resort for surviving the pains of hunger. For people in Irkutsk, Siberia, they had to turn to cannibalism for food sources. When these people began to turn on their own kind, they’d lost hope of surviving in isolation. Also, the Siberians had lost their sanity during the process of betrayal of the human race. In a way, the boys, from Lord of the Flies lost their innocence due to mammalian eating habits, such as pigs, and accidental killings, Piggy and Simon. Due to their savage, primal instincts, the boys had experienced situations too mature for their young age. Golding uses figurative language and syntax to convey the loss of innocence through isolation and the absence of rules.


The use of figurative language shows the building of events that lead to the boys crying out for their loss of innocence. Ralphs’ uncontrollable crying depicts how the sobs shook him.” His breakdown became so intense that it made in tremble uncontrollably. Ralph was so overwhelmed by the events of the island that he choked on his own tears because of all the killing, fights and group separation. Illustrating the damage done by the boys, the scorched up “island” was “like dead wood.” An apocalypse had consumed the island and all remnant of hope had been crushed. As the boys realize the reality if them being stranded on the island without adults, they take in the nightmarish catastrophe.


The use of syntax shows how desperately the boys need parental guidance. The impending savegery of the boys was illustrated through enumeration which describes their “filthy bod [ies], matted hair, and unwiped nose[s].” The de-evolution of the boys is building on their loss of innocence. It also elaborates the effects of the island on the boys. AS Ralph explains what it” was . . . at first before things- “became barbaric. Ralph tries to explain the misfortunate actions that occurred on the island. The dashes used in this sentence are used as a dramatic pause to exaggerate the after effects of the losses.

The boys have experienced the hardships of living on their own without parental supervision. The boys’ inability to control their primitive instincts caused them to act irresponsibly in their situation. Their actions had extreme consequences that made them create an unfit environment. Golding depicts the boys as being insensitive to their situation. Although the boys were rescued, the boys were mentally unfit to process that happened on the island. Unfortunate as their situation may be, they should have stepped up to the unexpected challenge. 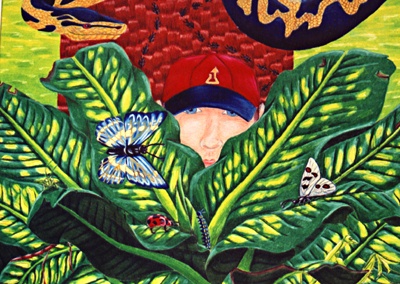