I don't know why it happened to me. Maybe I had too big an ego, or it was just fate. All I know is that it did happen, and there is nothing I can do to change it.

I only had a few drinks at that stupid party. I shudder when I think about it. How could I have been so irresponsible? My morals told me not to drink, so, of course, I listened but decided to drink and drive, only for five minutes. Nothing could possibly happen in that short time.

Gaining confidence as I drove, I decided to lay my foot a little heavier on the gas. Two strange lights appeared from nowhere. By the time I realized they were headlights, it was too late. Suddenly I was in a whirlwind of twists and turns. Glass shattered, the airbag flew in my face, my voice was muted; all sense of gravity was lost as I tumbled into the unknown. Then there was no motion. I tried to move but something was holding me down. I gave up the fight.

All I knew was that I was breathing. I was incredibly aware of my breath. It turned into vapor in the cold air. My breath meant I was alive. That was all I cared about: my life. That night, November 19, 2002, was the night my life changed.

A flash of black and I was in the emergency room. I didn't know what was happening. Doctors were muttering; when they saw I was awake, they told me I would be alright and I drifted back into the darkness.

The next morning I heard what happened to the man in the other car. I was responsible for the life of a person. I didn't take away his life though. He had been stuck inside his burning car for 30 seconds. The smoke inhalation caused brain damage, and the fire caused severe burns. He was also paralyzed from the waist down. His life would never be the same. His face was mangled from the burns, and because of the brain damage, his speech was slurred.

It seems like my life should have gone back to normal. Nothing happened to me. Well, nothing physical, but inside I am a different person. Even now I don't know how to describe what I feel. Terrible guilt can only begin to explain it. I feel it every second of my life. I can't look into his eyes. He was innocent with a flourishing life, and I took away his dreams.

Here I am, 17 years old. Because of my choices, this happened. 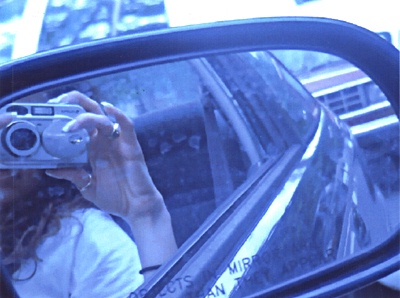 View profile
I think it is brave to write about something that hurts like that. This is a good warning to other teens and I thank you for sharing this.