MILITARIZATION OF SPACE: The space race over the human race? | Teen Ink

MILITARIZATION OF SPACE: The space race over the human race?

“Curiosity is the essence of our existence.” ~ Gene Cernan

Sir Cernan’s quote really opens the eye of the mind and expands our knowledge to how much is really is out there. It is human by nature to seek for the unknown while making extravagant leaps and historical marks in the sands of time. Yet, curiosity has no borders.

Yes, the advent of space exploration that dates back to the cold war.

During the Cold War, the world's two great superpowers—the Soviet Union and the United States of America—spent large proportions of their GDP on developing military technologies. The drive to place objects in orbit stimulated space research and started the Space Race. In 1957, the USSR launched the first artificial satellite, Sputnik 1.

Since then, both countries regularly deployed satellites. Reconnaissance satellites were used by militaries to take accurate pictures of their rivals' military installations. As time passed the resolution and accuracy of orbital reconnaissance alarmed both nations driving them to develop anti-satellite weapons to blind or destroy each other's satellites. Directed-energy weapons and satellites, as well as orbital nuclear explosives were researched with varying levels of success.

Since then, countries all over the world have developed satellites with military motives behind them.

The second application of space militarization currently in use is GPS or Global Positioning System. This satellite navigation system is used for determining one's precise location and providing a highly accurate time reference almost anywhere on Earth or in Earth orbit. GPS has become an indispensable military asset and transformed space into a platform for war. Public awareness of GPS grew during the 1990–91 Persian Gulf War, which showcased its effectiveness to synchronize operations, provide navigation information, pinpoint targets, and locate personnel.

GPS now is the core navigation system for worldwide military aircraft, vessels, vehicles, and personnel. It has changed the nature of weapons targeting, command and control, guidance of unmanned systems, and supply delivery on the battlefield.

The militarization and weaponization of space are fundamentally at odds with constructive commercial and scientific projects. The war in space would destroy the intrinsic trust and cooperation necessary to maintain the systems deployed in space for peaceful purposes. Despite these facts, the development projects for militarization and weaponization of outer space have been on the increase with the aim of one country achieving military dominance over the other in outer space.

Like any other air defence system, the space-based system is prescribed to comprise sensors to detect and track the enemy missile from its very launch and the kill weapons that would destroy it along with the associated command and control elements. Development was undertaken of space-based sensors onboard satellites for surveillance, detection and tracking of enemy missiles, and space-based laser weapons and interceptors for thier destruction. The multi-layered approach envisioned engagement of enemy missiles by ground and sea-based weapons as a last resort if the space-based weapons miss their targets

The ensuing arms race for weaponisation of outer space would create an environment of uncertainty, suspicion, miscalculations, competition and aggressive deployment between nations, which may lead to war. It would put at risk the entire range of commercial satellites as well as those involved in scientific explorations. The problem of space debris, radio frequencies and orbital slots are some of the other alarming issues that would get further muddled should space weaponisation be resorted to in the real sense.
The mid-course missile defence, which shatters missiles in outer space, poses enormous dangers because it would create a massive amount of debris. The same kind of dangers would be created by space-based interceptors. If there were hundreds of interceptors in low earth orbit, the dangers would be immense, because the interceptors themselves would collide with already existing debris, as well as producing debris themselves, creating space-based turmoil.

Another casualty to be incurred by weaponization of space, in addition to the destruction wrought by debris, is the coopting of scarce radio frequencies and orbital slots. As the peaceful scientific and commercial operations in space increase yearly, so does their reliance on radio frequencies and their need for an orbital path, particularly in the geosynchronous orbit.

A major problem is that a country that deploys a military satellite is reluctant to disclose its orbital slot and radio frequency, fearing that such information could be used by an adversary to track the satellite, with the possibility of shooting it down or jamming the signal.

Another problem is that countries, particularly developed ones like the United States, may reserve an orbital slot and may not use it for several years, thus, monopolizing the diminishing number of orbital slots. These actions have rightly become a source of international tension.

This just keeps highlighting the added dangers and risks of extensive motives dominate space that could come at the price of risking the lives of millions. Like publicly proclaimed, “The paradox of today’s world, where peace comes from deterrence and weaponization; and even outer space, God’s sole preserve, has not been left out.” 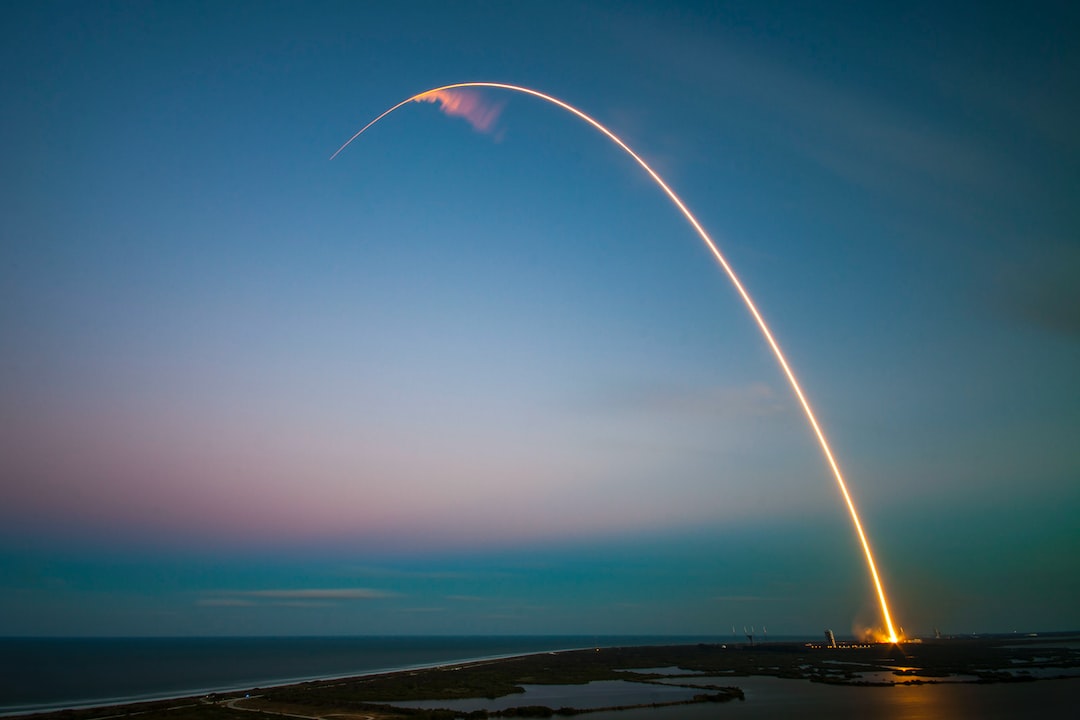 Photo by SpaceX on Unsplash

“The paradox of today’s world, where peace comes from deterrence and weaponization; and even outer space, God’s sole preserve, has not been left out.”