Many teens are faced everyday with having the pressure of perfection on their shoulders, if they are too skinny they can be weak and allowing people to push them around, if they are too over weight, then they face horrible name-calling and being cast out of certain social groups. Everyone sees it on T.V., on billboards, magazines, reads about people in books and sees advertisement, what do they see? People who are starved to perfection, airbrushed and made to look beautiful and handsome. Also, that drives people to start forming an eating disorder is the need to feel control. Many of those who suffer from the disorders are in a place where in their lives that they feel like they are lost and that nothing is they way it should be. They think that one thing that they can take hold of is eating habits, where no one but themselves can effect how they eat or when. Victims feel as though they have power and that they can make themselves who they want to be or can help the need to feel as though you control something.

To try to be as close as they can to these “perfect” models, many individuals have turned to bulimia and/or anorexia. They are harming themselves and the people who care for them. It is estimated that there are 8 million Americans who suffer from an eating disorder. One out of 200 women is an anorexic and two to three out of 100 women are bulimic. 10 to 15 percent are male as well.

Many times, the victims are too careful about hiding their eating disorder and no one would find out to help them. But if someone does, often times, the person can’t afford proper treatment and slip back into the disorder from recovery even worse than before. In other cases where the individual does receive treatment, it is at a high cost that is around $500 per day.

If we as individuals are more exposed to seeing people in the ads, on T.V. and ect. that are not air-brushed and are of average weight then maybe some of the pressure could lift off the shoulders of the people who see the media to look just like the models, actors and actresses. Another thing that might help is having more strict punishment for bullying in schools. Without their piers putting more pressure on them to be “perfect” and accepted, teens will be more confident. They will be able to feel like they can be who they are without the worry of others. As well as the people who are bullying will know that it is not okay to tease others.

Eating disorder awareness will also help people with the problems and if you or someone you know is faced with these disorders that they will know what to do and what the options are. It will help show the effects of the people around them and on their bodies. 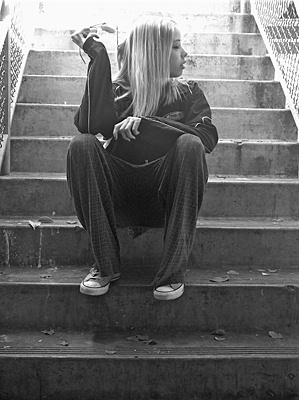 The author's comments:
This article is about the causes and effects of eating disorders such as Bulimia and Anorexia in the everyday teen.
Post a comment
Submit your own