The character of Lucy in Charles Schulz’s classic comic strip Peanuts diagnoses Charlie Brown with a multitude of mental disorders as his psychiatrist. She is similar to the vast majority of doctors who interpret an individual’s mild mental disorder as damaging to themselves and to society. Traumatic experiences such as death, matters of the heart or even an endless unlucky streak are known to skyrocket stress levels and launch a mental breakdown. Charlie Brown embodies the average human seeking treatment for personal torment he believes severely harms him and the community. His only real problem however, is he sat on the wrong clinician’s stool. Lucy is a model of the medical professionals who are incapable of distinguishing illness from idiosyncrasy or disease from dissatisfaction. In fact, mild mental disorders are not psychiatric diseases but rather the result of personality, habits, and choices, good or bad. The general public classifies loss of concentration, shyness, reverse gender expression and grief as unhinged mental health instead of symptoms of everyday strain. Charlie Brown, like most of humanity, suffers from nothing more than life.

Attention Deficit/Hyperactive Disorder, ADHD, is a common excuse for mental inadequacies in children but really is not a disorder at all. ADHD kids in school are said to be inattentive, impulsive and hyperactive. However, reputable clinical psychiatrists Dr. Helen Likierman and Valerie Muter uphold that average children who run around or excessively climb over things, interrupt conversations, talk incessantly, forget or loose items such as pencils, books, or toys, or disobey directions exhibit ADHD-like symptoms (Likierman and Muter). The criteria for ADHD mimics an assortment of other biological diseases, making it nearly impossible for a doctor or any adult to diagnose a child with it. Dr. Anthony Rostain, psychiatry education director at the University of Pennsylvania in Philadelphia, maintains that “Depression, anxiety, bipolar disorder, dyslexia, and even poor vision or hearing can be wrongly diagnosed as ADHD,” because they all share similar symptoms in addition to “The label also may be misapplied to kids who are bright and bored, or those struggling with memorization skills or a family crisis, such as divorce” (Michelle Meyer). Therefore ADHD is nothing more than an indication that something in a child’s life is wrong like a harmful household or mind numbing academics. Furthermore, psychiatrist and author of Talking Back to Ritalin, and director of the International Center for the Study of Psychiatry and Psychology Peter Breggins claims that medical science shows “there are no objective diagnostic criteria for ADHD…no neurological signs, and no blood tests…” as well as “no proof that any physical abnormalities in the brains or bodies of children who are routinely labeled ADHD” (Joel Turtel). Attention Deficit/Hyperactive Disorder is a false disorder used by adults to diagnose the disposition of a disobedient child.

Also in the realm of behavioral disorders, Social Anxiety Disorder, SAD, is an overstatement of simple shyness and is in no way a serious malfunction of the mind. Timidity to an unnatural extent in society is often transfigured as evidence of SAD. Across America, SAD questionnaires misconstrue average uneasiness from uncomfortable situations as signs of a mental disorder. Dr. Michael R. Liebowitz, a psychiatrist and researcher, developed the Liebowitz Social Anxiety Scale (LSAS) to inquire upon the typical individual any possible anguish associated with for instance attending a party, being in a dating situation, or meeting strangers (Liebowitz). Liebowitz’s survey recognizes symptoms of shyness that can apply to anyone at any time. Furthermore, ordinary displays of bodily unease that affect every human being are considered the backbone of SAD diagnosis. Physicians construe common physical symptoms of stress such as blushing, profuse sweating, heart palpations, stuttering, or even difficulty making eye contact as leading support of SAD (Social Anxiety Disorder “social phobia” Symptoms). Finally, SAD is often assumed as the explanation for stage fright or opposition to orating in career or social circumstances. Ashley Pettus, author of the article “Psychiatry by Prescription” published in Harvard Magazine, reflects on a Canadian Journal of Psychiatry commentator’s justification that “many occupations today require public speaking, but ‘this does not make natural fear of such activities a disorder any more than the fact that few people are smart enough to be physicists, tall enough to be basketball players, or beautiful enough to be models makes the rest of us disordered” (Pettus). Bashfulness is merely an unfavorable character quality and not a behavioral unbalance.

Gender Identity Disorder, GID is only a social eccentricity many people experiment with and not a mental imparity. Several old-fashioned medical professionals target homosexuals and transsexuals by religiously placing their hand on the outdated Diagnostic and Statistical Manual of Mental Disorders. In its fourth edition, the field guide to the fruitcakes dictates the “Gender Identity Disorder can be distinguished from simple nonconformity to stereotypical sex role behavior by the extent and pervasiveness of the cross-gender wishes, interests, and activities” (Diagnostic and Statistical Manual of Mental Disorders Volume IV). The DSM definition of GID insults non-heterosexuals by diagnosing the idea that an individual’s gender orientation not aligning with their anatomy is psychotic instead of a preference. Even regular routines that hint at opposite gender expression are judged as signs of GID. “For example,” Kelley Winters, founder of the transgender activism group GID Reform Advocates and advisor for the Matthew Shepard Foundation, an organization devoted to a teenager who was tortured and murdered for his sexual orientation; deduces that “shaving legs for adolescent transwomen and male identified men is described as symptomatic, even though it is common among males involved in certain athletics” (Winters). In 1973, the American Psychiatric Association amputated homosexuality as an arm of GID. Sana Loue, J.D., Ph.D., M.P.H. and the Director of the Center for Minority Public Health at Case Western Reserve University School of Medicine, Cleveland, Ohio, affirms that this withdrawal from the GID criteria was on the grounds that “A significant portion of homosexuals are apparently satisfied with their sexual orientation, show no significant signs of manifest psychopathology…and are able to function socially and occupationally with no impairment” (Loue). Homosexuals are the maestros of a colorful band of individuals who dance to the beat of their own gender expression and inflict no harm on themselves or on others around them. In general, GID is not a medical or mental disturbance but rather a lifestyle choice.


The diagnosis of depression, especially according to the Diagnostic and the Statistical Manual of Mental Disorders, DSM, is cryptic and archaic. Like trying to differentiate between butter and margarine, there is no foolproof test to tell depression as a medical illness apart from everyday unhappiness. Dr. Ciaran Mulholland, MRC clinical scientist, senior lecturer and honorary consultant psychiatrist, guarantees the medical community that there is no examination, such as a blood test or a scan, to confirm whether a patient has depression” (Mulholland). On a separate note, the DSM was once held in the highest regard as the quintessential diagnostic device in the psychiatric department. However, like a funhouse mirror, modern experts claim the DSM distorts the criteria and categories for depression instead of clarifying them. Ashley Pettus asserts that in its entirety, the DSM is a one thousand page volume detailing the bulk of human behavior from personality and mood to sexuality and addiction. It was drafted in 1952 and originally had 106 named diseases; now in its fifth edition it recognizes a whopping 297 diseases (Pettus). Joshua Fogel, PhD and board member of the “Topics in Advanced Practice Nursing eJournal” on Medscape, assesses the DSM-IV’s description of “‘minor depression’ (miD), (to be) characterized by the presence of 2 to 4 depressive symptoms during a 2-week period, and requires one of these symptoms to be either depressed mood or loss of interest or pleasure” (Fogel). This illustration smears what should be a black and white conception of normal melancholy versus medical pathology into an abysmal gray area. On the other end of the spectrum, Ronald W. Dworkin, a practicing physician and senior member of the Hudson Institute, assimilates “‘major depression’ (to be) broken down further into…symptoms of everyday unhappiness like pessimism, hopelessness, and despair. With the creation of the DSM, everyday unhappiness suddenly gained a fixed position in the medical science, if only as a subcategory of a major mental illness…” (Dworkin). The DSM in general speaks in riddles and exaggerates the idea of “disease” and “treatment” but particularly blows the definition of depression out of proportion. All in all, a verifiable diagnostic test for depression is not provided by the DSM nor by any practiced physician and still remains to be seen in medical science.

Psychiatrists convey the same competency in speculating mental illnesses as Lucy displays in dissecting Charlie Brown’s misery. Doctors do not diagnose every cough as the chicken pox, so why should they interpret daily discomfort as a mental disorder? ADHD, SAD, GID and depression remain soggy chunks in a scientifically indigestible stew. The fact of the matter is personality flaws are not mental defects and remain untreatable. If the definition of a disorder is expanded upon, the disorder’s rate will only elevate and dilute into every personal problem in existence. Categorizing everyone as crazy is ridiculous and will destroy civilization. After all, most mild mental disorders are not psychiatric diseases but rather the result of personality, habits, and choices, good or bad. In order to be happy, Charlie Brown simply must accept his quirks and dump his nutty therapist. 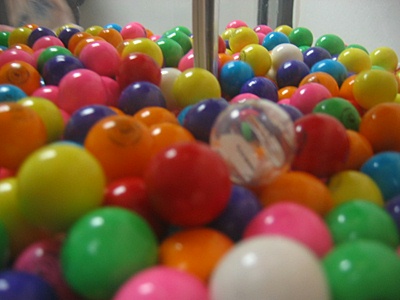