Have you ever wondered where most of your energy comes from? About 10% of the world's energy comes from nuclear plants, using resources that can be reused to help reduce the waste they create, being healthier for the environment than other forms of energy production. Therefore, nuclear energy could be used to prevent many negative events. The halting of nuclear energy would have negative effects on the human population by reducing the total amount of energy available, making humans resort to more harmful forms of power generation and is one of the safest ways to generate power in the world.

First of all, stopping the production of energy through nuclear plants would reduce the total amount of energy the population has. According to an author at Gale, “As of January 2020, nuclear energy accounts for approximately 10 percent of the world’s overall electricity production” (Gale). If the world were to stop the production of nuclear plants, it would reduce the amount of power cities have and harm farmers across the world depending on the electricity. According to the article Nuclear Energy, “The United States produces the most nuclear energy of any nation, equivalent to about 805 terawatt-hours in 2018. However, France produces 72 percent of its electricity with nuclear energy, the highest proportion of any country” (Gale). Halting the production of nuclear energy in these countries would have catastrophic effects by making thousands if not millions go without electricity until their respective government figured out what to use as a backup power source. Stopping the creation of electricity through nuclear means would harm millions by making them go without ways to cook food or clean water and causing panic that might be difficult to control.

Secondly, halting nuclear power generation would make humans resort to harmful forms of energy production. The United States government shows that nuclear energy is one of the less  harmful ways of energy production, seen here, “Nuclear is a zero-emission clean energy source...According to the Nuclear Energy Institute (NEI), the United States avoided more than 476 million metric tons of carbon dioxide emissions in 2019.” (Energy.gov). If the United States alone shut down nuclear plants, the amount of carbon dioxide production would increase due to the fact that many other plants are coal or fossil fuel powered. “An average nuclear facility in the United States requires a small amount more than one square mile to operate and needs 360 times less space than a wind farm to create an equal amount of energy and 75 times less space solar plant (using solar panels)” (Energy.gov). Stopping production of nuclear energy would force the world to create more wind farms and solar panel plants, taking up more room for that and less room for wildlife. If nuclear plants were shut down, it would require people to spend more room and pollute the earth more just to make up for the missing power, harming people and the environment.

Finally, nuclear energy is possibly one of the safest and most effective forms of energy production due to the low amount of resources it needs. “It’s about 1 million times greater than that of other traditional energy sources and because of this, the amount of used nuclear fuel is not as big as you might think… All of the used nuclear fuel produced by the U.S. nuclear energy industry over the last 60 years could fit on a football field at a depth of less than 10 yards!” (Energy.gov). If the United States keeps the same amount of energy in production for the next 60 years, it would fill only a football field with a depth of 20 feet, which is much better than the amount of coal needed to make that much energy in a span of 60 years. “That waste can also be reprocessed and recycled, although the United States does not currently do this” (Energy.gov). If the United States reused that football field with a depth of 10 feet, it should be enough to help keep the country powered for the next sixty years, proving how effective and environmentally safe this form of power production is. Nuclear power is so effective that it’s fuel source can be reused at least one time and preserve the fuel that would otherwise be used to keep the country running, furthermore preserving resources.

Suspending the production of nuclear power would have a bleak outcome for the human population by minimizing the total amount of electricity the world has, forcing humans to resort to more dangerous forms of energy production and is possibly the safest and most effective way to create energy in the modern day. By reducing the energy in the world, it would hurt families that need said power to make food and stay warm. Resorting to more harmful ways of energy production would end up hurting the environment and the ozone layer, which helps regulate heat on the surface, which would cause future generations to have less to live on. Due to the low amounts of waste nuclear plants create, it would save room and give governments the chance to make a designated space for nuclear waste, preventing the waste from hurting the environment.  If governments were to shut down plants, the effects that it would have on people is global. It could affect families and homes, and the world’s future generations, making the air less safe to breathe due to pollution from the coal/fossil fuel plants that were needed to keep the lights on in many countries. 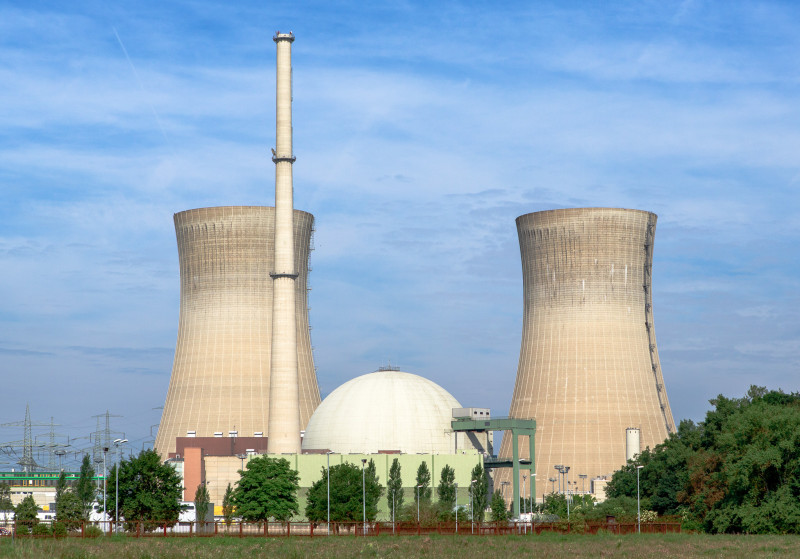 I started this as a Language Arts essay but my attention was quickly caught by all of the information found throughout my research, which can be found above.