The rules of a new world | Teen Ink

The rules of a new world

It seems to be of general opinion that many of the new regulations that have gone in to act have gone a bit too far, and that a certain sense of trust or the student body has been revoked. Some of these seem to cause more stress for both the faculty and the students, than is necessary. The extreme enforcement of uniform policy is an example; the denial of certain styles that are technically not mentioned in the school hand book. In some cases technically defying it’s self. An example being that the school hand book states that Green, Black and Brown are school colors; this doesn’t include the blues and reds of some of the required uniforms. If such a strict enforcement is to be the way of the rules then those rules should apply to all. Also this brings to questions also that the school handbook doesn’t specifically state that all out fits must have the school emblem on them. I also wonder why there is such a need for ID’s, the excuse of safety is pretty sad; if faculty can’t figure out weather or not we belong here by this time of year we are forced to ask if they are even paying attention.

Sure this will evoke criticism and sinicism alike, I am forced to compare some of theses actions to the book “The Wave” where students try an experiment in societal control, the students have a chant and moniker, dress alike, have innate rituals lead by one of the group, speeches and stories are told to bring a sense of sympathy toward the new ideas and any contrary opinions are strictly prohibited. At some points the rules are so conflicting that it is nearly impossible to follow all of them. To illustrate: say a student “A” has their jacket with them an no room to put it in their locker, they have a shop on the basement floor and their first class is science, their locker is near the math rooms in the new wing. How are they supposed to put anything in their locker and get to class on time? I would also like to point out that the common rebuttal to these obvious follies in rules is often, “Well, if you don’t like it just leave.” I would just like to point out to all who favor that response that this is a public education institution and that all have a right to an education in this country. To ask anyone to compete for placement in a program and then tell them that in order to stay in the position they have won they would have to act on an immoral rule in order to keep the fruits of their labor.

Another point is the lack of trust for students, there may be those who are truly not trust worthy but why should the rest of us suffer? If we have no outstanding merits of distrust then why should we be punished for those who do? If I were to forget my ID one day in a rush out of the house, why should I have a day of ISS marring my record if I have no history of such things? And if I can’t wash my very expensive uniform over night one night due to family obligations should I have to make the choice of skipping school or being in ISS, either way I appear to be delinquent to future employers and colleges alike. All the witticisms in the world are simply cacophony when compared to true logical reason, so why doesn’t any one think on the behalf of the students when new rules are imposed upon them. To barrow the colloquialism, “No taxation without representation” I ask why are we taxed with a plethora of new regulations without representation in their making? 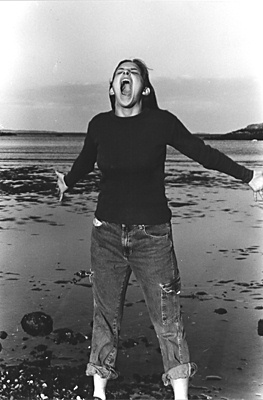 View profile
You are definitely an opinionated person! I thought what was really good about this was how blunt and honest it was, you weren't trying to hide anything. Just work on some spelling issues, for instance, once you wrote weather instead of whether, but those are easily fixable!  Great job!