What Actually is an Advertisement? | Teen Ink

What Actually is an Advertisement?

Advertisements like to pretend like they aren’t. Contemporary commercials contradict themselves and spend heaps of money blending in to stand out, so whenever I identify one trying to sneak by, I have a little “gotcha!” moment, like I just caught a rat. Modern advertising has a conflicting nature: It needs to nab your attention, but you must not know you are being advertised to.

They aren’t just seen on highway billboards or blocking the text on news websites. The quintessential advertisement runs on cable television during an ad break, and these are annoying, but also refreshing and obvious. Our popular conception of an advertisement is something that is easily recognizable. It’s when a company tells you to buy their product. You’ll know it when you see it. This definition is dangerous because of its clarity.

The most effective commercials have historically been the most infectious. The McDonald's jingle burns those golden arches right into my cranium. How much of humanity’s collective labor hours do you think has gone towards ensuring that whenever I hear “I’m lovin it” I conjure up images of a Big Mac? That’s advertising too. When I get a corporate tune stuck in my head and I go around humming it, I’ve been turned into an advertising drone, infecting people around me with carefully tailored mental images. Brands have become recognizable simply by their palates - a Buzzfeed quiz went viral a couple months ago wherein users tried to guess different brands by their color schemes, to high degrees of success.

We reject explicit commercials because we believe we’re above them, but relegating advertisements solely to these simple mediums leaves out more duplicitous messaging. Essentially any time you see a brand name or logo in a Hollywood movie, said brand has forked over the cash to ensure it’s visible. Native advertising is the practice of designing ads synchronous with their medium, ideally so that the consumer feels the advertisement belongs there. If you spend an excessive amount of time on YouTube like I do, you might have noticed many product ads look like video reviews, suggesting that “This isn’t an ad, it’s just the next video in your feed! Watch me check out this great product.” These ads will involve just one person, who introduces themself to the audience like they’re a returning fanbase, adopting the familiar persona of a youtuber. While the gig economy certainly plays a role in this method of advertising, its verisimilitude is the key benefit. Even when the audience is actually familiar with the advertiser (they’re consuming media from a page they follow or a podcast they subscribe to)  sponsorship regulations are pathetically weak, and disclosures are tucked away so that they’re just a method for the suspicious to validate their suspicions, not actually to alert anyone who wasn’t already skeptical.

I was disappointed when Veritasium’s Derek Muller (one of YouTube’s star science channels) released a video promoting self driving cars, sponsored by the autonomous vehicle company Waymo. His content is promoted as easily digestible, but scientifically rigorous. Tom Nicholas, a fellow youtuber invested in politics and philosophy, released a video criticizing Muller for his dishonest framing of the science, explaining that Muller framed Waymo’s talking points as the summation of knowledge in the field. Veritasium’s video was an advertisement. He even explicitly disclosed his sponsored relationship with Waymo in the introduction, but only a slim few members of his audience were able to recognize that they were being advertised to.

This example is particularly insidious, because Veritasium was previously highly trusted by his audience. It’s impossible Waymo was unaware of this, and they abused this trust to advertise to the viewer. It’s exploitative, and it’s not limited to this one instance. Product marketing has taken on the affectation of impartial experts providing advice, to disguise its intent. Advertisements emphasize genuineness and the appearance of spontaneity which is itself manufactured for the benefit of the advertiser. In this matter, advertisements become a simulacra.

Advertisements for new movies or products have now taken on a memetic quality, in both the popular and orthodox sense. Richard Dawkins crafted the word to describe a behavior spreading from person to person in a culture similar to a virus, like corporate meme campaigns encouraging consumers to do the advertising for the manufacturer. These techniques ultimately make people more receptive to advertising, and contemporary ads have become increasingly focused on formation of one’s sense of self. Celebrities’ popular approval is hijacked and used as an ethos to interest us in Shaq’s Papa John's Pizza campaign. Targeted advertising makes commercials feel more intimate, and brands focus on creating distinct personalities that we can parasocially bond to. More than ever, the goal of advertising is to become part of our identity.

“Corporations are people” is a phrase used to describe aspects of how companies are treated legally, but it’s also applicable to advertisements. Brand twitter accounts post their hot takes and act relatable because we’re more likely to parasocialize with something human-like. This is an advertisement too. We get wrapped up in battles between Fritos and Cheetos like we’re sticking up for our friends. We spread branding and corporate imagery like we’re decorating for the home team on game day. I get rabid at Apple iOS users because I’ve formed my persona around a dedication to Google’s Android. I perceive Google as the underdog in the corporate boxing ring, but Google’s parent company Alphabet is worth $1.4 trillion as of 2022. I’ve made it a part of my identity in the same way that a Green Bay Packers fan would their team.

Elon Musk is famous because people like how he advertises, and his popularity is not a product of technical ingenuity. Musk is an aspirational figure, but his image is a Tesla ad. His public perception as a technical genius rather than a marketing one is a advertising ploy, and he’s so popular because he’s been able to hide it. Musk’s ethos is used for the benefit of Tesla, SpaceX, and his other ventures, but he spends time being relatable to convince you that he’s not a commercial. He requires more analysis than the scope of this essay, but his impersonation of a Twitter shitposter and participation in meme culture has grafted itself onto the public consciousness. Personalities are no longer just the vectors for an advertisement, they can become advertisements in themselves. The fact that we want to be like him means that we have created a part of our personas that is advertisement. When we ask ourselves “what would Elon musk do?” we are advertising his brand to the people around us.

Buzzfeed’s native advertising is the most direct in this regard. Visit the site and wonder “Which Marvel Cinematic Universe character are you? Find out which Stranger Things Season 4 character is your soulmate!”. Buzzfeed quizzes are frequently sponsored, and serve as essentially advertisements that the user seeks out. At the end we associate ourselves with a bit of that product (Yoshi is my spirit Mario character! Better go rep his merch!) and we spread it to the people around us. We’ve invested not just capital, but a bit of ourselves in the market as well. Corporations commandeer our identities and use them to jack up the sign value of their commodities. Our egos are subject to brood parasitism: Companies will lay their eggs in us and we are manipulated into raising their young, by spreading their message and branding to the people around us. Our social interactions become the most sought after medium for advertising. In the same way that we are more receptive to ads as sponsorships from celebrities we are amicable towards, we are more likely to accept unintentional advertising from our social circles. When our friends say “Wanna Sprite Cranberry?” in a funny voice and we burst out laughing, we become host for a Sprite ad campaign. The relationship between friends - previously the private domain - now has ad space in the same way that Buzzfeed does, and major bank is spent plastering corporate slogans and memes all over it.

Advertisements are an inexorable part of us. We’ve become asymptomatic carriers for a virus invisible by design, and we need to introspect to make sure we aren’t vectors for advertising infection. Memetic advertising is not bound by traditional mediums, because traditional mediums let the observer know that a message is being delivered to them. It’s not possible to watch a video without knowing that information is somehow being delivered to you. Certainly these types of advertisements still exist. They’re annoying, yet they’re easy to distinguish. But marketing has expanded its focus from these venues. Ads are our aspirations, jokes, and mannerisms. We need to be careful we aren’t subsumed into ads in our entirety. 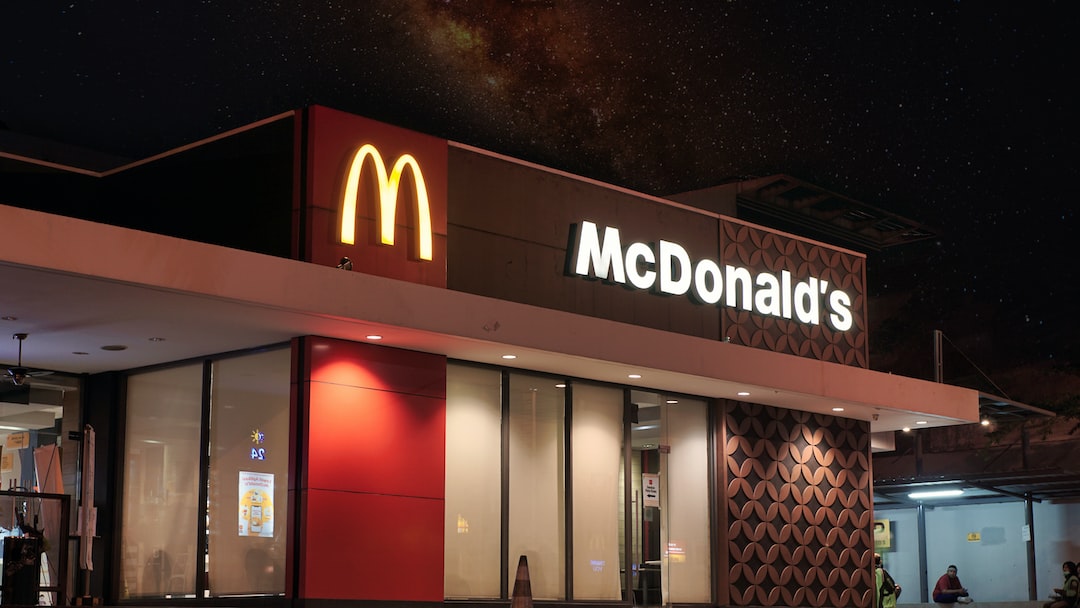 Photo by Visual Karsa on Unsplash

I've done a lot of thinking leading up to writing this piece. Almost everything that I've learned in relation to this subject has come from YouTube. I wasn't lying when I said I spent a lot of time on that platform. It's a great resource but it can also be very dangerous.