Diversity Quotas Are The First Step, But The Problem Persists Deeper | Teen Ink

Diversity Quotas Are The First Step, But The Problem Persists Deeper

Since the early 1900s, the workforce has become quickly populated by a diverse array of white-collar workers: spanning across varying genders, racial identities, and socioeconomic classes. However, while it has slowly begun to open its doors to new employees, representation of each demographic group is far from equal. With a heavy skew towards wealthy white males, researchers have yet to see the sustainable bridge to workforce equality.

One solution that has risen to prominence over the last decade are diversity quotas. Diversity quotas are essentially the requirements that companies set for themselves to hire a certain number of employees of a particular gender or race: allowing them to expand their company profile. With the mentality that an inclusive workforce is the best way to fight against discrimination, millions of companies across the globe have adopted diversity quotas in the name of equality.

For many nations, these measures appear to be working. In a recent 2013 study conducted on Norway, one of the first European countries to adopt diversity quotas, researchers found that the introduction of the quota law drastically increased the likelihood of women reaching senior executive positions, whether that be as board chairs or CEOs. In fact, female representation on the boards of Norway’s publicly listed companies rose from 3% in 1992 to 40% in 2009. Other countries like Germany, India, and Spain experienced similar phenomenons.

It is important, however, to recognize that with an increase in surface-level representation often comes unintended consequences, many of which exacerbate underlying discrimination ingrained in global workplace culture. Regardless of the increase in gender and/or racial diversity a company witnesses, it is important the company focuses on employee representation only as the first step in a longer-lasting initiative.

As diversity quotas continue to be subject to intense controversy, the public must be aware of the benefits that they bring, and the areas in which they fall short to bring substantial change.

The Inherent Stigma of Diversity Quotas
In 2016, the annual Fortune 500 list made national headlines as a record-breaking low of 21 companies were reported to be run by female CEOs. In other words, merely 4.2% of all companies across the nation had women in executive power.

While this percentage has slowly risen to 8% in 2021, inequity in the workplace is still alarmingly prevalent– shedding light on the corporate divide society has left to bridge. As a result, many companies have focused their efforts on recruiting individuals that may enhance their representation statistics, such as intentionally hiring females, people-of-color, and LGBTQ+ employees. While this is surely a step in the right direction, this phenomenon oftentimes perpetuates discriminatory stigma: making it much more difficult to truly practice workplace integration.

Individuals who are cast into executive managerial positions (resulting from diversity quotas) oftentimes experience backlash from their fellow employees. Quotas can create the perception that individuals–particularly women– don’t belong in the positions they are casted for: creating negative company sentiment and leaving employees to feel marginalized and delegitimized by those around them.

Moreover, the presence of diversity quotas can, as emphasized above, appear to be a superficial attempt on behalf of an employer to improve their public profile, without any additional effort to make employees feel truly integrated into corporate culture. “Quotas act as an extrinsic motivator because they are a rule imposed externally that forces managers to behave in a certain way,” explains the Gender Economy. “Psychological research has consistently shown that when someone else forces or rewards people for doing something, they become less motivated about the task: they attribute their motivation to coercion. In the case of quotas, even if employees personally believe in working toward gender diversity, imposed quotas can make them believe that they only care about diversity because the company wants them to, not because they do personally.”

Diversity quotas can make substantial change to workplace equity, but only if they are coupled with focused efforts to de-stigmatize company culture and grant equal opportunity for all employees to succeed. Otherwise, diversity quotas may be superficially impressive, but they are harmful in practice.

Where The Real Problem Needs To Be Addressed
The first step to addressing workplace inequity is understanding that the solution extends far beyond a quick-fix hiring process. Without addressing the root issue– systemic racism and sexism engrained in the workplace– no amount of legislation can substantiate real change.

“These quotas are like air freshener over a stench; they may smell nice, look nice, and for a moment you believe they are nice, but the real problem, weeks-old trash, persists. Diversity quotas may put on a progressive facade, but in the end, they essentially fail to rectify the prejudiced minds that created this inequality problem in the first place,” argues The Wake. “An employee becomes the company’s “token black or Asian or Latina girl”—a mere facade for the company that exploited the color of someone’s skin for a reputation.”

As white males have heavily dominated the workplace until the first half of the 19th century, attempts to diversify company management have often been matched with frequent backlash. According to a recent survey released by the Society for Human Resource Management, more than a third of Black workers report being treated unfairly in the workplace because of their race. The percentage climbs to almost 50% when surveying Black employees over a longer time period of five years, with Asian employees trailing behind at 26%, and Hispanic employees at 21%.

The point is, merely hiring diverse candidates fails to address the underlying discrimination employees face after integrating into the workforce.

Notably, this discrimination does not have to be intentional. Unconscious bias in an intrinsic aspect of the human brain, and it has been exacerbated by years of racial oppression and gender inequality in this country. For example, men have long been stereotyped as having technical careers, and women subject to non-technical careers. For decades, researchers have continued to discover the representation divide that exists in heavy-STEM fields. As a result, when women enter executive roles previously occupied by males, they are often looked down upon and seen as unqualified by their colleagues.

Another example can be seen through college education. In current day society that places such a large emphasis on gaining admission into the prestigious Ivy League, employees are often disadvantaged in the workforce if they do not come from such colleges. Rather than being a measure of an individual’s work ethic and success, college education often boils down to financial wealth, legacy status, and the academic resources applicants have available to them throughout the college admissions process. Typically, systemic barriers have prevented low-income and minority groups from having access to such privileges (BeApplied).

Thus, unconscious bias– rooted in a long history of racism and sexism– makes it harder for diverse candidates to succeed in higher-level positions.

Revolutionizing the Workplace
Diversity quotas are an important first step, but without further action taken to eradicate workplace stigma and create a sense of company inclusiveness, substantial progress fails to be made.

According to Harvard Business Review, the most necessary step to promoting long-lasting diversity and inclusion is to become a better ally. In other words, it means taking steps to engage in substantive conversations, to reaffirm commitments to social justice, to force individuals in positions of power to recognize their own privilege.

“We view allyship as a strategic mechanism used by individuals to become collaborators, accomplices, and coconspirators who fight injustice and promote equity in the workplace through supportive personal relationships and public acts of sponsorship and advocacy,” explains HBR. “Allies endeavor to drive systemic improvements to workplace policies, practices, and culture.”

Whether it be educating yourself on the history of gender and racial inequality, becoming a confidant for other marginalized colleagues, seeking to bring diversity– both in culture and perspective– to the workplace, acting as an upstander against discriminatory behavior, or building a community of fellow allies, the opportunities to make lasting change– that of which extends far beyond superficial business strategy– are endless.

As companies continue to look to diversity quotas as their quick-fix solution to workplace inequity, they must evaluate the balance between progressiveness and performatism.

Are diversity quotas ever truly enough? 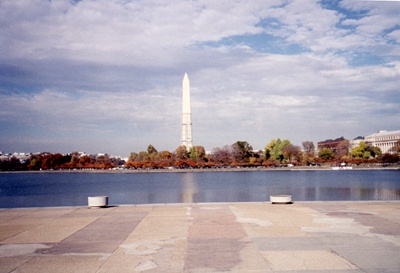 As diversity quotas continue to be subject to fervent controversy, the public must be aware of the benefits that they bring, and the areas in which they fall short to bring substantial change.