A Letter to my Grandmother | Teen Ink

A Letter to my Grandmother

It’s weird to write that down. My mother has cancer. She found out last week, but couldn’t bring herself to tell my brothers and me until today. On Tuesday, I found out my mother has bone cancer. I knew it was bad news when my father called my brothers and me down to our formal living room. I knew it was bad news when I saw that the box of tissues had been conspicuously relocated to the coffee table in front of the couch. I knew it was bad news when my father prefaced his speech by saying, “Your mother’s going to be okay.”
On Tuesday, I found out my mother has cancer. On Wednesday, the phone calls began. We have received dozens of phone calls from our relatives. Every time the phone rings, it’s someone on the other end spewing sugary words of encouragement, imploring my family to keep going, promising that everything’s going to be all right. My mother doesn’t answer the phone anymore. Ever since she told her sister, who told everyone else, she pretends that the phone does not exist, because that’s easier than pretending the cancer does not exist. The phone rings, and she sits there and stares. My mother has cancer and she won’t pick up the phone to hear the feeble attempts at cheer and optimism of family members and friends who have resolved to be strong for us in our time of need. My mother has cancer, so I answer the phone for her and pretend that my relatives are right; everything is going to be all right.

She looks the same. My mother looks the same as she did last week, before I knew she was cancerous. The tell tale signs of cancer that my doctor drama shows have conditioned me for are missing. There are no sunken eyes in this house, no waxy skin, no frail bodies, and no bones poking out from under a thin layer of crepe-like skin. There are no ghosts in this house, only five fully alive people. This part of cancer is never on TV, that part that consists only of sitting and sighing and breathing and waiting. My mother has cancer and I am waiting for something to look like it does on TV so then I will know how to act. My mother has cancer and I am preparing the lines I have heard said on “Grey’s Anatomy” and “House” because I don’t know what else there is for me to do.

I found out today that cancer has a smell. Since the rest of the world found out about the cancer that has taken roost in my mother’s body, flowers have become constant. My mother has cancer and our neighbors think that a vase of tasteful calla lilies will somehow make this more bearable. Someone decided to put all of the calla lilies upstairs in my parent’s bedroom where my mother has taken up permanent residence. I am afraid to go upstairs because the whole upper level smells like calla lilies. The whole upstairs smells like cancer.

The air has changed in our house. Everyone holds their breath, tip toes around, trying their best to be as silent as possible. As if being quiet will make the cancer go away, as if it can hear every sound we make. My older brother has adopted the cancer vow of silence, like a monk praying for nirvana. He stands in my doorway at night, while I lay in bed reading cancer-free books. He stares and stares at me, until I invite him onto my bed and read to him excerpts of my book. My older brother does not speak, but sits on the flowered comforter that seems to joyful for our now cancerous lives. We listen earnestly to the gentle drones of the radio, allowing it to fill up the space between us. No words can be formed from this diagnosis. My mother has cancer and my brother is quiet. 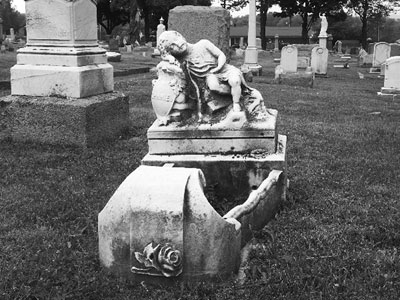 im so sorry about your mom, my family is also going through the same thing because she is fighting breast cancer.

just keep your head up and express yourself through writting.