When you think ofenvironmental problems you probably think of pollution, but the poaching of wildanimals is one, too. Poaching has plagued environmentalists for years and,despite laws, this horrific crime has yet to be stopped.

Poaching is aserious problem, especially in Africa and Asia. This crime is committed forcommercial profit, meaning hunters kill animals illegally and sell their hidesand parts. Although poachers usually hunt tigers, elephants and rhinos, they killsharks and whales, too. This illegal hunting has led to shrinking populations ofmany species.

Many nations have banned poaching, but enforcement isdifficult. The small number of police officers trained to deal with this createsan unfair advantage for poachers.

Poachers usually kill animals for onlyone product: tigers are slaughtered for their striped fur, elephants are killedfor their ivory tusks and rhinos their large horn. The bodies of the animals areleft to rot. Sharks are lured to boats and caught on a hook that pulls themaboard. Their dorsal fins are cut off and their bodies thrown back into theocean. Without fins they can't swim and will die. The illegally obtained fins areused to make shark fin soup, a delicacy in Asia.

The laws that"protect" animals are no more than pieces of paper. The currentpoaching bans need better enforcement, and I have a plan.

The number ofenforcers needs to be increased so that there are enough to watch the herds andmake sure poachers can't shoot the animals. The reserve parks in Africa shouldbecome a huge zoo so that the animals can migrate but within a fenced area.Another idea is to build a cement enclosure instead of fences. Watchtowers couldbe constructed so enforcers can monitor a wide variety of poacher targets. Thismay not completely end the problem, but it would slow it down.

Poachingis a serious problem and a criminal act. The effects of poaching will be felt forcenturies to come, and if there are any still alive, the only place to seeanimals might be in a zoo. 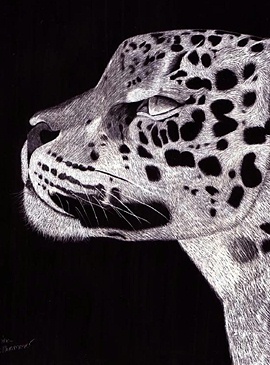 This article has 29 comments.

so true how can someone seriosly think this is professional

sillyaardvarkabc BRONZE said...
on Jan. 6 2010 at 4:18 pm
sillyaardvarkabc BRONZE, Riverside, Connecticut
4 articles 0 photos 63 comments
View profile
I feel really strongly about the poaching of gorillas in the Congo, so I support the DFGFI. Everyone should do all they can to support animals in need. Great job informing everyone about this.