The Devastating Ecological Effects of the Vietnam War | Teen Ink

The Devastating Ecological Effects of the Vietnam War MAG

TheVietnam War devastated that nation in many ways, but the horrendous death tolloften overshadows its other effects. One long-term effect that is seen now andwill persist is the ecological damage. Many point to Vietnam, where dense jungleswere another enemy to subdue, as one of the clearest examples of environmentaldamage during warfare (Lanier-Graham, xxvii).

One of the biggest advantages that Viet Congsoldiers had over the United States in the struggle for South Vietnam wasknowledge of the landscape. They used this in their guerrilla warfare tactics tostay undetected. The United States found it could combat this military tacticwith a new style of warfare that used chemicals to clear large areas of land.This tactic was also useful in the age-old war tradition of destroying theenemy's crops in hopes of encouraging surrender. Two of many chemicals that werewidely used in Vietnam were Agent Orange and Napalm.

Agent Orange was adangerous mix of two herbicides dispersed by the Air Force in what became knownas Operation Ranch Hand. Ranch Hand members became infamous for the massiveamounts of damage they inflicted, which is evident in their unofficial motto"Only You Can Prevent Forests" (Isserman, 83). The project used cargoplanes to spray the chemical 150 feet above the treetops. It killed offvegetation that had provided the enemy with cover, and their food crops. Thechemical was very dangerous to people who came into contact with it and its usewas stopped in 1971, but the damage was already great after almost a decade ofuse.

Another chemical used in deforestation was Napalm. This stickysubstance was dispersed onto vegetation and then ignited. It burned similarly togasoline, and quickly destroyed all surrounding vegetation. Napalm wasresponsible for the destruction of much of the landscape. Chemical defoliationdamaged the ecosystem in unimaginable ways, but our government considered itnecessary to defeat the enemy. The United States also used other methods tofurther wipe out the forests (Barr, 34).

In addition to the chemicals usedin deforestation, the United States brought in heavy machinery to further alterthe landscape to their advantage. One of the most commonly used, and mostdestructive, was the Rome Plow. This was simple in design but caused immensedamage. It was an eleven-foot wide, two and a half-ton blade attached to a 20-tontractor. The machines are estimated to have cleared approximately 1,000 acres ofland daily at a rate of about one acre of land per hour, and every day theyoperated a fleet of 150 tractors. Not only did the Rome Plows kill massivenumbers of animals and tons of vegetation, they also caused erosion, a problemthat is still a concern of ecologists today.

As a result of deforestation,the area around Vietnam is also feeling the effects of the war. This is due toone of the basic principles of ecology: the environment is interconnected. If younegatively impact one area, the results will spread. All the forms ofdeforestation were just the beginning of Vietnam's damaged ecology, because theywere tactics to set up weaponry, which also was extremely harmful to the ecologyof Vietnam.

Studies have revealed that close to 16 million tons ofmunitions were used in Southeast Asia. These are responsible for the creation ofmore than 30 million craters averaging 30 feet in diameter that are infertile dueto the lack of topsoil. The craters also damage the drainage patterns of the areabecause they fill with water. These basins become home to disease-bearingorganisms, further impacting the ecosystem. The craters are not the only impactbombing had on Vietnam's ecology - the bombs released sharp metal scraps, knownas shrapnel that killed not only enemy forces but large numbers ofwildlife.

Many effects of the Vietnam War on the environment have provedirreversible. Many species of animals and vegetation were greatly reduced and, insome cases, became extinct. In these situations, little can be done to amend theproblems that the war created for the ecology of Vietnam. But it is importantthat we understand how harmful the destruction really was beyond the human cost.We must take this knowledge into consideration when entering future wars. Aswartime technology advances, more and more destruction can be done. We must limitthe use of technologies that turn a nation's environment into another victim ofwar. ^

Lanier-Graham, Susan. The Ecology of War.Ontario: Thomas Allen and Son, 1993. 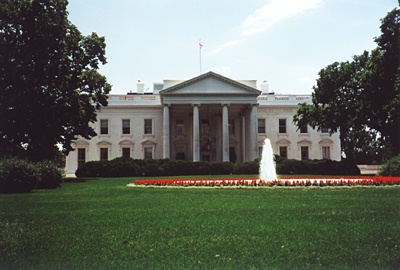