Caps for Cancer: A New Movement for Change | Teen Ink

Caps for Cancer: A New Movement for Change

Favorite Quote:
"We especially need imagination in science. It is not all mathematics, nor all logic, but is somewhat beauty and poetry"- Maria Mitchell

You’ve just finished your favorite bottled drink. All that is left at the bottom are the small drops of green liquid; residue from your enjoyment. You unscrew the top and toss the bottle into the recycling can, grinning at your feat, knowing that that one step has just helped the planet. The round cap in your hand is than thrown into the garbage can as you skip merrily away, continuing your daily routine with ease.
The can is later raided by the workers who go around, night after endless night, emptying what we simply take for granted. The men and women empty both the recycling and trash into two separate containers. They drive off in their rumbling trucks, the mass of junk packed tightly in the trailer. As they pull into the facility, they separate the bottles from the cans, the cans from the paper, and throw the waste onto another conveyor belt, leaving it to travel to various landfills.
As the garbage is dumped onto the ground, a curious bird wonders onto the mounds of rubbish, smelling the succulent rotten banana peels and dried, browned apples. As it searches, hungry and unsatisfied, it comes across the brightly colored plastic bottle cap you threw away mere hours ago. Believing it is the answer to their bellies calls; it takes the cap into its beak and swallows it whole; barely small enough to fit down its small throat.
You can probably guess what happens next.
This is a widespread, national unknown problem that has plagued our country since the “plastic bottle cap” was first introduced in 1947 for soft drinks.
If citizens were aware of this crisis, the average solution would be to recycle the bottle cap along with the empty bottle.
But did you know that bottle caps are generally a different type of plastic than the bottles themselves?

Recyclable plastic bottles are made from a kind of plastic called polyethylene terepthalate. You can recognize this type of plastic by a number one and the letter’s PET on the bottom side of a bottle’s base.
Bottle caps, on the other hand, are made from a type of plastic called polypropylene, indicated by a number five and the letter PP. The two substances have different chemical properties, such as a 100 degree range in melting points. In any case, when the two types are mixed, one contaminates the other, reducing the value of the material or requiring resources to separate them before processing. When the bottles are sent with their caps on to a recycling plant, the workers simply cut them off and throw them right back into the garbage, which will soon end up in the landfill once again, posing the same hazard to the animals that might live around that area.
Few consider this, but the small round lids that seal your Gatorade or Poland Spring water bottle can be just as dangerous as putting a gallon of gas on an open flame. Plastic caps and lids can jam processing equipment at recycling facilities, and the plastic containers with tops still on them may not compact properly during the recycling process. Most plastic bottles are baled for transport. If the tops do not crack when baled, the containers with tightly fasten lids can explode when the temperature increases. This brings about potential safety issues for the plant’s workers, which is why most recycling facilities simply get rid of the cover if they are encountered.
Although it seems like an endless cycle of dread and doom for Mother Earth, there are ways to prevent mishaps with the bottle caps.
Polypropylene, the number 5 plastic bottle caps, can be made into items of use: garden rakes, brooms, and even sturdy ice scrapers!
I sat alone in my room one night, these facts buzzing around in my head like a swarm of angry bees. What could I, a teenager, do to take my part in the society; to raise awareness about this issue? Thus came about “Caps for Cancer”, a new program that will help two causes: A cure for the Earth and the long awaited cure for Cancer. Cooperating with a plastic bottle cap recycler as a team, we can begin our journey. Using money collected from recycling the lids, we can help hospitals and research facilities take one step closer to finding a cure.
Bottle caps end up in landfills, on the street or even in the ocean, where animals, both marine and land, eat the brightly colored objects every day. The result? They die.
Together, let’s make a difference.
Join Caps for Cancer today.
One bottle cap. One step at a time. Help us end cancer 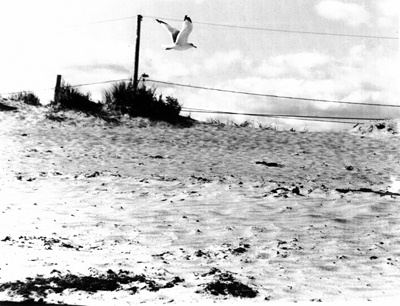