It's not something many people know about,but surprisingly, it has brought a community together: it's a schoolhouse builtin 1840 that was sold recently because of politics.

A handful of otherseniors and I were introduced to this project by our Participation in Governmentteacher, who told us the small schoolhouse was being sold to a private owner. Wedecided to try to save the school as a project and discovered that TimothyHopkins donated the land to the Town of Amherst in 1840 for use as a school,which it remained until the 1920s. From then on it had many uses - from a seniorcenter to a youth center - until the early '90s. Then it became a quest for abunch of seniors to try to save the historic landmark. That's when the seriousresearch began.

Our interest in this project took us to the Erie CountyCourthouse in search of the 1963 deed (when the town sold it to the schooldistrict for the price of one dollar). We went to the real estate office andcollected door-to-door opinions from locals; the information and questions beganto pile up. With this information we went to the school board meeting where thesale was to be decided. Our plea went unanswered; we were voted down. Headsdrooping, we left the meeting feeling defeated.

But the project was notover. We followed some leads that it might be a Native American burial ground andfound some evidence to prove this. The house next to the school is a documentedburial site; bones were discovered there in 1958. We argued that finding Indianrelics on either side of the schoolhouse suggested it had relics in its yard aswell, and that the deed stipulated there be no expansion or digging in thebackyard until a proper excavation had been done.

Although our small groupand community suffered defeat, the project wasn't all for nothing. We learned aharsh lesson in politics and now understand government better. I hope studentswill take a leadership role for anything they strongly believe in, even whenconfronting adults who might not agree. We may be only teenagers, but we do havea voice. Let's not be afraid to use it. 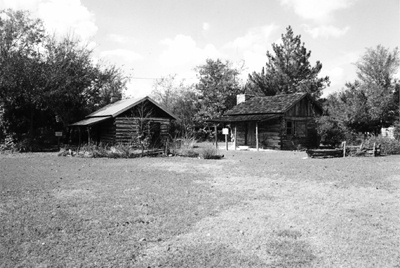