A Day at PAC

I could feel the excitement in the air. Everything was quiet and dull after school that day. I was able to hear the whistling of the birds in the trees as they performed as a chorus for the calm, quiet sky. Yet, despite the calamity, my hands could not help but sweat as the weight of my arms was trying to prevent me from opening the door. I fought off the nervousness, however, and pulled on the door handle. Suddenly, through the mere crack of the door, a wave of laughter flew through the air turning what used to be calmness to something that sounded like a comedy club.

Seeing the look on the faces of some of the children in the PAC afterschool program when I walked in that day gave me the impression that I may have made a bad choice. The smaller ones did not seem to mind me at all, but most of the older ones were glaring at me as if attempting to intimidate me. I shook off what little pride I had left and stumbled to the sign in table. Before I could sing my name and the time, however, a small little second grader walked up to me and asked, “Wanna help me do a puzzle?” with the most excited face I have ever seen as if he had just gotten a cookie from God. Afterwards, I felt my timidity shake off of me and my entire body felt as light as a feather. Perhaps this was not such a bad idea after all.

Apart from supervising and entertaining the children, I was assigned a somewhat important task. Most of the parents that would come to retrieve their kids were non-English speakers. Of course, being the only Spanish speaker available at the time, I constantly had to translate from English to Spanish and vice-a-versa.

Despite everything I had to do, there was always one simple thing that surprised me the most. Every day when a child left, he or she would always clean up after themselves and leave their areas spotless without ever being told to do so.

Nevertheless, I realized that my first impression of these children were entirely incorrect. Instead of being loud, obnoxious, and untidy, I was proven wrong by their completely juxtaposed behavior. Looking back at it now, I would have to admit that that winter gave me one of the greatest experiences of my life, thus far. 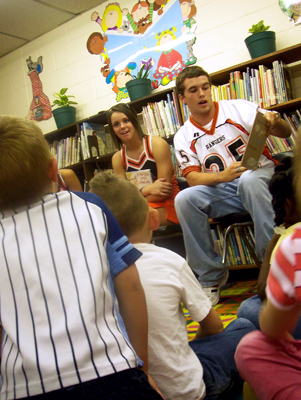