Kibera: A Problem with Solutions MAG

Favorite Quote:
It's time to trust my instincts, close my eyes, and leap!

The Kibera slums, Nairobi, Kenya: a land of corrugated metal roofs, muddy side streets, and roughly 700,000 people crammed into a single square mile. Kibera needs help, and yet, in spite of the many ways people could get involved, most don't – even as the inhabitants of Kenya's most infamous slum suffer because of inadequate food and water, rampant diseases, and little or no educational opportunities.

Kibera is the largest slum in Nairobi and one of the most crowded places on Earth. Residents live in makeshift houses and do what they can to get the food they need to survive. Typically, one or more of the adults in a household has HIV/AIDS, according to National Geographic. This leaves the children with too much responsibility, and almost half Kibera's population is under 15.

The people of Kibera focus mainly on survival. They do not have the resources to make a better life for themselves, so they desperately need outside help. With all our resources in the U.S., we have an overwhelming ability to improve life in Kibera.

As students, we can raise awareness by writing letters to politicians to ask for their help, or by writing to our local newspaper. We can present information about Kibera – and ideas for taking action – to other students. These tactics will at least inform others, and may move them to get involved in improving the situation.

Of course, one could donate to an organization that helps the people of Kibera. One in my area is Carolina For Kibera (CFK), a group affiliated with University of North Carolina Chapel Hill. “CFK works to improve basic health care, sanitation, and education in Kibera,” explains the group's website. Community Support Group Kibera and the International Medical Corps are two other relief organizations.

President Obama visited Kibera in 2006 (before he was elected) and promised to help. He told the people of Kibera that he wanted everyone in America to know about their plight and promised to push the Kenyan and American governments to take action. “Everybody in Kibera needs the same opportunities to go to school, to start businesses, to have enough to eat, to have decent clothes,” he said.

Obama and his wife got public HIV tests in an attempt to allay Kenyans' fears of testing. About one-fifth of the slum's inhabitants are HIV positive, Carolina For Kibera estimates.

But HIV/AIDS isn't the only disease that kills in Kibera. Malaria, typhoid, and cholera also afflict much of the population, according to the Kibera Slum Foundation. These diseases are spread through unclean water and poor sewage management, so the foundation works to provide better drainage, cleaner drinking water, and improved sanitation facilities. This California-based program also works with the people of Kibera to create sustainable educational and economic opportunities so residents can support themselves and improve their quality of life for generations to come.

Another critical reason the residents of Kibera need help is the global rise in food prices, which affect the poor most, and the people of Kibera are definitely poor. More than half of the Kenyan population live on less than $1 a day, according to National Geographic.

It is obvious these Kenyans need our help. So do something! Write your congressional representative. Send an opinion letter to your local paper, or raise money for the relief organization of your choice. Choose your plan of action, then get out there and make some changes. We're the ones who will inherit this world – shouldn't we have a say in it? 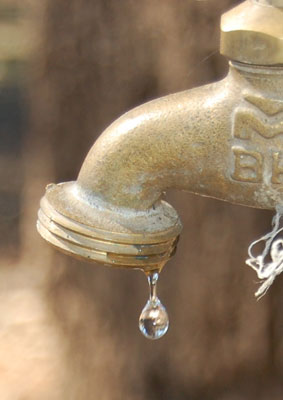 The author's comments:
I am really interested and concerned about Kenya, as well as the other African countries like South Africa, Sudan, Tanzania, etc. When I'm older, I want to join the peace corps or another organization so that I can help people in Kenya. A Language Arts project gave me the opportunity to share information about Kenyan conditions with my classmates and my community.
Post a comment
Submit your own

-In Kenya, 500 people die everyday due to AIDS