How to keep schools safe!

Favorite Quote:
Shaykul Islaam ibn Taymiyyah: It is sufficient to note that one of the effects of love of a member of the opposite gender is enslavement of the heart which is held captive to the loved one. So love is a door that leads to humiliation and servility. That is sufficient to put one off this sickness. [Majmoo' al Fataawa 10/132]

One of the most undermined problems in society is bullying. Bullying – the most salient problem especially in schools – needs to be taken care of as soon as possible. The feelings of a child that gets bullied are unfathomable. I would know, I’ve went through it for the majority of my life. The problem though – for bullies – is mostly their lives. Either they have absent parents, low esteem issues or just haven’t been taught right from wrong. The fight continues out of school fairly well, but is it safe to report it in schools? I propose a way to make a school environment safer in these ways: Have more supervision guarding the halls, bathroom (etc...); having a secret way to report incidents; create programs in schools where kids can learn to cope with these types of issues and learn to stand up against it. As long as there is dedication from teacher and student, there’s nothing to fear.
Having extra supervision in schools, monitoring the student’s interactions with one another, the school environment has little to fear. Although this is flawed and can only be used in the classroom, it will keep kids safe in the hallways, cafeterias, and outside school grounds. This person can be police officer or security guards as most high schools already have, but to give them a designated and controlled assignment in the field.

However, this cannot protect everyone and not everyone is bullied in the open. A way to shed some light on some of the bullies without becoming a snitch is “as easy as pie” The way is to put a suggestion box outside the bathroom or other areas where kids can easily pass through during times, which aren’t passing though, so they can anonymously drop suggestions or surveys. This will ensure privacy. The flaw however, is that there can be kids who lie, or misuse this. The goal though, is to report an incident so the proper authorities can keep a look out for the person in question. This isn’t supposed to be used as a testimony to expel the student, just to indicate trouble. The child can also put their name on the suggestion so there can be a private meeting to help the child.
The other two ideas shed light on what to do with punishment with bullies; hopefully this can help with those being bullied. Creating a program at school to help students fight bullying would be a tremendous jumpstart to teaching kids how to deal with danger. To put out programs in schools to help students fight bullying has multiple rewards. It is an extracurricular activity, the students would become helpers in the fight against a great threat and they would help other students with their bullying problems. Kids banded together would be an unstoppable force. Hopefully this would extinguish bullying in the school which uses this idea.

In conclusion I deem it appropriate to try and discourage bulling as much as legally possibly. For starts we can have an officer stand guard the hallways and other places to help students from bullies, have anonyms surveys that allow faculty to be aware of suspicious kids, and lastly create and anti-bullying program at school so that kids can learn the appropriate way to stop bullying. Hopefully we can stop bulling united! 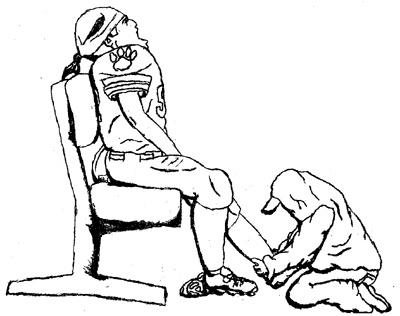 The author's comments:
I wrote this because Bullying has just gotten out of hand! It was a school assignment and I really got into this. This is essay is to teach others a better way to establish safer schools. I really hope that others can benefit from this!
Post a comment
Submit your own

Favorite Quote:
Maybe it's not about the happy ending, maybe it's about the story.

View profile
Great message and great write!! Keep it up :)