Waiting for the Bus | Teen Ink

Waiting for the Bus MAG

Last summer, I found myself ­sitting on a couch opposite a 38-year-old Filipino man named Peter who smelled like stale tuna, dirt, and a dream deferred.

“Where are you from?” I asked.

“What made you homeless?”

“Where do you stay and get food?”

I later discovered, by talking with the soup kitchen staff, that Peter is mentally handicapped. He moved to the U.S. when he was five, but he still had an accent. He probably already had his citizenship.

This was an unconventional way to explore a social topic. My best friend’s mother was the manager at a homeless shelter, and their fund-raising event was coming up. My friend was a film major at our school, and I was a theater major, so we pooled our talents and made a documentary about the causes of homelessness and how the shelter had helped many find counseling, food, shelter, and showers. I interviewed; she filmed.

It quickly became apparent that ­Peter wasn’t the only homeless person with seemingly insurmountable problems. There was Don, a 58-year-old professional drunk who had been in and out of rehab and jail most of his life. He was a colorful storyteller – he recalled in vivid detail being there the first time Ozzy Osbourne bit off a bat’s head. A marijuana stem was tattooed on his arm. When he was 15, his friend started to ink the tattoo, but Don decided to stop halfway through the process – an appropriate metaphor for his life. Every time he went into rehab, every time it looked as if he had found steady employment, he quit halfway through.

Then there was the woman simply known as the Bag Lady. A paranoid schizophrenic, she had amassed a ­collection of detritus and kept it in a grocery cart, never letting it out of her sight. She spent her days waiting for a bus that never came; she would scrutinize each one that passed her stop, invariably deciding it was the wrong one. She kept all her clothes layered on her body, even during the oppressively hot and humid Georgia summers. One day, she uncharacteristically tried to remove her clothes to take a shower at the ­shelter. She couldn’t. Sweat and dirt had plastered them to her body, and my friend’s mother had to rip them off her. She became hysterical when we asked to interview her.

As I helped set up the camera in the cafeteria to pan across the room, I became overwhelmed watching everyone. Peter prayed for his green card. Don displayed the tattoo that was never completed. The Bag Lady stared out the window at her stop in hopes that her bus would finally arrive. I could only think of that dream deferred.

My studies in homelessness continued long after the camera stopped rolling. I ­conducted more interviews, this time for myself. Most of these people were thrown onto the streets because an ­unexpected debt had upended their ­already volatile paycheck-to-paycheck existence, or because they were addicts who had never found adequate rehabilitation, or because they had a mental illness. Realizing the fragility of the line that separates “person” from “homeless person” has helped me treat everyone with compassion.

Instead of lecturing the homeless on not using welfare to buy drugs or hugging my purse as I speed by a park bench, I take time to listen to them. This experience also helped when I worked for the Obama campaign. I registered more people to vote in one day than most interns did in a week, because I approached the people lying on park benches, the ex-felons and homeless people who didn’t know that they could vote in Georgia. One man cried as he filled out the registration form; the State of Georgia had taken his vote from him 20 years ago. After that, the Savannah campaign held drives at all the homeless shelters.

Learning about the plight of homeless people has made my world a little more beautiful. I learned the difference between a mandolin and a guitar from a street musician named Guitar Bob.
I learned about the history of metal ­music from Don. Al taught me how to weave a rose out of palm tree leaves. Most importantly, I learned that these people are not welfare leeches, drug abusers, or society’s cross to bear. Homeless people have specific problems that aren’t impossible to manage, and with a modicum of effort and ­ingenuity, perhaps one day their bus will finally come. 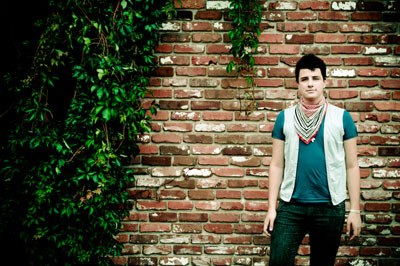 View profile
I created a documentary on homelessness as well, and it completely changed my perception of what homelessness is. It's really not what you think: everyone from a domestic abuse victim, an alcoholic, and the mentally impaired or disabled can become homeless. This is really eye-opening and shows everything I learned through my interviews. Nicely done :)
LanaH said...
on Oct. 10 2011 at 10:49 pm
LanaH, Sun City, Arizona
0 articles 0 photos 3 comments
View profile
Great piece! Strong ending.
K9_Typical_Islander SILVER said...
on Jun. 18 2010 at 4:16 am
K9_Typical_Islander SILVER, Koror, Other
7 articles 0 photos 47 comments

This article is very touching to the soul. You've not only showed your curiosity, but commited your actions in helping people. In the long run, you got positive feedback and experience unique only to you. Great Job! Especially when tying the title to correspond to the ending.

View profile
This is a fantastic piece of work written by a compassionate person. Well done.
SarahVanS said...
on May. 5 2010 at 4:22 pm
That is a truly moving piece.  I feel empowered reading it.  Kudos to you, Rose, for doing what most cannot: taking the time to listen.
awesomeaugust GOLD said...
on May. 5 2010 at 3:22 pm
awesomeaugust GOLD, Boston, Massachusetts
10 articles 0 photos 176 comments

View profile
I got a little teary-eyed at the end- you are brilliant at evking emotions from your readers. Although I haven't had the privelage of meeting Don, the Bag Lady or any of the other characters described in this article, I definitely have a new view of the homeless. Thanks for writing, and God Bless.
Forgottenpassword said...
on Apr. 13 2010 at 8:55 pm
Wow. Simply incredible. The compassion, wisdom, and bravery of the writer took my breath away when I first read it. In a word, Inspiring.
Hafsa the cub said...
on Apr. 13 2010 at 5:54 am
Beautifully written! Hope you will be rewarded for your efforts and wish you all the best! :)
Miami Teacher said...
on Mar. 22 2010 at 1:20 pm
LOVE YOUR STORY...I'll be using it to teach my high school Reading class. I always look for INTERESTING pieces that will hopefully make my students THINK about life and LEARN SOMETHING!! Thanks for your article...keep up the great work (both in writing and in helping the homeless)

Miss JJ
shelberlynn said...
on Feb. 6 2010 at 9:00 am
shelberlynn, Bristoville, Ohio
0 articles 0 photos 5 comments
View profile
this was really nice. its so cool to see someone taking action and comming up with some sort of result. Its great that you have this compassion and understanding and even more amazing that you could write about it in a way that could help other people understand. good job and keep writing.
Alekhya BRONZE said...
on Jan. 15 2010 at 2:16 pm
Alekhya BRONZE, Newton, Massachusetts
4 articles 0 photos 3 comments
View profile
Amazing! Honest! Well-written! Did I mention amazing?
coolrj24 said...
on Jan. 15 2010 at 8:14 am
nice story the ending was great!
KaynjaynKay BRONZE said...
on Dec. 2 2009 at 8:56 pm
KaynjaynKay BRONZE, Lillington, North Carolina
3 articles 0 photos 2 comments

Favorite Quote:
Faith is taking the first step even when you don't see the whole staircase.
Martin Luther King, Jr.

View profile
Wow! How amazing it is to find knowledge where none is expected to exist. Thank you for sharing such valuable information!
dylonmichael GOLD said...
on Nov. 13 2009 at 8:41 am
dylonmichael GOLD, El Dorado, Kansas
10 articles 3 photos 118 comments

View profile
Wow. This article is amazing. I really wish more people could be like you.
Angelak779 said...
on Sep. 27 2009 at 11:51 am
This article rocked my socks off lol but I try to tell my mother and sister how homeless people are still people and should be treated with respect and I'm glad other r treating them with respect to!!
sallysunshine12 said...
on Aug. 3 2009 at 10:42 pm
you have great passion love it