The Use of Cell Phones in Vehicles. Part 1 | Teen Ink

The Use of Cell Phones in Vehicles. Part 1

The most important part of driving is making sure that you’re just driving. Things get a lot more complicated when you aren’t even looking at the road. However in this complicated world, with lots of complicated people, with complicated lives, and complicated jobs, require complicated problems to be dealt with yesterday it becomes a very complicated decision on banning cell phone use while driving. However I firmly believe that driving and cell phones should not be done together, and after reading my essay I hope you agree.

*vibrate* Glances over at cell, taking eyes off the road to grab it and flip it open, glancing back at the road for a mere second before reading the text.
“Hey gurl, wazup? Im sooooo gonna b l8t 4 skool wat about u?” the text read. This takes three seconds to read. Driver then corrects steering looking for any obvious obstacles then returns attention to the cell to quickly reply back.
“lol, not me, im already on the hi-way, ill pick u up?” Sending.... Sending..... Sent. The driver returns attention to the road. Within half a minute the cell is vibrating again. A quick scan of outside and the driver looks down again.
“ok! Cool, ill be ready wen u get here.” She reads the response and without looking up quickly replies.
“good stuff,” Sendin....Sending.... Crash.

The driver slams full force into another car having crossed into the other lane as her attention was off the road. Within the first tenth of a second both the front bumper and grill of her car has collapsed. Next the hood is destroyed, it raises up- striking the wind shield. The car spins, and the back lifts up into the air, the fenders of her car wrap around the other vehicle. The car frame has been stopped by this force as the interior inside it continues moving thanks to inertia. Her legs stiffen naturally bracing for impact causing them to snap at the knee. Within the next tenth of second the steering wheel falls to pieces, and the shaft is aimed at the driver chest. The fourth tenth of a second shows a completely destroy first two feet of the car. This leaves the drivers body moving at ~88 km/h, and the back of her car moving forward at ~ 53. Another tenth passes us by, the steering column skewers the drivers chest and she slowly begins to drown as her lungs fill with blood. The break pedal breaks off, as the force of impact tears the driver’s shoes away from her feet. Her head contacts the wind shield. The rear of the car hits the ground again. The seventh ten comes and goes, hinges on the doors are ripped loose flying the open. Chairs are no longer secure and they hit the driver from behind. But don’t worry it won’t hurt. Little miss text-while-driving is already dead. Wonder who’ll be picking up her friend.

Drinking and driving is stupid, no doubt about it. We’ve had it drilled into our heads since we were barely old enough to read let alone drink or drive. In an experiment that was conducted by University of Utah and lead by Drs. Frank Drews, David Strayer, and Dennis L. Crouch it was found that without a doubt talking on the phone is just as dangerous as driving under the influence, and texting to be more so. Their study showed that cell phone users (this includes both hands held and hands free as no visible difference between the two was ever seen) not only drove a noticeably slower, they were also a whole nine percent slower when hitting the breaks, seen to have a twenty four percent difference in their following distance. Following distance is described to be the difference between ones vehicle and that of the one driving in front of them. While people who aren’t using cruise on highways, or just driving in town will have a slight variation or almost rhythm of speeding up and slowing down to keep the correct distance away from the car in front – those using cell phones showed far greater variation as their attention was distracted not allowing proper adjustments in speed to occur. On top of this; upon breaking there was nineteen percent delay upon returning to normal speed. And three of the test subjects rear-ended the car in front of them during the simulation. Not a single one was drunk.

In an identical experiment with the exception of a cell phone distraction being changed into a 0.08 alcohol blood level, it was observed that the drivers were even slower than the cell phone addicts. The drunk drivers however redeemed themselves by being able to follow the pace of the car in front of them, breaking far better than the distracted driver in both delay time and force. To top it off they reacted well to the vehicle in front of them breaking, didn’t suffer any loss of time with recovering speed and didn’t have a single accident. Every single one, of these drivers, was drunk.

So according to these results cell phones are far worse of a distraction then a 0.08 blood-alcohol level. However let’s say the results were smudged a bit because the people doing them were a bit anti-cell phones. After all you can’t trust everything you see on the web, however looking on Wikipedia you see that another experiment was done very similar to the one described above the results for it are as follows.

Means and standard errors (in parentheses) for the Alcohol, Base line, and Cell-Phone conditions


As seen above , the results echo quite similarly what the first experiment says, in my mind, therefore validating it.

Many teens themselves believe that cell phones are extremely distracting however despite that, the majority still violate any regulations prohibiting cell use within the vehicles. Apparently a yearly estimate of 21% of all fatal car accidents for teens drivers – 16 to 19 years of age – are cell phone related. In 2007 alone cell phones including both texting and calling contributed to over 1000 crashes in the US alone. However teens aren’t alone in this dangerous activity, 50% of all adults aged 18 to 24 admit to texting while driving, and 25% of all accidents in general are caused by cell phone use, as people are approximately four times more likely to cause a serious accident when using phones. In a study, by Nationwide Mutual Insurance Co, a large majority at 73% of the 1200 sample population admit to driving and talking on their phones, and 19% text. What does all this equal out to? Almost the population of our town are killed yearly from cell phone use, with ~2600 deaths annually, and about 330 000 injuries. Cell phone usage of course varies, and obviously the more you use the phone the more of a risk you potentially become. About 27% of the population are the cell phone junkies using their cells for more than half the trip, a short rise to 30% will use the cells only on highways while 85% will use their phones once in a while. Interestingly enough almost the same percent (84) of the people using the cells also believe that the phones will cause increased chance of accidents, and when you consider that teenagers who text while driving have 400% increase of time with their eyes off the roads, it’s not hard to see why. 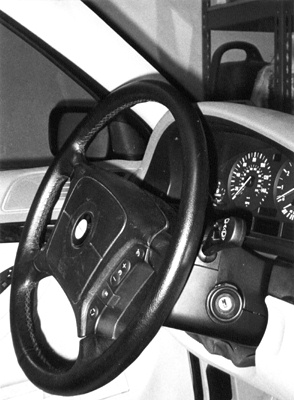