Copper Taste in my Mouth

Favorite Quote:
"Let us live so that when we come to die even the undertaker will be sorry."

Sirens blaring added to the maze of chaos I was stuck in. The reality of it all left a surreal impression for years to come. I witnessed an event that some people will never fathom in their lives, I was only fifteen.

I was looking out the front of our car when I heard screeching of breaks followed by a silver Cadillac soaring above the median and onto oncoming traffic, on the other side of the freeway. Then it started again, the screeching of breaks and the car got hit a second time. With the second blow came the sound of shattering glass and people. Two people got ejected from the car, and landed like a bug on a windshield, to the side of the road.

My dad immediately stopped the car and all 3 of us ran over to help the two people that lay like ragdolls on the side of the road. As we approached I knew that one was gone for sure, due to decapitation, but the other lay motionless. He screamed and yelled for his mom who lay next to him. That’s when I first noticed the bitter taste of copper on my tongue.

To say I was in a state of shock would be an understatement. I persevered to stay calm; I had to swallow the taste. I didn’t know what to do. So I took orders from anyone and everyone. My job was to hold the live victims head up so he couldn’t drown in his own blood. Minutes went by and finally we heard the sound of sirens that we, or at least I, had been waiting for.

We found afterwards that their lives could have been saved if the driver would have been driving more careful and if either of them had worn their seatbelt. Something so simple. Something life changing.

My hands and fingertips were blood stained. The taste of copper froze in my mouth. A taste I could not get rid of. A taste that still remains. It reminds me of the crash. Everyday I pass the crash site; it reminds me of the taste. It serves to me a reminder: that anything can happen, for better or for worse. Life is what you make of it, even if it’s hard to swallow. 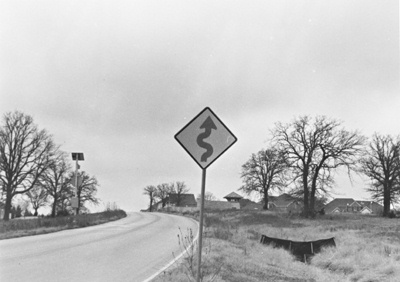