Sadness and The Sea | Teen Ink

Sadness and The Sea

Sylvia Plath’s connection to the sea is reflected in her ability to transform its meaning in her literary repertoire. Through poetry, short stories, and narrative pieces, Plath uses seascapes to create feelings of despair and nostalgia. Many of her poems illustrate scenes of waves, skies, and the feeling of ocean salt and sand set under different moods. In Point Shirley, the speaker visits a New England grey-toned beach to mourn a late grandmother. In Two Lovers and a New Beachcomber by the Real Sea, Plath bends the meaning of the sea to describe a summertime honeymoon through a distant speaker. In Contusion, a bruise is compared to a hollow spot near the shore. Having grown up in a number of New England seaside towns, Plath found solace in the ocean, evidenced by her integration of seaside imagery with poetic literary devices.

The melancholic and macabre style in which Plath writes Point Shirley is enhanced by a portrait of the sea. During her childhood, she and her family often visited her maternal grandparents home in Point Shirley, Massachusetts. Her time spent there had a lasting effect, and in Point Shirley, the stanzas become increasingly morbid as the speaker mourns the death of her grandmother. (Plath, Point Shirley) “Grey waves the stub-necked eiders ride. A labor of love, and that labor lost. Steadily the sea.” The speaker expresses her sadness at her beloved grandmothers passing through memories of the waves, and how they were influenced by her life. “In my grandmother's sand yard. She is dead… The sea's collapse. Snow cakes break and welter. This year, the gritted wave leaps. The seawall and drops onto a bier… Leaving a salty mash of ice to whiten.” In the grandmother’s absence, the waves have lost its  vivacity and life, decaying in the same macabre manner. As demonstrated by her parallel of the sea to a loved one’s death in Point Shirley, the sea is the center-point of Plath’s universe and interpretation of her emotions.

In the poem Contusion, the sea is used as an extended metaphor to describe a bruise. Contusion is a lesser known poem published in Sylvia Plath’s 1965 posthumous poetry book, Ariel. The four stanzas compare a bruise on the body to a hollow divot in the sea, created and then abruptly abandoned by the ocean’s tides. (Plath, Contusion) “The sea sucks obsessively. One hollow the whole sea’s pivot. The doom mark.” The reader is given the familiar, mundane  image of a bruise, and Plath then uses the movement of water to convey the feeling of being left empty. The word choices, such as “doom”, “washed-out”, and “dull purple'' convey the morose emotions. This analogy is evidence of her constant introspection and interpretations of the world revolving around the sea. In Johnny Panic and the Bible of Dreams, a collection of her diary entries from, the most insightful quote to her love verbalizes (Plath, Johnny Panic and the Bible of Dreams) “I sometimes think my vision of the sea is the clearest thing I own.”  Plath’s father passed away of diabetic complications when she was eight years old, and intense grief and longing for a paternal figure plagued her throughout her life. Contusion describes a hollow spot, which could be a metaphor for the emptiness Plath experienced following her father’s death. An innate and intimate connection to the sea which she developed in her youth is illustrated in Contusion, in which her feelings manifest themself as a shoreside divot.

In Two Lovers and a Beachcomber by the Real Sea (1955), Plath reminisces on memories of a beach vacation with a lover, evoking melancholy and nostalgia. (Plath, Two Lovers and a Beachcomber by the Real Sea) “Blue views are boarded up, our sweet vacation… thoughts that found a maze of mermaid hair tangling in the tide’s green fall.” In this line, she uses alliteration and imagery in a short story of shells, birds, and the beach and sky. While the visuals are clear and illustrative, the memories themselves feel distant, as if they're being revisited through a scrapbook or time capsule.  In a short biography and analysis of Plath’s writing by The Maritime Studies Program, her references to the sea are examined. The dreamy seascape of Two Lovers and a New Beachcomber the Real Sea show that Plath uses familiar images of beach dwelling to convey feelings.

The modification of the ocean in Sylvia Plath's writing has helped establish a distinct literary style. Plath's work is characterized by macabre moods, moroseness, nostalgia, despair, sadness, and grief. A glimpse back into her childhood spent by the sea reveals the origin of the topics she writes about, and how they impacted her into adulthood. The sea is constant, unpredictable, beautiful, and has an immeasurable depth, just like the emotions Sylvia Plath captured in her writing. 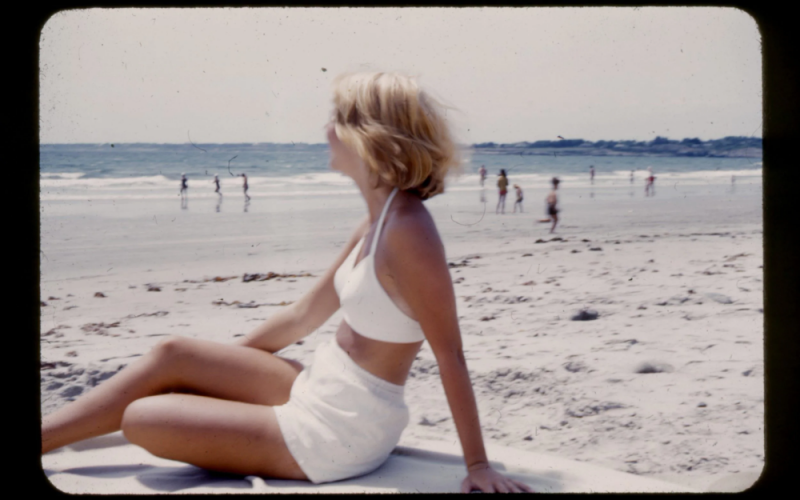