I'm thankful that I've had the chance to move within walking distance of the beach.

But, my walks on the beach have led to my first New Year's resolution, which is to breathe. Sure, on the surface this might seem like the easiest resolution to keep, right? Just breathe. Done. Let's eat!

It's a little more Zen than that.

When I'm walking and thoughts are bouncing inside my head like Ping Pong balls, I'll reach the point where my pace becomes exercise and my body tells me, "Hey, we need to breathe!" Then, all my thoughts drop away as I intake a big gulp of air. I also take in the sights and sounds of life around me. The sunset over the Pacific Ocean. The pelicans skimming low, surfing the push of air ahead of the waves. For the length of that deep breath, I'm happy.

I'm one of those disgustingly happy people, but I don't feel happy all the time. Ninety percent of the time, I feel neither happy nor sad. Just… eh. And there's nothing wrong with that. I think pure happiness is so intense that we couldn't sustain the feeling for long.

My deep breath and the happiness that accompanies it is enough to get me through a whole day, or sometimes a week. For that moment in time, it doesn't matter that the bills are all due, and the baby needs shoes, and I'm busted. It doesn't matter if I'm being bullied, or if I've been a bully and I don't know how to stop. Whatever is going on in my life that might bring me anxiety is completely irrelevant. There isn't a problem in the world that can't wait for the length of a breath. In fact, most of them will be solved more easily after we've collected ourselves.

So, my first resolution is to remember to take that breath. Remember to, for a moment, live only in that moment. To take my daily jolt of happiness, whether that comes during a walk on the beach or while sitting in traffic.

My other resolution is to really see the person in front of me.

Again. Duh! If you don't see the person in front of you, you're going to bump into them and p*ss everyone off.  Of course, that's not what I mean. Let me explain.

I had a friend my second freshman year of college who was definitely one of the cool kids. She probably wouldn't have thought so, but everyone else in our class would agree with me. I don't remember whether I took note of it then, or if I've filled in my memories after the fact — it doesn't really matter either way — but I noticed what made her so cool was how she really focused on whoever she was talking to, whoever was in front of her.

Maybe you know people like this. They listen with their whole being regardless of who is talking to them or what they are saying. That makes the other person feel special, or I should say, they become aware of how special they actually are — because we all are.

Back then, we were theater majors studying acting. Listening is a big part of that discipline, but my friend applied it to life more than most. I always envied that. Don't get me wrong, I'm not aloof or anything. I'm told I'm a good listener. Now that I write novels, I've become a keen observer, but there's a distance to observing. It's not actively listening.

At a traffic light the other day, there was a man with a sign asking for money. I fumbled around my car, checking for change and after finding none, put my hands up and said, "I haven't got anything."

I hope I can see more people in the new year. 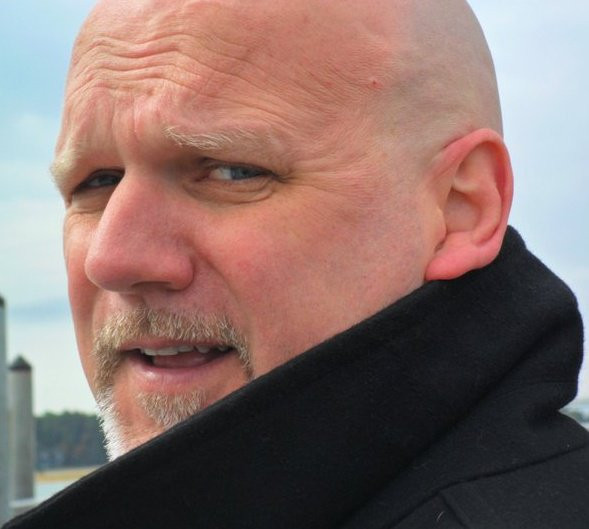 Originally from Winston-Salem, North Carolina, now living in San Clemente, California, R.S. Mellette toils away at turning his imaginary friends into real ones. He has worked in various capacities on Xena: Warrior Princess, Blue Crush, Nutty Professor II: The Klumps, and Looney Tunes: Back in Action. He's the author of the Billy Bobble Makes A Magic Wand series. Look for his new YA sci-fi novel, Kiya and the Morian Treasure, in April!

You can learn more about R.S. Mellette here:
https://rsmellette.com/