Do you long for deep and meaningful friendships, ones that make you feel connected, accepted? Like family? But how do you find them?

Alana Peterson, a main character in the new novel, Messenger, lives in New York City after her mom died four years before. She never knew her dad, who abandoned them. Alana does have a best friend, Mary, some peripheral friends in the city, and family in California. That’s it. Alana works alone. Eats alone. Spends Christmas alone.

But when Alana meets Messenger, the mysterious woman giving timely life-changing messages to seemingly random people all over NYC, everything changes. By the end of the novel, Alana finds a new family with Messenger, Ed, and the other friends in the neighborhood.

How did she do it? Follow Alana’s journey from loner to the joy of finding her family of friends.

Who would have thought that Messenger — an older, seemingly homeless person, who won’t reveal anything about her past, not even her real name — and Alana — a 20-something journalist — would become such close friends? Messenger is kind and loving but she disappears for days, is unreliable, unpredictable, and drives Alana crazy. Alana is ambitious, driven, and focused, determined to make it as a writer. Messenger’s story is just the big break she’s yearned for.

At first, Alana’s only interested in Messenger professionally. But as they spend time together, drink coffee at Ed’s, walk and talk through the neighborhood, Alana crosses the line. She realizes she loves Messenger, that knowing her brings joy, laughter, and meaning to Alana’s life. At the end of the novel, Alana reflects on Messenger. “What was she to me? A friend? A teacher? Ed said she was like a mother to us — and that was true. All that and more.”

Friendships Can Start Out Rocky

Ed, the manager of Messenger’s coffee shop, is anything but friendly to Alana — shut down, hostile, even. And the feeling is mutual. Alana resents how Ed runs hot and cold, can be downright rude, and never shares helpful information about Messenger. Alana’s jealousy of the strong bond between Messenger and Ed also stands in the way of their friendship.

But slowly, thanks to Messenger’s prodding, the two begin to let go and trust each other. When Messenger goes missing, Alana and Ed work together. Finally, what has been brewing between them develops into love.

Old Friendships Change as We Do

At the beginning of Messenger, best friends Alana and Mary, share similar values and goals. As the story progresses and Alana changes, their relationship becomes strained. Mary’s justifiably worried about the Messenger Project and Alana’s obsession with it. Alana resents that Mary looks down on Messenger and on Ed because he manages a coffee shop.

At one point, at a Friendsgiving at Mary’s fancy apartment, Alana realizes how much she’s changed,  “. . . looking around at all of Mary’s beautiful friends, so polished and smart and successful, Alana wanted nothing more than to be anywhere but here — at Ed’s or on Fifth Street with Messenger and her friends.”

Friends Can Be a Package Deal

“Hanging out with Messenger and her friends had revealed a truth Alana had run from for a long time — how alone in the world she was. After Messenger came into her life, all that changed.”

Some of these friends are mysterious — the Watchers and the Helpers. Some aren’t even friendly to Alana — the Flower Lady or Jackie. Most grow hostile after Alana’s actions bring about a terrible attack. None of that matters.

Alana knows, “Mary would never understand. None of Alana’s old friends would. She herself wouldn’t have understood six months ago, that she’d find what she’d always wished for here. A home. All of these people in the neighborhood were her people now.”

Friends Bring Out the Best

Through Alana’s friendship with Messenger, Alana discovers gifts she never knew she had. Her goals are now about making a difference, sharing the good news of the messages, and playing the new role she’s been given. She learns from her mistakes and discovers what her journey has really been all about.

Yes — friends can be like family in all the best ways, but to find your family of friends can be challenging. It takes time. But don’t worry. Just like Messenger’s messages, life has a funny way of putting us together with just the right people at just the right time. That is, if we’re open and pay attention. 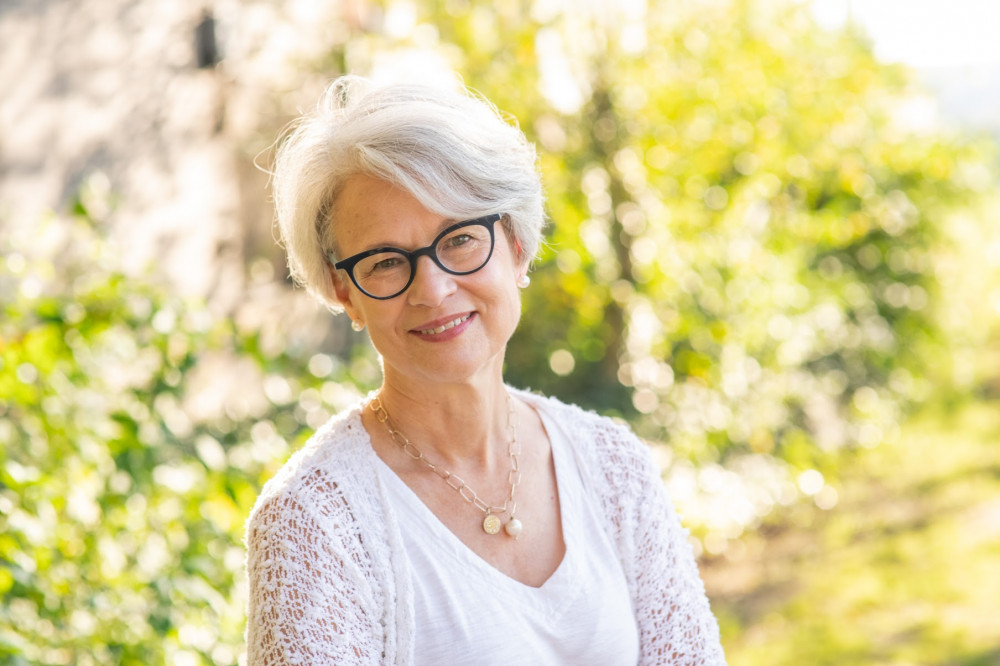 Liz Keller Whitehurst is the author of her debut novel, Messenger, and author/creator of the serial podcast MESSENGER: A NOVEL IN 16 EPISODES, which she launched in 2020. Her short stories have appeared in many literary magazines and journals, including Gargoyle, The Portland Review, Five Fingers Review, and Nimrod International Journal. She was a finalist in Nimrod International Journal’s Short Story Competition. She earned an MA in English from The University of Virginia. In addition to fiction writing, Liz has spent her professional life writing and teaching. She’s done corporate, non-profit, and freelance writing, and has taught English and writing at Virginia Commonwealth University, the University of Richmond, and J. Sargeant Reynolds Community College. Her last teaching post was co-leading a memoir writing class at the city jail. Though born in Ohio, Liz grew up in Winchester, Virginia, and has lived her adult life in Richmond, Virginia. She shares her current 1891 home, located in one of Richmond’s oldest neighborhoods, with her husband. Her second-floor writing desk overlooks the James River.

You can learn more about Liz here:
http://lizkellerwhitehurst.com