The new iPhone X is awesome, but did the advancements of technology become a double-edged sword for teenagers. As the first ever computer was created mankind had been able to slowly develop the technology overtime until men like Steve Jobs the creator of Apple and Bill Gates the creator of Microsoft came along. These men along with many others sped up the process of the technology, giving us the incredible inventions of the future; they gave us a better way to work, learn and one of the best things, find entertainment. With all the social media apps we have today, to be able to post your status and pictures or talk to your friends on sites like Instagram, Snapchat, Facebook, etc, everyone especially teens would benefit from this being able to share your experience with other people and communicate with their friends, right? Well, people aren't too sure and they are right. Over the years teenagers have changed due to the influence of their electronics, making them more narcissistic, causing them to lose focus on their studies and hurt them and the people around them socially.
If you don’t know what narcissism means, let this article teach you the meaning of this word so you can post it on Instagram or any social media site you use to look smart in front of your friends. Narcissism means you are so fixated on yourself because of some great thing you possess that the people around you don’t; the word comes from a Greek myth with a dude named Narcissus, sound familiar? He was a really handsome man, enough for every woman on the world to look at him and say he’s hot, a lot of women fell in love with him, but he was a jerk to all of them because he thought they were unworthy of him because he was so much better looking. This went on for a good while until the goddess of revenge Nemesis lured him over to a lake,  where he saw his reflection and then after looking at his mirrored self he fell in love with his reflection; after he saw himself he just stood there enchanted of his own beauty and he died doing so (Is). These days that is happening to teenagers, they don’t stare off into a picture of themselves and stay like that but the ones who use social media often have been seen to be more narcissistic than the ones who use them less often, although not every one of the teenagers who use social media often are narcissistic, but ones that do they admire themselves a lot when they look at their profile on the site, sound familiar? Social media sites have also encouraged more teenagers to seek attention to themselves, bragging about their great lives on a site where they know a ton of people will see it and maybe even like their photos of themselves with their expensive objects, or maybe a house with their own pool. There have also been situations where a narcissus person was the cause of the problem and here’s a little story about something that happened.


So when I was 10, I was at Crater Lake in Oregon with my family we stopped by at a site seeing spot to take pictures, it was generally crowded with people looking over the lake, our family were trying to find a good spot to find a place to take a group photo; we were all set up to take a picture, just as a timer was counting down there were these two teenagers from the other family over just walked through because they wanted to get a better angle on their selfie; completely clueless that they blocked our shot and when they were done they just left because they wanted to post the photo not even realizing that they photobombed the family. So there you go, social media sites given to us by the future of technology have been affecting this generation of teenagers by turning a majority of them a bit more unaware and narcissistic.


So if there are any parents reading this who also have a teenage son/daughter that thinks screen time is anytime you have probably said to them at least once: “Sweetie get off your phone/laptop/etc.” Because they were on their phone chatting, watching videos on Youtube, etc. Sometimes the time they're using up is harmless, but what about when they use up their study time to stare at their screen for hours and hours more? This is starting to be more common than before and is also spreading to college students instead of just teenagers, the cause of the problem is the technology we have now. All over the world college students having been increasingly lazy than they were about a decade ago, more and more of them were becoming mentally lazy over time, this is not including teenagers and their electronics where that has been going on for almost decade(Technology). Ever since social media became something after being non-existent there has been a huge increase in use, like Facebook which has over one billion users alone, social media have been a huge distraction for teenagers in class, kids looking at their notifications in class or talking to their friends through Skype while pretending they’re work on their assignments or kids watching Youtube videos pretending that they’re doing research. This is not accounting the time where some teenagers would spend time on the sites at home instead of spending time doing their homework or study for that test they had tomorrow. There have also been cases where it was video games addiction, although it is helpful to improving hand coordination and reaction time it is still a distraction for college and teenagers from their priorities in studies. These problems have been occurring due to technology and social media ever since these were created.


One of the first things you learn when you're a kid is how to be a good person, how to care for people you care about and to be a decent human being when you grow up. The time you are a teenager is when you start to really grow up as a human being, in own time you would start to mature into an adult. As this is the time you would start to grow up, this is also usually the time when you are exploring, rebellious and can be emotionally unstable from time to time; these attributes are the basics in an everyday teenager. Ever since the technology we got to use and look upon our social media site, teenagers have been able to explore the world, but it has also sent them into their own little world causing sometimes heartbreaking results. As teenagers starting to use social media more often they tend to block out people that care about them, family and friends, when some of them try to reconnect with you although not all teenagers do so they push them away and sometimes with a bit more than just words. That's what happens when one is sucked in, but what if everyone was sucked in but you. Imagine if all your friends were on social media talking and excluding you from the conversation, what if they were insulting you behind your back. Although these don't sound too horrible, there have been cases where it had push kids over the edge, to end their own life because others wouldn't stop hurting them. Teen suicide is a highly regulated and tracked subject to some people there are organizations dedicated to stopping it. Research has shown that suicide rates rose between 2010 and 2015 after being on the decline for the past two decades and the reason why would be social media (Rise). Although social media is not usually the main reason why a teen would end their life, it could be the trigger to shoot the bullet for them. Imagine if a teenager's darkest secrets were posted on to the public social media site for everyone see it, they would be laughed at, feeling betrayed if the person who posted it was their friend and if the secret was a wrongdoing they would be isolated by their friends. Suddenly one day where they couldn’t take it anymore, they would write their goodbyes maybe even a few insults to the ones that cause their deaths and then they would slip into the afterlife, all because some people were jerks online.


All things are taken into consideration, today’s technology is the most advanced and entertaining we have gotten to, but not every invention is the perfect invention as we see with social media. There are good things about social media: the fun posting, the communication, etc,... but as we know there are cons. The cause of self-attention lost focus of study and emotionally affecting friends and family have all been occurring due to social media by technology. What would you think about it though are there any other effects social media is causing? 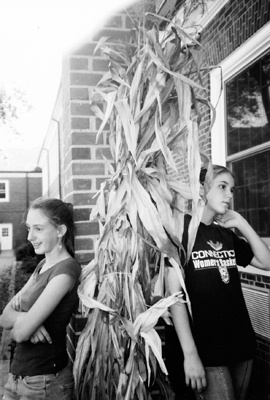