Inside Out proves to be a surprisingly charming animated that is packed with fantastical components, comedy and scores of drama. The movie revolves around Riley, a generally joyous girl that loves hockey and everything that her home in the Midwest offers, especially some of her closest friends. However, Riley finds her family moving to San Francisco for her father's job. In the process of moving, Riley is basically forced to say goodbye to everything that she has come to know and love and is forced to move to an area with an entirely different view on life. Due to this change, Riley's emotions, who are led by Joy, are now forced into a difficult situation that they haven't had to deal with so far. Despite this, the emotions still try leading and guiding Riley through this rough time, especially Joy, who is quite keen on ensuring that Riley is always happy and has only the best memories. However, much to Joy's dismay, Sadness is brought to the forefront during Riley's struggle to adjust. With Sadness aiding to deal with Riley's feelings and helping her to feel upset about the situation, Joy has to do her best to ensure that Riley maintains happy, but in doing so, she and Sadness end up getting swept away to the far corners of Riley's mind, meaning that they can't be of much use. With Joy out of the picture, as well as Sadness, the only remaining emotions at the headquarters are Anger, Fear and Disgust, which can only mean trouble during this very delicate period of time.

Inside Out proves to be an emotionally engaging adventure that utilizes its creatively clever concept to its fullest potential, along with plenty of surprisingly touching moments, to create an unsurprisingly triumphant hit. Like most great Pixar movies, the movie will be sure to emotionally touch audiences of all ages, especially towards the end when all of the drama conjured combines together to create plenty of intense, heartfelt moments. While the movie is visually stunning, the true heart and soul of the movie is the brilliant dialogue and incredibly original ideas that are introduced throughout that easily elevate this movie to the next level of greatness.

Inside Out is one of the finest family friendly ventures out there, and for good reason. Sophisticated enough to almost be an adult movie for kids, and enjoyable enough to allow adults bring out the inner-child in them, the movie truly does balance between its intended audiences to create a relentlessly smart animation that will be sure to please. Additionally, the movie truly is quite the sight to behold. Aided by plenty of technology, the movie is able to utilize both amazingly vivid visual effects and some superb special effects to bring the whole roller coaster to life.

Inside Out has the rare ability to be enjoyed by both critics and viewers alike. Rotten Tomatoes gave the movie a high 98%, which is just as impressive as it sounds, and an outstanding 93% of Google users liked the movie, solidifying the concept that the movie is a great fit for a wide variety of audiences.

Inside Out is a dazzling adventure that has a spectacular story, charismatic characters and enough magical charm to combine together and form something truly special. As a movie that revolves around personified emotions, it shouldn't be that surprising that the movie manages to make audiences feel a whole spectrum of emotions as well. There's hilarious comedy, heartbreaking drama, elated joy, painful sadness and just overall feeling how the characters on-screen do. As a movie that is perfect for just about anyone and everyone, this is without a doubt an absolute must-see. 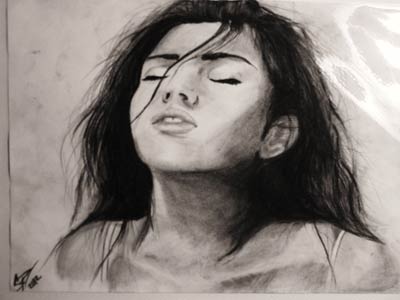 "Do you ever look at someone and wonder, what is going on inside their head?" - Joy