Favorite Quote:
“How vain it is to sit down to write when you have not stood up to live.”
― Henry David Thoreau

In the class vein of Heinlein, Sean Danker spins a unique science fiction tale. A man wakes up with three recently graduated recruits in the Evaguardian military on a dying ship. The man is the last to wake and he appears to be an admiral. But no one can remember what happened. Is the man who claims to be an admiral a spy and will they all end up dead? The one question on everyone’s mind is who is the Admiral?


The book starts off with a bang, but dies off from there. The group constantly faces one problem after another. The stakes never lessen. But maintaining that tension is a challenge that Danker manages to pull it off. It reads like a Hollywood Blockbuster movie. The action is well written and the mystery is intriguing. The dialogue could use some improvement, but it does not take away from the overall impact of the novel.


Admiral is perfect for fans of The Martian and John Scalzi’s Old Man’s War. It manages to be technical like the former, but creates an amazing world like the latter.  In the end, it turns out to be a fun read that also ends up being a smart read as well. It is set to be released on May 3rd 2016 by Roc. 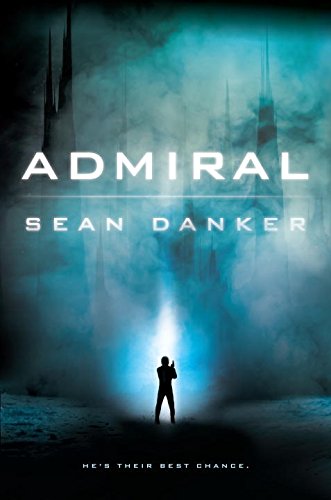